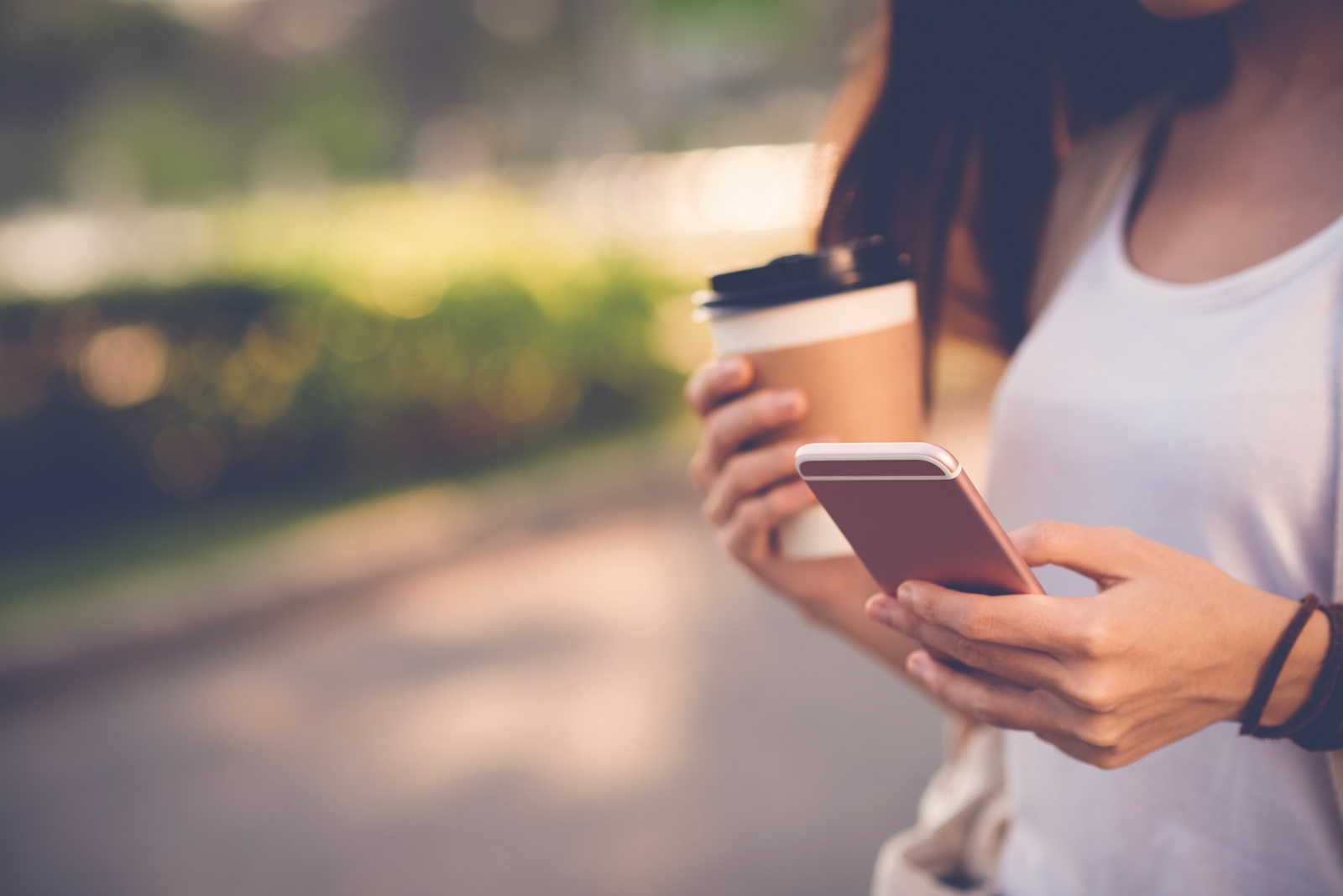 “We would pay for her breast removal surgery as a graduation present, she could take testosterone over the summer, and she could go to college as a boy. –Parents of a 17-year-old transboy.”[1] “He may refer to himself as a boy but says he wishes he were a girl. He has asked how old he can be before he can have his ‘pee-pee’ cut off. –Aunt of a gender-variant 6-year-old boy.”[2] These and other similar cases have illuminated a rising sexual trend that has erupted debate among scientific, governmental, and religious organizations. Although some attempt to make mental gender identity and sex change innocent exercises of freedom, this paper asserts that these have significant morally, biologically, psychologically, and sociologically harmful implications.

Transgenders trace their origins back tens of centuries and to many cultures.  Scientist Deborah Rudacille claims their existence in “ancient Greece and Rome, among Native American tribes prior to the arrival of Europeans, on the Indian subcontinent, in Africa, in Siberia, in eastern Europe, and in nearly every other indigenous society studied by anthropologists.”[3] In more recent centuries, German sexologist Magnus Hirschfeld founded the Institute for Sexual Science in Berlin, at which “the first sex change operations were performed by Dr. Felix Abraham: a mastectomy on a trans man in 1926, a penectomy on his domestic servant Dora in 1930, and a vaginoplasty on Lili Elbe, a Danish painter in 1931.”[4] In 1952, Danish American Christine Jorgensen, born physically a man, “was the first transgender person to receive significant media attention.”[5] Transgender acceptance reached a century apex during the Sexual Revolution of the 1960s when “women’s greater awareness of their femininity was having a direct and deleterious effect on men’s masculinity.”[6] Since such key historical events, a set of transgender lingual has come into existence. This paper defines assigned sex and physical sex as that determined solely by genitalia at birth. Mental sex defines gender. Biological sex encompasses both genitalia and mentality. A transgender has one physical sex and another mental sex. A transsexual has undergone sexual realignment surgery. A transwomen is born physically a man but seeks to be a woman either as a transgender or a transsexual. A transman is born physically a woman but seeks to be a man either as a transgender or a transsexual.

The debate on whether or not people born one physical sex should have the option to surgically transition to the other physical sex employs many principles. On one hand, transsexual realignment appeals to the autonomy principle, asserting that transgenders have “the capacity for self-governance or self-determination.”[7] Keeping a woman in the body of a man, or vise versa, allows extreme mental harm to persevere and only surgery will soothe the torment, thus appealing to the non-maleficence and beneficence principles. Anti-transsexual realignment, however, also appeals to these two principles to explain how this surgery would harm transgender bodies, and it encourages psychological correction, lest its lesions fester a mentally ill society and inhibit the utilitarian principle of producing “the most favorable balance of good over bad for all concerned.”[8] It asserts that transsexuals violate the design of nature and “underestimate the enormous significance of the birth of a child.”[9] This surgical procedure, therefore, also violates natural law and the Christian duty to procreate.

Transgender supporters, however, utilize a set of biological arguments that seek to scientifically justify physical sex changes. They argue that transgender mental sexual makeup naturally and uncontrollably differs from their physical sexual makeup “assigned at birth”[10] and that only through surgery and hormone therapy will they find peace. Mentality, therefore, serves as a reliable indication of sex, whereas chromosomal, genetic, anatomical, gonadal, germinal, or endocrine (hormonal) indications may not. Androgen insensitivity syndrome and congenital adrenal hyperplasia provide two such examples. In the former case, “it is possible for a person to have XY chromosomes yet female-body morphology and genitals.”[11] In the latter case, “the child’s genetic state results in the fetus’s being exposed to unusually high levels of testosterone”[12] and in girls, “this triggers development of male external genitalia.”[13] This means that a person with XX chromosomes can develop an external structure similar to a penis, even though the female internal reproductive organs usually develop normally. Treatment for these and other similar conditions often includes “continuous hormonal treatment”[14] and “extensive surgery on the genitalia.”[15] These alterations attempt to direct people who have sexually contradictory biological indications to one particular physical sex, sometimes by the decision of the patient. This situation has many overlaps with a transgender seeking sexual realignment surgery. These people claim to have a mentally contradictory indication of sex and also seek to surgically direct their physical sex by their own decisions.

This transsexual appeal to intersexual situations as justification for a universally moral obligation to allow sex changes, however, is misleading and promotes bodily harm. Transgenders love to herald intersexual people as their biological conviction and moral proof for surgeries that tamper with physical sex: “Some trans people identify as intersex or find that this can be a way to explain ourselves to others.”[16] This reasoning, however, only seeks to convolute the issue as it contains a false equivalence and a red herring. Intersexual diagnoses deal with physical, anatomical, and physiological discrepancies. Trans expert Deborah Rudacille explains how the gender variance of such people “is inscribed on their bodies, in their gonads, genitals, or chromosomes—and so seems ‘real’ because it is a material, measurable entity. The same is not true of transgendered and transsexual persons.”[17] This means that one can identify an intersexual person by uncommon combinations of male and female reproductive organs. Thus, intersexual surgeries seek to give a physical definition of sex to those with ambiguous physical sex. Transgenders, Rudacille differentiates, have a clear physical sex at birth and seek to transition from one biological sex to another. The starting points of these two situations drastically differ and therefore reveal separate purposes for surgery. Intersex surgery endeavors to correct, while transgender surgery blatantly mutilates. The former upholds the beneficence principle, while the latter violates the non-maleficence principle. The transgender argument, therefore, must shift away from physical sexual discrepancies and consider mental sexual discrepancies.

The belief that physically born males can have female brains or that physically born females can have male brains lacks scientific evidence and actually stimulates mental harm. In other words, the argument that a male body can contain a female or that a female body can contain a male is a sheer delusion. It denies the fact that “most studies of spatial ability in trans people have shown that we have similar abilities to those of our assigned sex and not our gender identity.”[18] This observation explains how the brains of transgenders do not fully transition from one mental sex to another. In fact, “Trans people have brains that are different from males and females, a unique kind of brain.”[19]While these brains may exhibit unique characteristics in adults, they still supply hormones that aid in creating male or female physical sexual makeup during gestation and thus align brain and body at birth. The fact that “‘gender identity disorder’ has been created to replace ‘transsexuals’ as a diagnosis in the American Psychiatric Association’s Diagnostic and Statistical Manuel of Mental Disorders (DSM)”[20]equates transgender tendencies to a psychological sickness. Sex change stresses a physical problem and hides the mental problem, thus violating both the veracity and non-maleficence principles. The question of why transgender brains exhibit exclusive physiognomies still remains.

Several physiological, psychological, and sociological considerations give evidence that transgender tendencies result from harmful nurture as opposed to nature and that they can damage society. This argument first requires an understanding of the brain and hormones in relation to sexual development. The hypothalamus and pituitary gland operate within the brain and during puberty secrete three significant hormones (GnRH, LH, and FSH), which spike testosterone levels in males and estrogen levels in females, which stimulate sexual development and attraction. In 1930, biologists noted that animals that had their pituitary glad removed “suffered atrophy (shrinkage) of their genitals.”[21] Such extensive tracking of hormones and experiments show that this part of the brain plays a key role in sexual attitude and development. Research has also found that “maltreatment and sexual abuse may lead to permanent or long-lasting neurobiological changes that particularly affect the hypothalamus-pituitary-adrenal axis response.”[22] This discovery equates abuse with impaired sexual development. One might also observe that several transgenders record sexual abuse in their childhood, including Janet Mock who was molested on several occasions. This transwoman explains: “I felt his hips moving and a growth in what I simply called his ‘privates’ at the time.”[23] Endocrine expert Theresa L. Crenshaw uses the hormone oxytocin to clarify the detriment of such sexual encounters. She explains how oxytocin surges, which respond to physical touch, “can get you hooked [to another person] against your will and better judgment.”[24] This means that someone can develop “involuntary chemical commitment”[25] or attraction to another solely based on touch. This may explain why some victims of homosexual rape later themselves become homosexual or even transgender. When society glorifies transgenders, it subconsciously accepts masochistic tendencies thereby promoting them and violating the non-maleficence principle.

Society should stand in stark opposition to arguments that seek to glaze mental gender confusion and sex changes under the guise of innocence. Transgenders have severe mental disorder and surgery does not align brain and sex. Transsexual surgery does not compare morally or physically to intersexual surgery and only mutilates genitalia. Brain scans show that transgender brains do not resemble the brains of their constructed mental gender. This observation along with the fact that these people usually produce distinct sex organs further testifies that transgenders require brain therapy as opposed to surgical modification. Perhaps most important, a significant amount of evidence suggests that transgender tendencies result from harmful instances or relationships that can interfere with biological sexual development, but that can never naturally cause one sex to transform into another. This research has helped me to see through the common arguments supporting transgenders and sex changes. Due to numerous resources suggesting that brains can evolve to overcome mental disorders, the possibility of transgender brains ever evolving into normal brains through certain environmental conditions remains an unanswered question.

[2]Brill and Pepper, The Transgender Child, 16.

[19]Francine Russo, “Is There Something Unique about the Transgender Brain?” Scientific American, https://www.scientificamerican.com/article/is-there-something-unique-about-the-transgender-brain/#(accessed November 7, 2016).

Russo, Francine. Is There Something Unique about the Transgender Brain?” Scientific American, https://www.scientificamerican.com/article/is-there-something-unique-about-the-transgender-brain/# (accessed November 7, 2016).