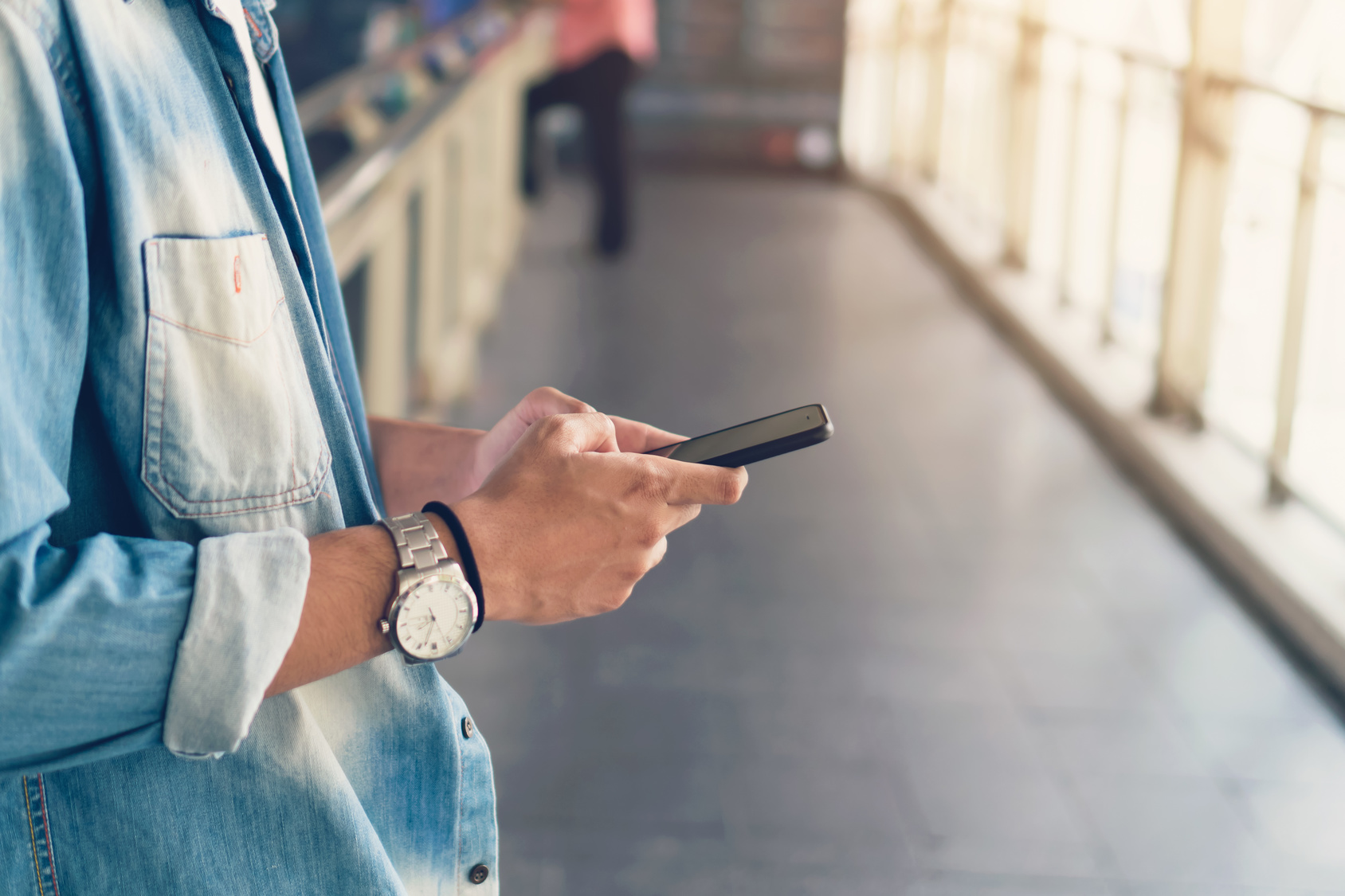 The tenets of evolution and creation conflict on many points but none as significantly as on the reality of original sin. The Lutheran Catechism defines original sin as: “The guilt and sinfulness inherited by all people as a result of Adam’s fall into sin.”

We also call this the “sinful nature” of human beings. Scripture describes it this way:

The LORD smelled the pleasing aroma and said in his heart: “Never again will I curse the ground because of humans, even though every inclination of the human heart is evil from childhood. And never again will I destroy all living creatures, as I have done. (Genesis 8:21)

Surely I was sinful at birth, sinful from the time my mother conceived me. (Psalm 51:5)

For it is from within, out of a person’s heart, that evil thoughts come—sexual immorality, theft, murder, adultery, greed, malice, deceit, lewdness, envy, slander, arrogance and folly. All these evils come from inside and defile a person.” (Mark 7:21–23)

Therefore, just as sin entered the world through one man, and death through sin, and in this way death came to all people, because all sinned (Romans 5:12)

For I know that good itself does not dwell in me, that is, in my sinful nature. For I have the desire to do what is good, but I cannot carry it out. For I do not do the good I want to do, but the evil I do not want to do—this I keep on doing. Now if I do what I do not want to do, it is no longer I who do it, but it is sin living in me that does it. So I find this law at work: Although I want to do good, evil is right there with me. (Romans 7:18–21)

The mind governed by the flesh is hostile to God; it does not submit to God’s law, nor can it do so. (Romans 8:7)

All of us also lived among them at one time, gratifying the cravings of our flesh and following its desires and thoughts. Like the rest, we were by nature deserving of wrath. (Ephesians 2:3)

In contemporary parlance, we speak of the sinful nature as if it is a state of morality. We talk about the kind and good as “moral” and excessively sinful as “immoral.” The way we speak implies there are levels of morality – presupposing no one is (or was) truly, fully, and completely immoral or fully and completely moral.

Within the theory of evolution is the idea that as we physically evolve from a lower to a higher species we also socially and morally evolve from lower to higher. In The Descent of Man, Charles Darwin wrote: “I fully subscribe to the judgment of those writers who maintain that of all the differences between man and the lower animals, the moral sense or conscience is by far the most important.”

While many disciples of evolution presume a moral evolution that coincides with a physical evolution, Scripture speaks quite the contrary. Jesus warned, “Because of the increase of wickedness, the love of most will grow cold” (Matthew 24:12).

This passage suggests that wickedness increases with time and, correspondingly, so does the chilling of love. That is not evolution but “devolution.” There is a moral decline that occurs when the sinful nature, left unchecked, brings increased immorality.

The solution for many is to redefine immorality. Offensive practices rejected a century or generation ago are now embraced as our new morality. Scripture says:

Woe to those who call evil good and good evil, who put darkness for light and light for darkness, who put bitter for sweet and sweet for bitter. (Isaiah 5:20)

For the time will come when people will not put up with sound doctrine. Instead, to suit their own desires, they will gather around them a great number of teachers to say what their itching ears want to hear. They will turn their ears away from the truth and turn aside to myths. (2 Timothy 4:3–4)

By embracing the tenets of evolution, we ignore the original sin in all of us. We already hear it in our utopian descriptions of human beings as being fundamentally good. We talk about how people who seem bad on the outside, “deep down are good.” Nonsense.

There is no evidence that humanity is becoming increasingly moral and pure. In fact, the evidence speaks clearly to the contrary. Stories of great cruelty are often quickly dismissed as anecdotal and anomalies in what is otherwise a “good” culture. In reality, history up to the present time, tells of entire groups of people embracing practices that presently or formerly were considered immoral.

The greatest concern with this evolutionistic view of morality is that by ignoring our sinful natures, and our inclinations to go bad when given the opportunity, we naively overlook immoral or questionable bioethical experimentation as dangerous. We think the adaption of CRISPR technology to cure defects should be pursued because we would never cave into the minority voices that would abuse the power. We think experimentation in transhumanism to repair defective, disabled, or removed limbs and body parts can only help people and that only a few would use it wrongfully – and we can protect against that.

Consider for a moment the early promotion of birth control to help families control the number of children they had. The target audience was families because any sexual activity outside of marriage was deemed immoral both by Scripture and society. Today we use tax money to provide birth control for sexual activity between unmarried and same-sex people.

We looked to in-vitro fertilization as a way to help the infertile bear children. In time the technology was used to selectively choose “good” embryos and destroy “bad” embryos. And in removing any conscience pangs over the destruction of life at conception (remember Psalm 51:5), scientists redefined conception to no longer mean fertilization but implantation.

Advocates promoted legal abortion to benefit relatively few women who faced an unplanned pregnancy. Advocates claimed the number of abortions would likely not change drastically from the levels in the early 1970s.  Today we are nearing 60 million abortions since its legalization in 1973.  And today, something like 45% of all abortions are performed on women who already had at least one previous abortion. For them, it has become a form of birth control.

At every turn, an opportunity to do a presumed good becomes perverted into an evil abuse. Do you think a technology that might obliterate a disability on the genetic level would never be used to enhance some abilities for nefarious reasons? Do you think we settle for normalcy when the technology permits us to go further?

I do not fear technology. In fact, I embrace it with excitement. I am always aware of original sin, however. Given the opportunity, much of the technology we all have access to can be used for evil, and many use it that way. The computers that help us work faster and more accurately also now provide great temptations for the users and becomes instruments of evil for those who hack them.

You see it going on now with payment technology. Charge cards which reduced the content of cash in one’s wallet can be hacked at ATMs and gas pumps.

My point is that for every advancement made in technology and biotechnology for the good of people, an imaginative culture can take it and use it for evil. We know this not just from experience but divine revelation. All of us have a sinful nature. The capability to do evil does not evolve out of existence. Instead, our love and commitment to others become calloused over time.

Operating in a vacuum that ignores original sin invites trouble. No one is exempt. Because of original sin, even the kindest and most moral of people has the propensity to do evil. Knowing this, plan accordingly. We must regulate most technology and biotechnology because its potential for harm is great. We might even need to forbid that which seems possible because we lack the moral strength to use it correctly.

It is naïve to pursue technology and biotechnology with the flawed notion that we morally improve. We need this kind of acknowledgment about the nature of human beings to protect ourselves from our evil inclinations. We must regulate and in some cases outlaw those things which permit immorality. We must adhere to the objective standard of morality, namely, Scripture, so we don’t find ourselves making it up as we go.