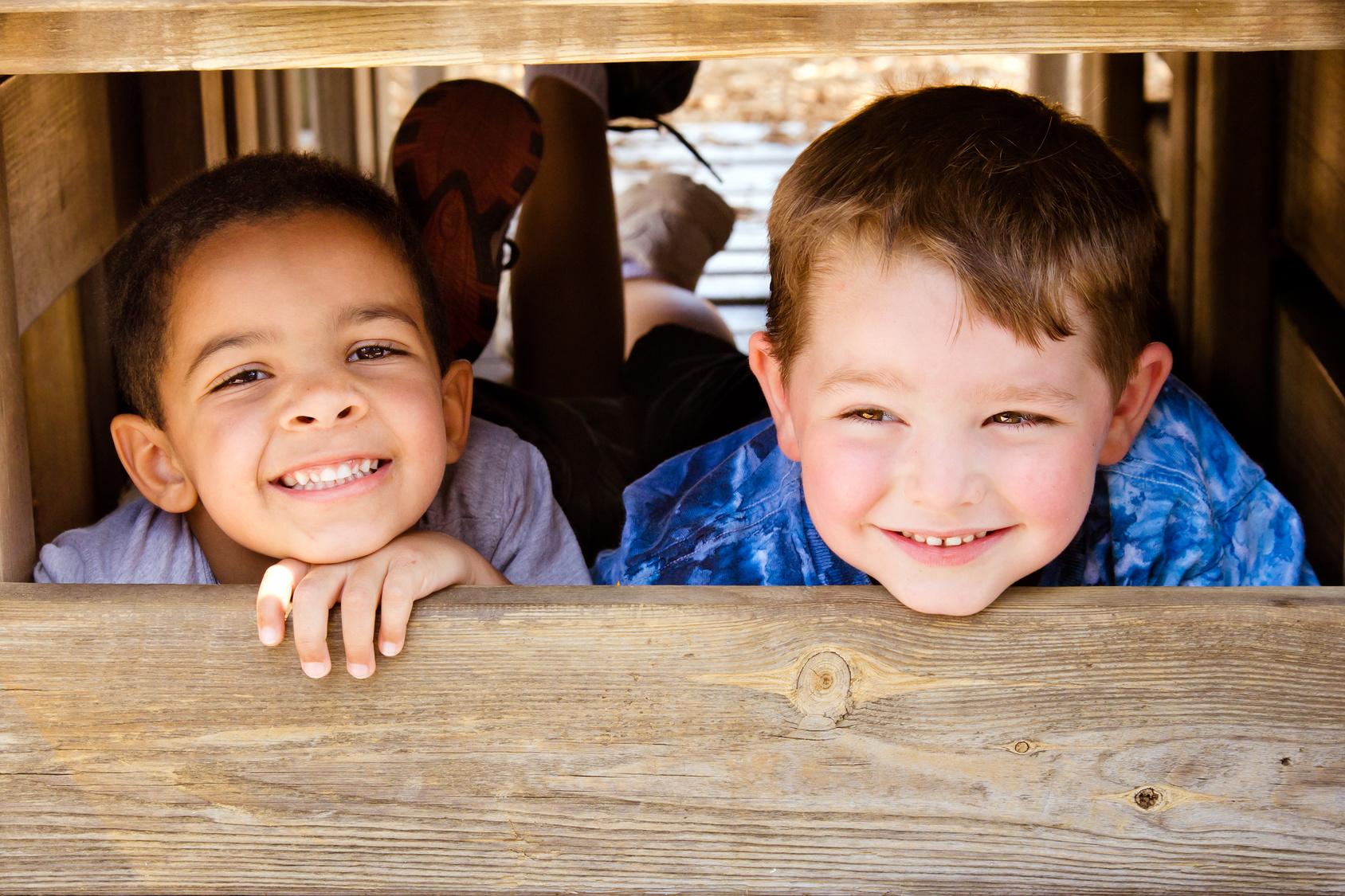 How do immunizations work?

Immunizations, or vaccinations/vaccines, increase the body’s own antibodies to a specific illness or disease. The injections contain a small amount of a weakened or inactive form of the virus or bacteria that the body can fight. When a vaccine is given, it triggers the body’s immune response to produce antibodies to the specific illness or disease or induces other processes to enhance immunity. If you become exposed to the actual disease organism, your immune system is ready to fight the infection by attacking and destroying it.

Why are children required to have vaccinations?

Exposure to others – and more germs — make vaccines beneficial. Each U.S. state requires proof of immunizations before a child enrolls in school. A schedule of recommended vaccines and booster shots is recommended by The American Academy of Pediatrics.

Do adults have to be vaccinated too?

Communicable diseases and illnesses can affect all individuals – even healthy ones. And those illnesses can be passed on to others with weakened immune systems, such as young children or the elderly. The CDC (Centers for Disease Control and Prevention) recommends vaccines for Tetanus, Diphtheria, and Pertussis (Td or Tdap), Measles, Mumps, and Rubella (MMR), and the flu, among others. The need for vaccinations also works to protect the community from infectious diseases.

How long have vaccinations been in existence?

Vaccines have been used since the late 1700s. In 1796, Edward Jenner created the first vaccine to prevent the deadly smallpox disease by injecting individuals with milder cowpox. Jenner invented the word, “vaccination,” for this treatment. The word was adopted by Louis Pasteur for immunizations against any disease.Today the Centers for Disease Control and Prevention (CDC) recommends routine vaccinations for children and adults alike.

I understand some common vaccines were developed using tissue taken from aborted babies. Is that true?

Yes, a number of vaccines are made from cell lines of aborted babies. Detailed research by some pro-life organizations have proven this connection. The connection and its implications when considering the use of such tainted vaccines raises some complicated, as well as moral and ethical, questions.

What is the scientific process in the manufacture of a vaccine?

The process involves the collection of actual virus samples. They are grown and altered in the laboratory to make a weakened strain of the disease. This strain is placed into a serum, and it is given to the recipient, usually in the form of an injection.

In order to develop the weakened strain, a medium (“cell culture”) must be used to grow the virus. The virus invades the culture cells which eventually mature and multiply. It should be noted that these cell cultures are a single type of cell that “self-perpetuates,” meaning it multiplies itself and can be kept in the laboratory for extended but finite periods of time: years and even decades. These extended cell cultures are known as “cell lines.”

The original cells were taken from many different sources including chicken, monkey and rabbit embryos; kidney cells; and, sadly, human aborted children. It cannot be accurately determined whether the vaccines today contain any of the cells from the original abortion since these cell lines have gone through multiple divisions before their use in the manufacture of the vaccine. Nevertheless, the use of electively aborted babies in the development of these cell lines is of concern because of the morally-repugnant origins.

How can I know whether a specific vaccine has an association with abortion?

Two fetal cell lines, WI-38 and MRC-5, are known to have used the tissue from aborted children and have an association with abortion. A third culture, PER C6, is being tested to develop a number of new vaccines; this latest cell line is also derived from an elective abortion.

The August 1969 issue of the American Journal of Diseases of Children further explained the origin of WI-38 as a result of a voluntary abortion of an aborted female: “This fetus was chosen by Dr. Sven Gard, specifically for this purpose. Both parents are known, are married to each other, still alive and well, and living in Stockholm, presumably. The abortion was done because they felt they had too many children. There were no familial diseases in the history of either parent, and no history of cancer specifically in the families.”(2)

What are the alternatives to these vaccines?

A number of alternatives with no association to abortion-tainted lines are available for vaccination against certain diseases. However, there are no alternative vaccines in the United States against Adenovirus, Measles, Mumps, Rubella (German measles), Chickenpox, Shingles, and Hepatitis A. You might consider contacting your doctor regarding the availability of other alternatives.

What if we refuse to be vaccinated?

Vaccinating the public supports what is called “herd immunity.” Simply stated, the goal is to vaccinate everyone in the group (herd), be it a school, a region of town, a community or a nation. For each person who is not vaccinated the immunity of the “herd” is compromised.

Moral objections aside, there will always be people who are not vaccinated. When the “herd immunity” is compromised, a disease gains a potential foothold – this because of a serious life and health concern in the case of pregnant mothers and their unborn children. While a disease on the surface might be considered as little more than a nuisance, it often has profound and detrimental effects on young children, unborn children, the elderly and the ailing.

A decision not to be vaccinated for moral reasons is pitted against the moral compulsion to demonstrate love for others – including those who could be seriously harmed or killed by the disease.

What is CLR’s consideration of vaccines derived from abortion?

Christians are rightfully concerned not to do anything that lends credence to sinning. We are keenly aware of the eternal consequences of sin and the great price paid for sin through Christ (Romans 6:23). Specifically, we want to be sure that if we had to use a vaccine developed from aborted children. is there a way for us to do so without lending credence to the sin of abortion?

Clarity in this matter comes from recognizing the pervasive nature of sin. While abortion is a particularly heinous sin, it is all sin that jeopardizes souls eternally (James 2:10). Even the kindest and most altruistic of people are tainted with sin (Romans 3:10). Even in repentance our sincerest of tears are tainted with sin.

It is this pervasive nature of sin which taints all that we do. Even vaccines that are created without the use of tissue from aborted children have been tainted by sin’s influence. Perhaps it was a scientist’s selfish pursuits for personal gain that prompted the development of a vaccine. Maybe there was some “fudging” or embellishments on grant applications in order to obtain a sizeable amount of money to afford the eventual development of a needed vaccine.

In other words, if we waited until a vaccine was developed without even the slightest tainting of sin, there would be no vaccines. Sin’s permeating effect even undermines our most righteous of acts (Isaiah 64:6).

This reality, however, does not exempt from witnessing to the truth. Our stewardship responsibility to care for human life demands that as opportunities present themselves and resources are available, we should use them to tell the truth. In using such available resources we seek out those who present the best testimony to the will of God. This is certainly an incredible task in a world so infected by sin.

Whether using alternative vaccines or being left with no alternative but to use vaccines developed from aborted children, a Christian’s testimony should be loud and clear. Using vaccines of any origin to protect life is commendable. To do so without a witness to concerns about their origin violates conscience and the Christian responsibility to witness to God’s will.

The directive to protect life is compelling. Equally compelling is the Christian’s responsibility to present a witness that is consistent and faithful to God’s Word. That witness compels us to use less-offensive alternatives whenever possible. When not possible, we become agents for change through our witness. While we may have no choice but to preserve and protect lives by use of vaccines developed from aborted children, we do so with the loudest and clearest of witness. With our voices, our votes, and our letters, we ought to encourage development of less-offensive alternatives to such vaccines.

One last thought should be added regarding conscience. A Christian will undoubtedly be disturbed at having to use a vaccine that was developed at the cost of an unborn child’s life. To not be disturbed would suggest a loss of basic sensitivity for the value of human life. It is important to remember that faced with such a dilemma a Christian’s use of the vaccine is the proactive measure to protect life and lives. While we mourn the loss of life involved with the development of the vaccine, we protect life by using it. It is our efforts to press for the development of less-offensive alternative vaccines that makes it clear we are in no way condoning the sin of abortion.

Can you summarize this concern as stated above?

Some vaccines have been developed from the tissue of aborted children. As such, it presents a conflict for Christians who seek to protect life and also witness to the error of taking unborn life through abortion. Use of such vaccines should be seen as a last resort when no alternatives are available. When used it should be accompanied by the witness of objection in the way the vaccine was developed – with the encouragement for the development of less-offensive alternatives.

I still would like to voice my opinion that alternative vaccines might be made available. What should I do?

Can being vaccinated be harmful to your health?

It sounds contradictory. but there is concern that taking some vaccines, or taking too many vaccines at the same time, may contribute to the development of autism or other health problems. Repeatedly, federal agencies have issued assurances that such complications are not happening. Nevertheless, high profile accusations persist which include suggestions of a cover-up of the truth. In 2016, the documentary, Vaxxed, proposed such a scenario.

The claim of Vaxxed is that a combination vaccine for measles, mumps and rubella (MMR) may be a leading contributor in a later diagnosis of autism.

To date, Christian Life Resources has not had the opportunity to independently investigate the claims made in Vaxxed.  We realize, however, that school-required vaccinations and the film’s accusations place families in a difficult position.

Federal agencies claim the risk to the general public not to vaccinate is greater than any potential risk of a complication of the child being vaccinated. That sounds good on paper – and even statistically – but if it is your child who develops the complication there is little comfort in this advice.

Christian Life Resources wants parents to know of the conflicting views about the safety of vaccinations. Presently, both sides of the debate continue to stick with their positions. That, of course, leaves parents in a predicament.

This issue has been mired in debate for many years. It is difficult to know who to trust. Based on what we have read so far, the theory is that health consequences might be closely tied to receiving multiple vaccinations at one time. For that reason, we currently advise putting in the extra effort and perhaps paying the extra cost to vaccinate over a longer period of time to permit the body time to adjust to each immunization.

Meanwhile, Christian Life Resources will continue to study the claims made in Vaxxed and elsewhere and will update this advice if necessary.

You can learn more about the Vaxxed claims at: http://vaxxedthemovie.com/

(3)   Transcript of the Vaccines and Related Biological Products Advisory Committee of the U.S. Food and Drug Administration, hearing date 16 May 2001, 91.