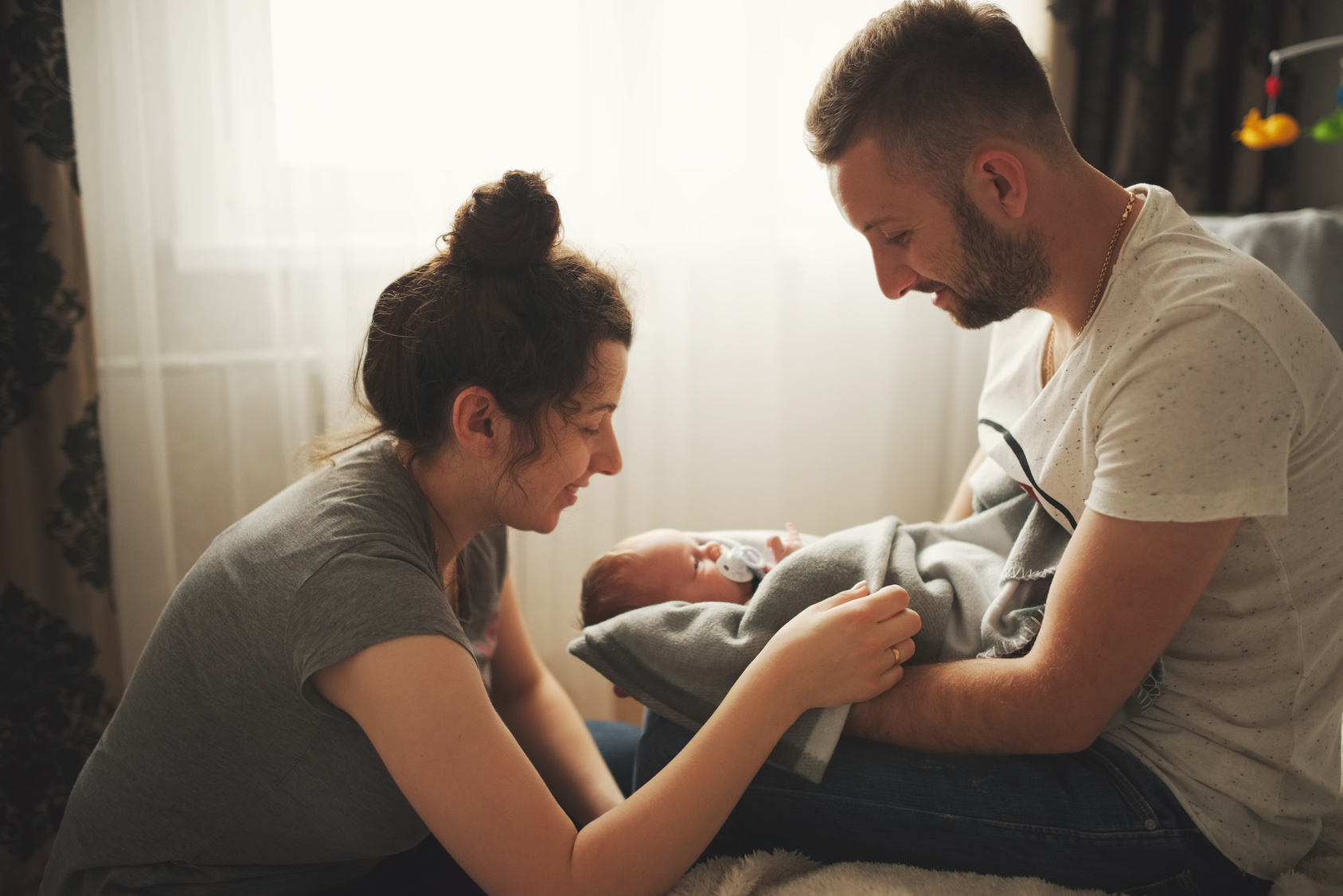 Charlie Gard was born in England on August 4, 2016, to Chris Gard and Connie Yates. A few weeks after his birth Charlie was diagnosed with mitochondrial DNA depletion syndrome (MDDS), a rare genetic disorder that causes progressive brain damage and muscle failure. There is no known cure or treatment, though some experimental treatments have shown promise in  slowing the decline. Charlie was eventually transferred to Great Ormond Street Hospital in London where he was placed on ventilator support. Charlie’s parents wanted to seek experimental treatments. The hospital felt such efforts would be futile and would agonize the dying process.

In January 2017, Charlie suffered seizures, and the hospital determined the trauma resulted in significant brain damage. The staff suggested to the parents that they should remove Charlie’ ventilator support. The parents opposed such withdrawal, still wanting to pursue experimental therapy offered in the United States. The hospital challenged the parents. Last February, England’s High Court of Justice ruled in favor of the hospital to override the wishes of the parents citing such treatment was considered experimental and would only agonize the dying process.

Despite the parents’ efforts to continue their pursuit to transfer Charlie to the United States for treatment, it was determined his condition had deteriorated beyond hope. The parents relented in their efforts to challenge the hospital. On July 27, 2017, Charlie was removed from ventilator support and transferred to a hospice where he died the next day. Charlie was 11 months old.

Historically, parents hold authority over the education, upbringing, and medical care of their children. In the United States numerous court rulings have upheld such rights.

Scripture instructs parents to train their children in the way they should go (Proverbs 22:6). This instruction carries specific religious overtones with the directives given on Mount Sinai (Deuteronomy 6:7), and it was reiterated in the New Testament (Ephesians 6:4).

The instruction to feed and care for children is more implicit than explicit. Paul instructed Timothy, “But if a widow has children or grandchildren, these should learn first of all to put their religion into practice by caring for their own family and so repaying their parents and grandparents, for this is pleasing to God” (1 Timothy 5:4 NIV). This “repayment” implies that parents and grandparents are to care for their children when care is needed. Then, in advanced years, a widow should expect reciprocal consideration.

The prophet Isaiah describes parental care of children in instinctive terms: “Can a mother forget the baby at her breast and have no compassion on the child she has borne?” (Isaiah 49:15 NIV). Jesus did the same when he said, “Which of you fathers, if your son asks for a fish, will give him a snake instead?” (Luke 11:11 NIV).

This implicit responsibility to care for children can be observed in the exchange between Moses and the leadership of the tribes of Reuben and Gad:

Then they [the leaders of Reuben and Gad] came up to him [Moses] and said, “We would like to build pens here for our livestock and cities for our women and children. But we will arm ourselves for battle and go ahead of the Israelites until we have brought them to their place. Meanwhile our women and children will live in fortified cities, for protection from the inhabitants of the land. (Numbers 32:16–17 NIV)

Nowhere in Scripture is it found that parents are to shirk their responsibility to care for their children. Even when parents dedicated their children for service in the temple they cared for their children until they were weaned (1 Samuel 1:22). As Jochebed considered the fate of her newborn child who faced certain death under Pharaoh’s decree, she sought to protect her child and orchestrated his continued care (Exodus 2:1-10).

The responsibility to care for children falls on the parents.

Research shows some encouraging effects on animals in the testing of this nucleoside therapy; it also shows one significant positive outcome on a human. Arturo Estopinan, an American boy born in 2011 with a less severe case of MDDS, received treatment with nucleoside supplementation under the direction of Dr. Michio Hirano, a neurologist at Columbia University Medical Center in New York. Arturo is alive and shows signs of improved motor skills.

Charlie’s affliction was extremely rare: he was reportedly one of only 16 known cases with the condition. The single human success using the experimental treatment raises many important questions: Would Arturo’s success have been the same had his condition been as severe as Charlie’s? Would Charlie’s biological chemistry have been similar enough to Arturo’s to yield comparable results? Did Charlie have such significant brain damage that any treatment would have been futile?

Despite a mere one-in-a-million chance that the treatment might have provided some improvement for Charlie, one might consider the odds worth taking in the possible improvement of the health of one’s own child — or any child, for that matter.

Key Issue # 3 – Right of the Courts to Intervene

In the end the hospital prevailed in the Charlie Gard case. Time ran out for the child after months of court battles and lack of treatment. Charlie’s brain had deteriorated beyond saving. Was the High Court right or wrong in its initial ruling to support the hospital in disconnecting the ventilator support and letting Charlie “die with dignity”?

The Children Act 1989 requires courts, parents, and all authorities in the United Kingdom to protect a child’s welfare. While the Act favors the role of families in providing care for children, a provision permits the government to step in when the child’s well-being is at stake.

In the case of Charlie Gard the Court weighed the testimony and ruled that experimental efforts placed an undue burden on the child because it offered no prospect of success. The ruling removed the rights of the parents to direct medical care and treatment for their child.

On the surface the decision simply appears to be a usurpation of parental rights on behalf of the child. At its core this issue raises the difficult question, “When should the court intervene when it feels parental activity harms a child?”

Would the decision by Charlie’s parents have harmed the child? Typically, harm involves acts that endanger, inhibit, or compromise a person’s ability to continue living. In the Court’s judgment the proposed treatment was futile. That means it would not accomplish what it was supposed to accomplish. An example of futile treatment involves a person going into a clinic with a broken arm and the staff placing a bandage on his head. The bandage on the head would provide no curative value in the treatment of the broken arm and can be rightly explained as futile treatment.

Now, what if placing the bandage on the head caused pain? Should a court step in to protect a child from painful medical care that is otherwise futile? What would or should a court do if parents pursue not only benign treatment but treatment that also inflicts pain? That is how the Court viewed the nucleoside supplementation treatment for Charlie. In its view it was futile and would likely cause pain.

While we might want to debate whether the treatment would have word, the bigger issue is how we view life – whether from the perspective of the parents, the hospital, the Court, or the reader of this article.

God blessed Charlie Gard with the gift of life: for himself, his parents, and all who were touched by his life. Life cannot be considered a possession or even an entitlement. Life is something created by God within the context of eternity. Upon its creation, that life continues – forever!

Even with this eternal and blessed perspective on life, well-meaning people might disagree on the way Charlie’s case played out. What if the parents had agreed with the hospital in that the therapy would have been a futile attempt to resist the inevitable? What if the parents recognized that even in death their little boy lives because of Christ? Likely none of this would have come out. The parents would still mourn the loss of their son – yet could carry on with certain hope of a reunion in heaven. They would know that through Christ, Charlie continues to live.

If I were the pastor of the family in this circumstance, I would have had difficulty in disagreeing with the parents who felt all indicators pointed toward God recalling this blessing of life. The decision not to treat does not deny God’s power to still heal if he wills. A decision not to treat would simply be the faith-rooted choice made by a couple interpreting the circumstances as God calling their son to his heavenly home.

What happened, however, is troubling. If animal trials and the evidence of Arturo Estopinan were false and easily discredited, it would truly and undoubtedly have been the correct decision not to subject Charlie to quackery.

In fact, the animal trials showed promise, and the success of Arturo Estopinan serves as evidence that the treatment possibly could have worked. There have been differences of opinion about the level of pain, if any, the treatment would have caused Charlie. When one recognizes life as God’s blessing and something to be cared for, it would seem the more prudent approach would have been to let the parents try credible treatment, even if the results might have been questionable.

In the end the Court ruled against these options. By siding with the hospital the Court invoked language suggesting Charlie’s life lacked sufficient quality to make it worth continuing. It was subjective and biased against the intrinsic value of all life, regardless of quality.

Caring for lives is an act of stewardship – the responsible management of someone else’s possession. It is something to keep in mind when making these hard decisions.

Is There a Place Within Christian Marriage to Use Birth Control?