Boys, Girls, and Everything In-Between 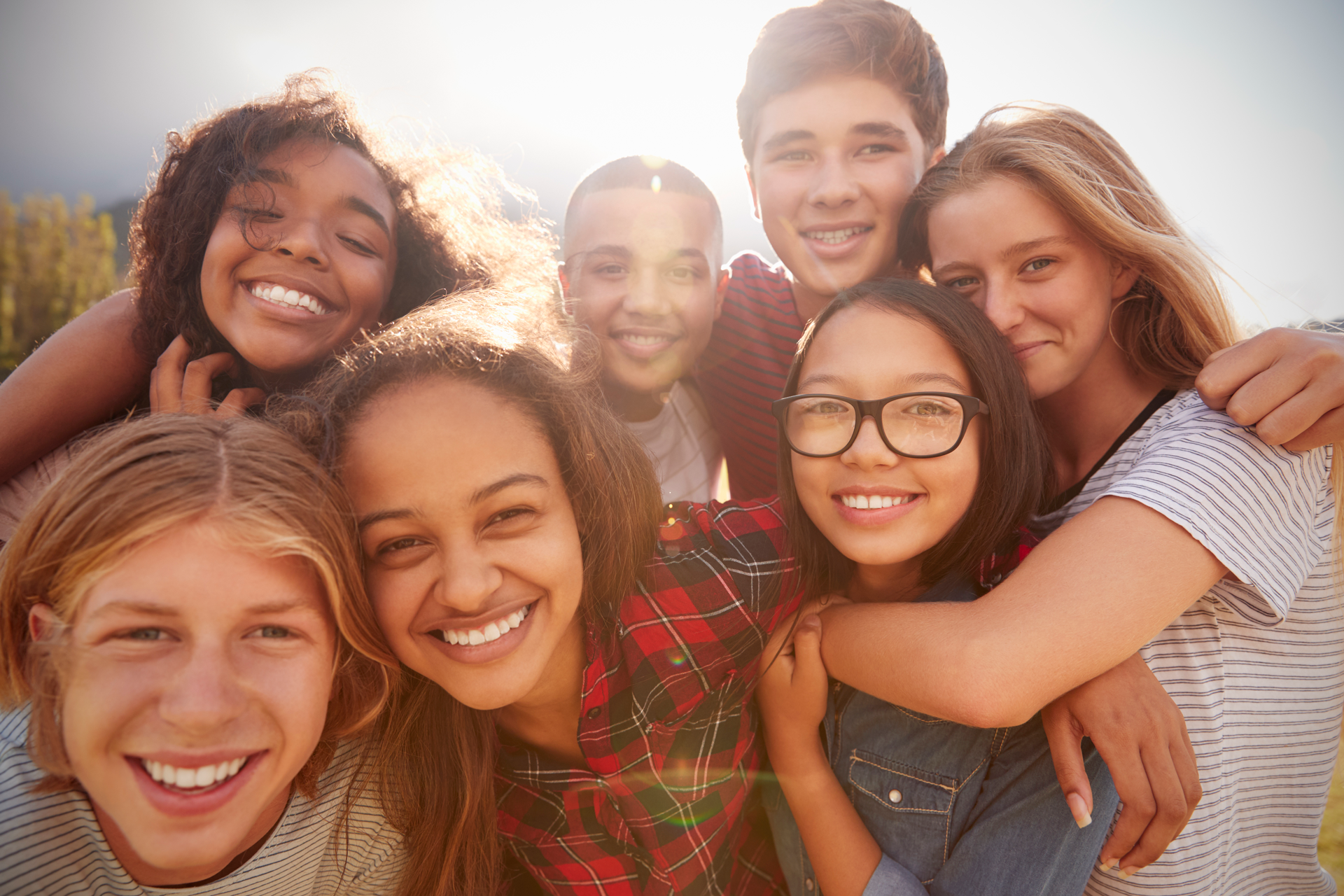 It can be dangerous to express an opinion on the state of sexuality in today’s world. Once it is known, such expression on this contentious subject can result in dissension among loved ones. Your circle of friends shrinks and your family members can begin to fall out of touch. You might be inclined to say, “I wish I had just kept my mouth shut.”

Nevertheless, Christians are compelled out of love for God and others to speak the truth. That doesn’t mean running around with a sharp stick looking for an eye to stick it in. Enveloped in the instruction to speak the truth are the concepts of humility, love, compassion, and patience (Philippians 2:3; Colossians 3:12; Titus 3:2) and the ultimate goals are to correct and turn attention to God (Ezekiel 3:16-21; 1 Timothy 2:4; 2 Timothy 2:4,23-25). Such goals cannot be achieved without having some sort of positive relationship, and you don’t get that relationship by name-calling or bullying.

“There but by the grace of God go I.” Time has helped me to realize that non-issues for one can be big issues for another. That point hit home powerfully when, as a student at the seminary, my professor said, “God knew what he was doing assigning me as a rural pastor in the Midwest and not placing me in Las Vegas. I never had the temptation to run around with other women or was given to drink, but I don’t think I could have withstood the temptation to gamble.”

I was stunned by those words. My parents lived in Nevada for a few years. I once played the penny slot machine for 90 minutes until my 30 pennies were gone. I had no desire to go back, do it again, raise the stakes, etc. I was not tempted whatsoever by flashing lights and the sound of coins jingling in the tray. For my seminary professor, however, it was a supreme temptation.

It is easy to smugly look down on those who wrestle with issues of sexuality when it is not our issue. For those who have embraced their birth gender without doubt, it is difficult to understand those who feel differently. Yet, like a professor who feared a gambling addiction, each person is different. Even the Apostle Paul — who saw Jesus on the road to Damascus (Acts 9:4-5), who raised the dead (Acts 20:7-12), and who wrote volumes on the Christian faith and lifestyle — wrestled with sins he knew better to leave alone (Romans 7:19).

Thoughtful and honest introspection reveals our own sins and great inadequacies (Romans 7:24). Maybe our issue is gossip, pornography, selfishness, thoughtlessness, shallowness, etc. An unfiltered evaluation by family and friends might be a sobering revelation for all of us as to the troubling issues we each have.

Rather than making gender issues a topic of disgust, think of it as the sin someone wrestles with, as much as we each wrestle with our own sins.

It Is a Sin

Yes, homosexuality and any sexual perversion are sins. Those are bold words in a post-modernist society in which the phrase, “To each his own,” is becoming the new standard of right and wrong. Nevertheless, the Bible remains exceptionally clear on this point. Consider the following:

Do not have sexual relations with a man as one does with a woman; that is detestable. (Leviticus 18:22)

If a man has sexual relations with a man as one does with a woman, both of them have done what is detestable. They are to be put to death; their blood will be on their own heads. (Leviticus 20:13)

Because of this, God gave them over to shameful lusts. Even their women exchanged natural relations for unnatural ones. In the same way the men also abandoned natural relations with women and were inflamed with lust for one another. Men committed shameful acts with other men, and received in themselves the due penalty for their error. Furthermore, just as they did not think it worthwhile to retain the knowledge of God, so God gave them over to a depraved mind, so that they do what ought not to be done. (Romans 1:26–28)

As the movement towards self-selecting gender gains steam, gender-neutral advocates dismiss these passages for any of the following reasons:

Do you see what is happening? Remember what Paul wrote to Timothy:

Preach the word; be prepared in season and out of season; correct, rebuke and encourage—with great patience and careful instruction. For the time will come when people will not put up with sound doctrine. Instead, to suit their own desires, they will gather around them a great number of teachers to say what their itching ears want to hear. They will turn their ears away from the truth and turn aside to myths. (2 Timothy 4:2–4)

In our sinfulness, we all do this. We develop a bad habit, want something that we know we should not have, and begin to twist God’s Word to fit our desires. This is called a “confirmation bias.” We develop a conviction and then selectively research to confirm the conviction.

I get it. Without a doubt, most — if not all — who are sliding into the self-selecting gender notion desperately want to feel at peace. Sometimes, however, that peace does not come in this life (2 Corinthians 12:7-9).

The nature/nurture debate has been around for centuries as we try to understand diverse compulsions. Is our tendency to become quickly angered a result of learning in our youth (nurture), or is there a genetic link to it (nature)? Similar questions can be asked about alcoholism, kleptomania (thievery), pornography, etc. Studies in animals have revealed remarkable things about both nature and nurture.

Ivan Pavlov, a Russian physiologist, found that through positive and negative incentives, reflexes can be conditioned to bring about certain responses (nurture). Applied to people it is a theory that positive reinforcement of certain attitudes and lifestyle can result in directed lifestyle choices.

Genetics also may play a part. Studies suggest there might be genetic predispositions toward certain social behaviors, such as alcoholism and aggression. Some people claim sexuality is genetically predisposed. It is suggested, regardless of birth gender, some individuals cannot help but feel they should be the opposite sex.

Every study I have read on the genetic link between social behavior and sexuality agrees that to date there is no specific drinking gene, aggression chromosome, or gay lobe of the brain. Nevertheless, the estimate is that genetics could have up to a 50% effect. In other words, with a family history of aggression, alcoholism, or sexuality issues, genetics might come into play – but only partially.

Christians look at these things from a different perspective. Since Adam’s fall into sin, everyone is predisposed to sin (Genesis 8:21; Romans 8:7). Call it nature or nurture, the reality is that given the choice to do right things or wrong things, we are inclined to do wrong things. That inclination may be the way we are, but it does not make it right.

Yet, in our natural rebellion to God we are tempted to declare wrong things as right (Isaiah 5:20). We may perceive we were made of the wrong gender. In fact, we may even discover a true and compelling genetic predisposition towards a gender opposite of our birth gender. It doesn’t make it right.

I have heard the locker room smack that some people are either too ugly, too fat, or too weird to find a mate of the opposite sex so they turn to the gay lifestyle. I know of no study to support those notions.

I have read the blogs and heard the protests that standing by heterosexual relationships and insisting that we accept our birth genders is homophobic. There is no “truth” in that attitude either.

Through the years there has been one mainstay of truth and that is the Word of God (Psalm 119:105; John 17:17). Since the Garden of Eden that truth has been under attack. Whether it is Satan distorting the words of God or it is the evil inclination of our hearts twisting God’s Word to make it fit our desires, truth is under attack.

There is no logic in the current moral direction of the country which suggests truth is more subjective. The exercise of individual freedom is always subject to some standard – whether it is the regulations of a subdivision, the rules of an organization, or the laws of the nation.

Christians err in failing to recognize the power of having truth on their side. We are shocked at the vitriol against it, but should it really surprise us? Did not Christ face the hatred of his own people? (John 15:18). Opposition and harsh rhetoric do not make the truth any longer the truth. It just means some people oppose it.

We have, however, a ministry of reconciliation (2 Corinthians 5:18-19). Our goal is not to call out sin but to restore sinners. Yes, we certainly must recognize sin when we see it but to criminalize sin is not the Christian’s endgame. Our focus is to bring reconciliation between the sinner and the Creator. We are to be the conduits of love and the messengers of sacrifice and forgiveness through Jesus Christ.

Like children released in a candy store, sexual freedoms seem to spread like wildfire. The Christian reaction is to foster correction with great patience and careful instruction (2 Timothy 4:2) and perseverance. Don’t expect to be warmly received, but don’t be the cause of bitterness. Be the messenger of hope, the practitioner of compassion, and the epitome of patience. After all, consider all that God puts up with in us.