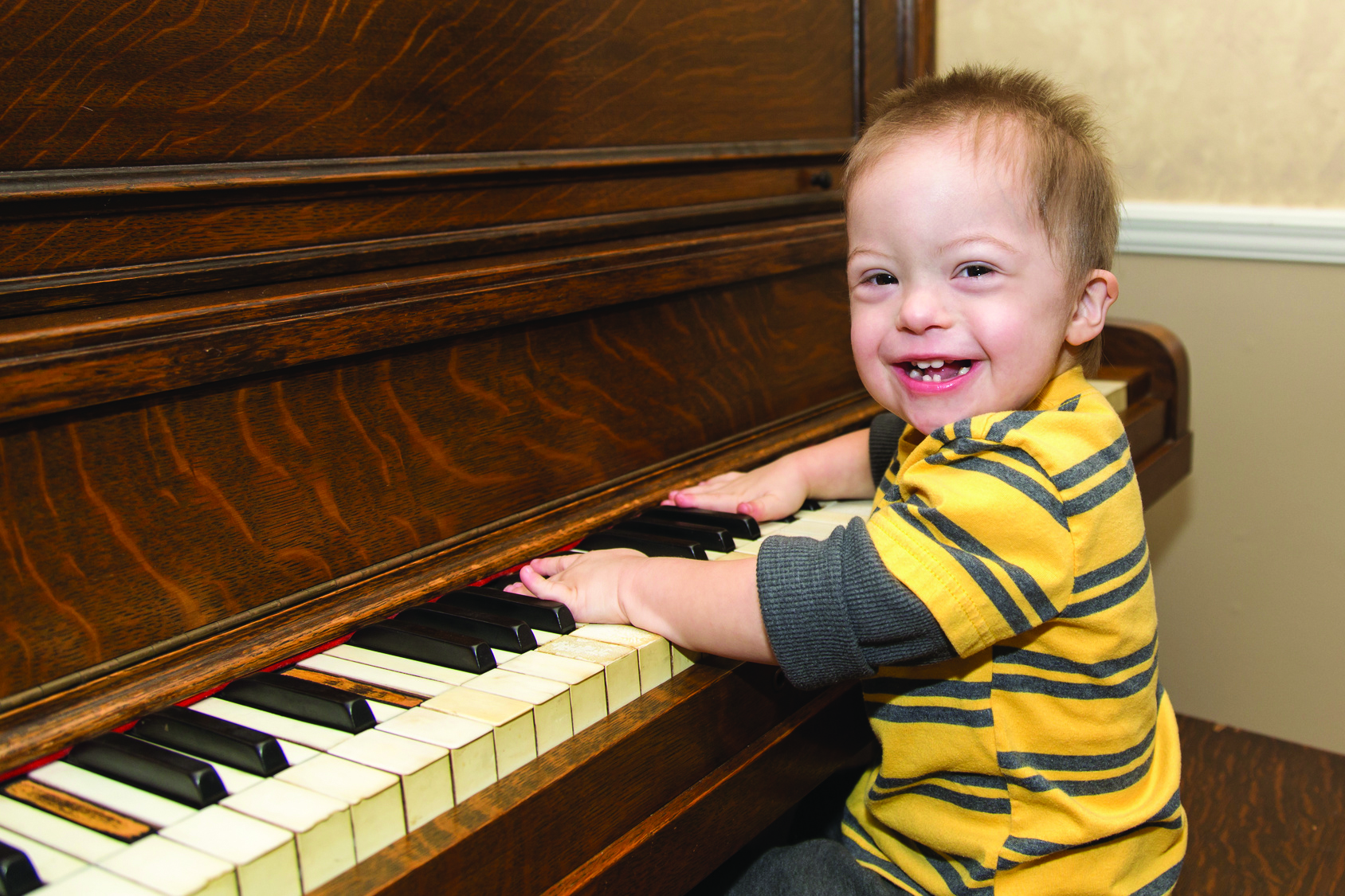 The things I have learned in the last four years are not written in any book. My son has taught me a world I never would have known without him. It is a world in which every person is celebrated for their strengths – rather than their weaknesses. It is a place I wish I could share with everyone. I thank God every day for this opportunity, and I have accepted every challenge with gratitude. My son was born with Down syndrome, and I believe there is a very specific reason why he was born with an extra chromosome.  He has opened our hearts and taught us a special kind of love. I can’t describe what it is like to be able to celebrate every single day with Max. The elation when my son climbs the stairs, jumps in a mud puddle, or says a new phrase can only be described as pure excitement and joy.

The good news is that Max is clueless that he shouldn’t be walking or talking. Max wakes every day knowing that his family adores him. His mommy is excited to see him, and he knows we are going to play. This is how I accepted his diagnosis regardless of the shaking heads and pity from doctors and friends who felt I was in denial. With Maxwell being born with DS meant that I needed to play with him more and find ways to stimulate and excite him. I did just that.

I learned some basic sign language to help him communicate before he was able to talk. We had been singing songs since the moment of his birth. The ABCs were a constant favorite. I sang every song I could think of that contained hand gestures, like “Itsy Bitsy Spider” and “If You’re Happy and You Know It.” We looked at picture books, read stories, chased the school bus with kid figures, we raced cars up and down the coffee table. In essence, we played!

Max was less than two years old when he started to recite his ABCs, and I would be curious to know how long he knew them before he could actually verbalize them. Before long, he was identifying his capital letters and then lower-case letters. We moved on to the sound each letter makes, which was a very fun game for him. By the time Max was three years old, he knew over 100 sight words!!! “Play words, Mama?” he’d ask as he brought me the stack of words I had written on index cards. We counted blocks as we stacked them, counted Cheerios; anything to get him involved. He loved it!

Speech was a factor for Max, as it is with a lot of kiddos who have Down syndrome. I found it odd that Max would say all of the letters, and was getting better and better at pronouncing them, but didn’t really have any desire to repeat me when prompted. I set out to find things that would interest him, and I have gained a whole new education on train engines! Max liked Thomas and Friends as most boys his age do, but there was something about it. Out of the blue, Max started saying all of the engine’s names and repeating many of the phrases. Can you imagine what it is like to see things through the eyes of a child who appreciates the magnificence in absolutely everything? Every time we take a walk back in the woods where the trees bend, we are going through Misty Island Tunnel! It actually comes as a surprise to many that Max has had no formal speech therapy: just his goofy mom, and the rest of his family talking and playing.

Is it frustrating having a child with Down syndrome at times? Of course it is. Max is a bit behind on some gross motor skills. He didn’t walk without the aid of a wall or furniture until he was 27 months old. We knew he could, but he was not ready. One day out of the blue he walked like he had been doing it all along. We are learning that Max has his own pace, and we can only encourage him. We work hard on the things he has trouble with and even harder on the things he excels at. Shouldn’t we all be afforded that freedom?

I have loved every moment – even the trying times. It is in the trying times that I realize that there has to be a way to get through to him. I have to teach him the way he wants to learn and that may not be the same as his typically-developing peers. It doesn’t make the knowledge any less significant to me, so every victory has merit as far as Max is concerned.

Max is going to start preschool this fall. I am going to have a hard time letting him go, but I gave him wings. It is time for us to watch him soar! My husband and I are looking forward to watching him amaze all of us. After all, Max is a child of God, which means his potential is limitless.

[Lisa Van Drese is an Ambassador for the National Down Syndrome Society (NDSS) and a member of the Upper Peninsula Down Symdrome Association (UPDSA). She is married to Doug, and they are blessed with two children: Andrea and Max. Her passion – along with CLR – is to educate peple about the value of the life of a person with Ds. Her goal is to decrease the number of abortions due to an unborn child’s diagnosis of this genetic disorder.]

Looking Down the Road