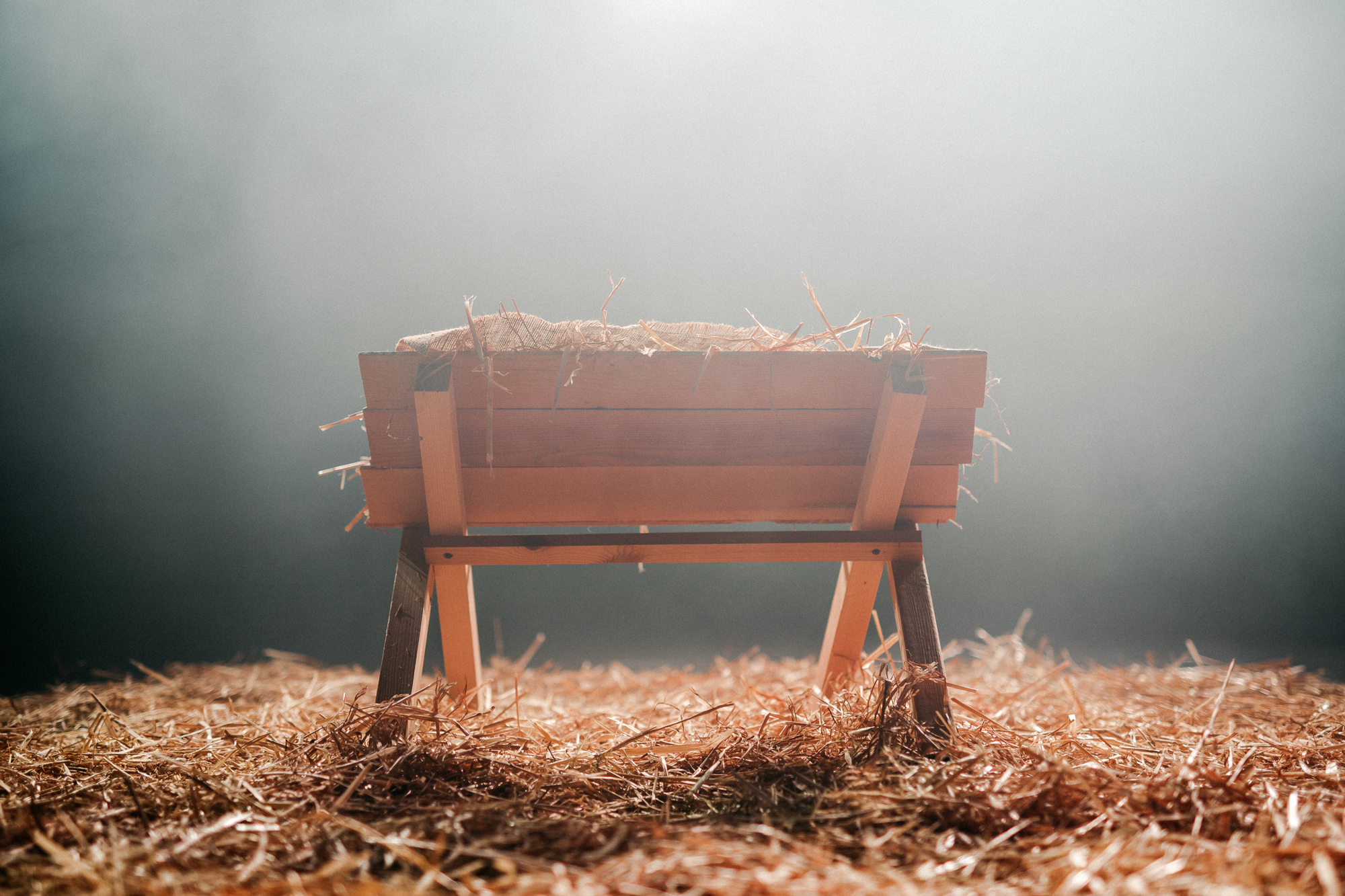 For centuries Christians have celebrated the miracle of the Virgin birth of Jesus in late December or early January—and it is good and right for us so to do.

Yet the real miracle occurred not on the day Jesus was born in Bethlehem but nine months before, when he was “conceived by the Holy Spirit.” Without the benefit of a human father, God planted the unborn life of the only Savior of the world inside the body of a poor Galilean wife-to-be.

Countless Christmas preachers have observed that this was not the way one would expect a king to make his arrival. “No garb of power or pomp he wore,/a servant’s form, like mine, he bore,” Luther sang. “He whom the world cannot enwrap/ yonder lies in Mary’s lap.”

Jesus came to share our humanity, and so he also came to share our vulnerability. For nine months his body grew larger and took shape inside the protective yet susceptible surroundings of his mother’s womb. Babies are threatened by the same illnesses their mothers may contract. Brutal rulers and  pillaging armies have especially victimized young mothers and their babies. Mary surely knew about the atrocities of Antiochus IV Epiphanes, the Greek ruler of Palestine a century and a half before, who in unexplainable fury tried to force Greek ways on his Jewish residents, forbidding them from practicing their ancient faith. Antiochus not only outlawed circumcision for eight-day-old Jewish boys (as the mark in their flesh of God’s covenant with Israel), but his soldiers roamed the neighborhoods, finding and killing mothers who had had their sons circumcised, then hanging the murdered babies’ bodies around their mothers’ necks (1 Maccabees 1:60-61). Mary’s neighbors – she must have known some of those young mothers – had their sons’ lives stolen away from them by the soldiers of jealous King Herod (Matthew 2:16-18).

One may point to many occasions in the Old Testament in which the foolish, willful or dangerous actions of men and women in Jesus’ family line put God’s promises at risk. Sometimes God had to intervene spectacularly, even miraculously, to bring to fulfillment His word to Abraham that “all peoples on the earth will be blessed through you” (Genesis 12:3).

During the nine months before the birth of the “offspring of the woman,” God entrusted His one and only Son, in all his vulnerability, to the care of a young woman and a step-father. Certainly Mary commended her life and the life of her baby in prayer to God’s keeping, yet we must also assume that she was careful to eat well, get sufficient rest, and avoid unnecessary risks. The gospel writers never begin a sentence with, “And Joseph said…,” but Matthew notes that Joseph “did what the angel of the Lord commanded him and took Mary home as his wife” (Matthew 1:24). He provided a secure place for his wife-to-be and gave her baby – who, remember, was not his baby – a father’s legal protection.

It hardly surprises us to hear that God is great, powerful, and majestic. Pagans praise their gods for that. But that the Son of God should become small and vulnerable is remarkable, and it strikes a responsive chord in us.

When my oldest son was born, more than 30 years ago, I wondered briefly whether the wording of the traditional liturgical prayer at the birth of a child should still be used: “We thank thee, O Lord, that thou hast sustained this mother in her peril and pain….” How like a young, inexperienced man, to think modern medicine had removed the danger from childbearing!

Unborn children are still vulnerable. They may carry the addictions of their mothers or be infected with the diseases of their parents. Their safety and nutrition may be compromised by bad habits or poor prenatal care. They grow toward their birth-day oblivious to the dangers that may surround them – and the persons most lethal to their continued existence may be the very mothers in whose bodies they are daily being nurtured.

We thank God that He continues to sustain our babies and their mothers in their peril and pain. We are grateful for the good example of Mary and Joseph, and for the efforts of parents, grandparents, godparents, siblings, friends, neighbors and fellow-believers to protect mothers and children.

And we praise our Lord Jesus for coming to share our vulnerability. “We do not have a high priest who is unable to sympathize with our weaknesses, but we have one who has been tempted in every way, just as we are – yet was without sin. Let us then approach the throne of grace with confidence, so that we may receive mercy and find grace to help us in our time of need” (Hebrews 4:15,16).