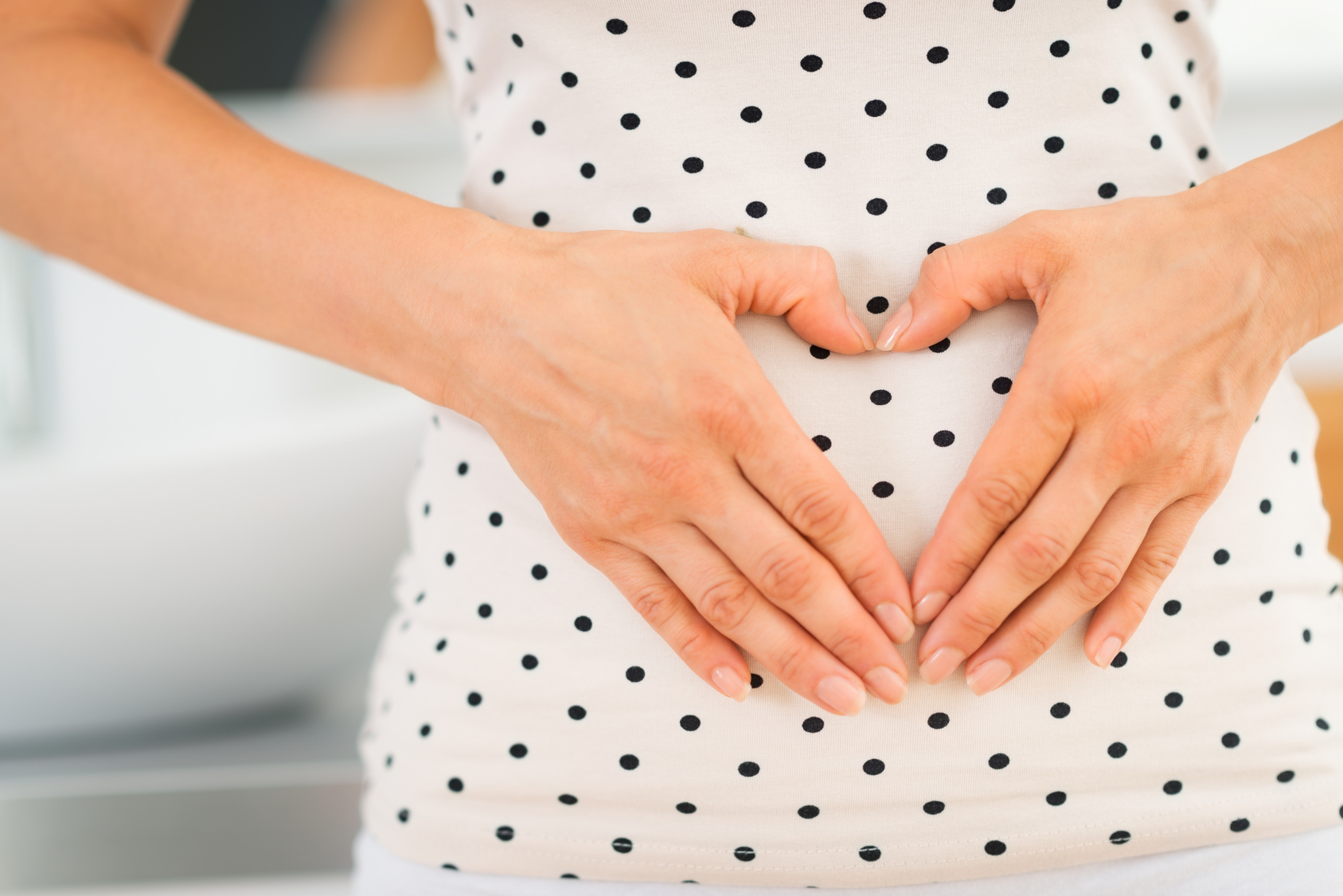 Trey and I wanted to take the time to try to inspire others the way the Lord has inspired us. We are writing this to give credit where credit is due, show thanks to God, and to help others realize that miracles do happen. This story is sure to help you remember that God is indeed loving and will hopefully open your eyes to all the good in the world. It has for us.

It all started with a positive pregnancy test. God blessed us with getting pregnant rather quickly. Of course, we scheduled our first doctor’s appointment. We went to the obstetrician and he sent us for an ultrasound to verify the due date and to make sure everything was developing normally and correctly. Little did we know that this day would quickly become the worst day of our lives.

We were sent down the hall to a genetic specialist. She confirmed the sonographer’s suspicions. She said that best case scenario, the child would have Down’s syndrome and be low functioning. That was if we were lucky enough to even carry it to term. There was a 90% chance our child would have Down’s syndrome. The genetic counselor and sonographer suggested an abortion. Trey and I agreed that if this was the child God was giving us, there was a reason, and we were going to do what he expected of us. The only one that had the right to take the child’s life was God.

Our pastor paid us a visit the next evening. He counseled us and prayed with us. He said a prayer for us and the baby. He asked God for a miracle. Well, God must have been listening!

Our obstetrician referred us to a specialist for a second opinion. We attended this appointment the day after our pastor visited us. We had a second ultrasound. I heard the ultrasound technician say to the specialist, “Can this much happen in 2 days?” The specialist replied, “Apparently it can!” Most of the intestines had folded in, the cyst on the cord was gone, and the cystic hygroma had disappeared! It was a miracle! When I tell this part of the story, some people say, “You all just had a bad first ultrasound. “ That is incorrect. We were there for that first ultrasound and saw the pictures; all of those things were present. In two days, we had a miracle. At this point, we were no longer considered a high-risk pregnancy. However, the fold on the back of the neck was a little thicker than preferred. The specialist preferred it to measure between 2.5 mm-3.0 mm. She was measuring 3.4mm. This could be a marker for Down’s, but since she had a nasal bone already, the doctor was doubtful that this was the case. Our chances of the baby having Down’s went from 90% to anywhere from 5%-25%. Another miracle. I simply said, “We’ve had a lot of people praying for us.”

We chose to decline any type of testing that would tell us if the baby would have a problem; it wasn’t going to change the outcome. We also figured we needed to turn everything over to God and make an effort to trust Him and pray. As long as we did this, there would always be hope. Look at what He had done for us so far!

We went for our 16- and 20-week ultrasounds. No abnormalities. The fold on the back of the neck was within normal limits. We were out of the clear for chromosomal abnormalities, according to the ultrasounds.

The next ultrasound we went to was a 32-week ultrasound. The doctors determined that she was on the small side. However, everything was proportioned and functioning the way it should. They decided we would return in 2 weeks for another ultrasound to make sure everything was developing appropriately. If it wasn’t, then we would have to get monitored 2 times a week. This scared me. Then the vicar gave a sermon that emphasized on the message “Believe and don’t be afraid. God works for the good of those who love Him.” I was reminded once again to turn it over to God, believe, and not be afraid. Well, we went for the next ultrasound, everything was fine.

At 36 weeks, we went for an ultrasound and were sent for another the next week. The purpose of this one was to make sure her fluid didn’t drop too low. Up to 36weeks, it was fine. It was normal at 36 weeks. However, the doctor said it was on the low side of normal and he wanted to keep an eye on it. Well, everything ended up being alright. The power of prayer!

At 39 weeks and four days, I gave birth to a healthy baby girl with a clean bill of health. We had her two-week check-up yesterday, and her newborn screening came back just fine. The pediatrician said she was doing perfectly!

In conclusion, God is love. All good comes from love. So it makes sense that all good comes from God. Miracles do happen, quite regularly in fact. You just have to open your eyes up to them. Just look at Lily’s story! If you are able to open your eyes to all the miracles and blessings God has given us, the world will seem a lot kinder. It certainly is kinder when you realize the love God has for us. I can tell you this: I thank God every day for our experience with this pregnancy because it has drawn me closer to Him. Thus, making me a better Christian. Also, in the long run, a better mother to Lily-Beth. The closer to God that I get, the easier it is for me to see the good that He provides. Just another way in which Lily is our miracle baby

We just want to take this opportunity to thank everyone for their prayers and words of encouragement throughout our pregnancy. As we know it is because of these prayers and our faith that she is thriving as well as she is. Please remember, with faith, you truly can move mountains. This is true because with God there is always hope because with Him all things are possible. Please also remember how healing prayer can be and what peace of mind it can give you. Not to mention, what miracles can stem from prayer. I will close with this passage, “If you believe, you will receive whatever you ask for in prayer.”