Money vs. Life in Light of Life Issues 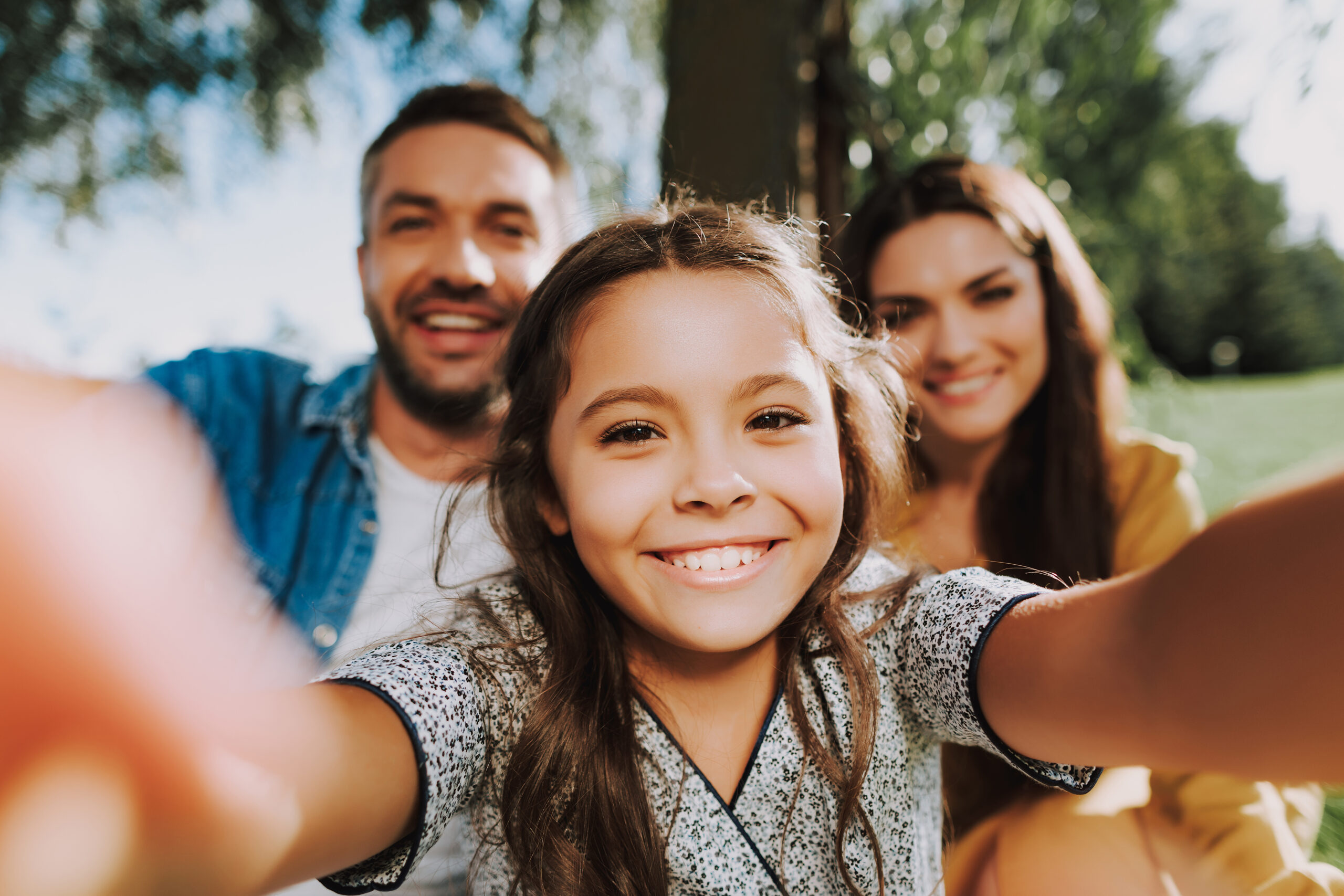 There is often a correlation between prosperity and immorality. That does not mean all who are prosperous are immoral or that all who are impoverished are moral. Rather, it appears that prosperity presents a particular challenge to people in that it opens more and bigger doors for immorality. We certainly see this when it comes to life issues.

As the Apostle Paul instructs the young pastor, Timothy, on the challenges he faces in this sinful world he observes, “For the love of money is a root of all kinds of evil” (1 Timothy 6:10). Because of this clear statement about the nature of evil, it is good for us to ask where the “money connection” is in the abortion and euthanasia issues of our time.

The most obvious money connection in abortion is with the abortion providers. They rake in millions of dollars every year by performing abortions. Providers argue that someone has to do the work, and it is fair to be paid for doing it. That may be true but consider the facts.

Prior to the Hyde Amendment which outlawed the use of federal money for providing abortions to indigent women, abortion providers heavily marketed abortion services to the poor. In his early days when the Rev. Jesse Jackson seemed to be more activist and less politician, he criticized abortion as black genocide. Though he is a supporter of abortion rights today, at one time he recognized the marketing of abortion to the poorer members of the black community.

When federal funding became available for abortion, it was good business and safe income to solicit these immoral services to the poor community. That, however, has changed.

Today, with the Hyde Amendment in place, federal money has dried up and along with it a corresponding thinning of abortion providers. Today it is often only the well-established public charities like Planned Parenthood who locate themselves for easy access to the poor. Their promotional efforts highlight their work with the indigent and thereby continue to enjoy donations from the general public. Private donations are then used to finance the abortion industry. These agencies continue to receive federal money which they put into less controversial programs not banned by acts of Congress.

Recent reports from abortion provider networks attribute the decline in abortion providers to the fear of violent anti-abortion activists and the corresponding hesitancy of doctors to perform the controversial procedure. Nonsense! There may be some who fear the handful of crazy people who endanger the lives of all people in the name of some perverted notion of what it means to be pro-life. There are undoubtedly a number of doctors who rightfully see abortion as fundamentally wrong and do not perform the procedure.

What is really going on is that abortion, in some areas and for some independent doctors, is simply not profitable enough. The abortion industry is driven for the most part by money. When the sources of money dry up and doctors must choose between doing noble and morally right medicine or controversial and immoral medicine, it is only logical that they drop that which is less profitable. I am sure that if finances dried up there would be a handful of self-styled “do-gooders” who would offer to provide abortions at no cost. But as an industry, it would die for lack of money.

Those who seek abortions are often driven by money. Granted, most women do not get paid to have an abortion unless their child is the result of an illicit affair with someone of great influence. Yet, money is a factor.

In the decades that Christian Life Resources has provided pregnancy care services, clients have stated “lack of money” as a reason why their unborn child must die. A Guttmacher Institute study reported that 73% of women cited this (lack of financial resources) as the motivating factor for abortion.

An unexpected pregnancy interrupts educational plans, travel plans, career plans, moving plans, family plans, and so forth. At the root of many of these plans is the underlying desire to be financially secure or prosperous.

Some have argued for abortion as a better solution than bringing an unwanted child into this world only to be abused. So, their solution is to kill the child. Where is the logic in that? Is it not wiser to pour some resources into fighting child abuse?

Some argue that an unplanned pregnancy will plunge a potentially successful student into a situation in which she will be impoverished most of her life. It restricts her academic and career opportunities. So, the answer is “kill the child.” Wouldn’t it be wiser to pour some resources into opening opportunities to take care of single mothers and to help them learn to take care of themselves? That was our thinking behind starting New Beginnings – A Home for Mothers. Instead, advocates find it easier to spend a few hundred dollars to kill the child than substantially more to help fight the prospect of poverty for a single mother.

If you don’t think money is a major player in all of this, consider what it might take to convince a woman not to abort her child. If you can’t remove her feelings of shame, and if you can’t find a school that will accommodate her schedule so that she can continue her education, and you can’t convince her boss to make adjustments in her job, what do you think she will say if you offer her $1 million? As long as a mother who plans to abort her child will change her mind for $1 million, then we can see past the excuses and see that in this circumstance money is the root of this evil.

Similarly, money is often at the root of the euthanasia movement. With the advancements of technology, advocates of euthanasia argue that countless dollars can be wasted preserving lives that should end. They will relay heartwrenching stories of families who drained their resources to take care of other family members who had a poor quality of life. What a waste or so they would suggest.

In the name of compassion, advocates of euthanasia say assistance in suicide is necessary to deliver people from their pain and lack of dignity. Hasn’t anyone ever thought of pouring more resources into pain management? Hasn’t anyone ever thought that perhaps we could do more to make life dignified, even when its quality has diminished? Are these really reasons to kill someone?

Financial concerns are certainly a component to be considered in providing long-term care for the ailing and disabled. They are not, however, to be the driving forces in determining who lives and who dies. Spending $100,000 for someone’s long-term care will probably not be as enjoyable for a family as spending $100,000 on a nice house and great vacation. But is it right that the desire for a nice house and great vacation be the determinant over whether grandma lives or dies? Not according to Scripture.

Before the emotional rhetoric used in both abortion and euthanasia issues overtakes us, it is important to recognize that advocates of abortion and euthanasia both recognize that what they are doing is wrong according to God’s standards. Abortion advocates have publicly admitted that abortion kills a life. They now encourage abortion providers to provide post-abortion counseling to help women cope with this “necessary evil” decision to kill their unborn child.

Advocates of euthanasia have openly stated that the church is their number one enemy. Derek Humphry, the author of Final Exit, a guide to suicide, points out early in his book: “…if you consider God the master of your fate, then read no further. Seek the best pain management available and arrange hospice care.”

How many families do you think can be bribed into taking care of a loved one for whom they otherwise would have provided assistance in their suicide? Do you think for $1 million or $2 million dollars they would put up with the inconvenience? Given that money, do you think that perhaps they would finally put forth the effort to find better pain management and improved dignity because this family member will be around longer? If the answer is “yes,” then love for money is the root of this evil as well.

All of us will face decisions in matters of life and death. We must wrestle with the issue over how much control money will have in our decision. After warning Timothy about the dangers of loving money Paul told him, “But you, man of God, flee from all this, and pursue righteousness, godliness, faith, love, endurance and gentleness” (1 Timothy 6:11). And a bit earlier he said, “Godliness with contentment is great gain” (1 Timothy 6:6).

You cannot avoid wrestling with the impact of money on life issues. After all, money is a blessing given to us by God and over which we are stewards. But how shameful it is for us in our pursuit of this one blessing which we really like, to fail to be good stewards over all other blessings of life, which are entrusted to our care, just because we don’t like their quality.

Challenge yourself with questions about whether you have become a lover of money. Ferret out that “love of money” sin that may be skewing your perception of right and wrong. Then, take on the world! Support efforts to care for and assist single mothers, the disabled, and the ailing. Let your godliness shine so much that contentment characterizes your demeanor. Love with humility, and sacrifice as you have known it from your Savior.