The Christian and Government 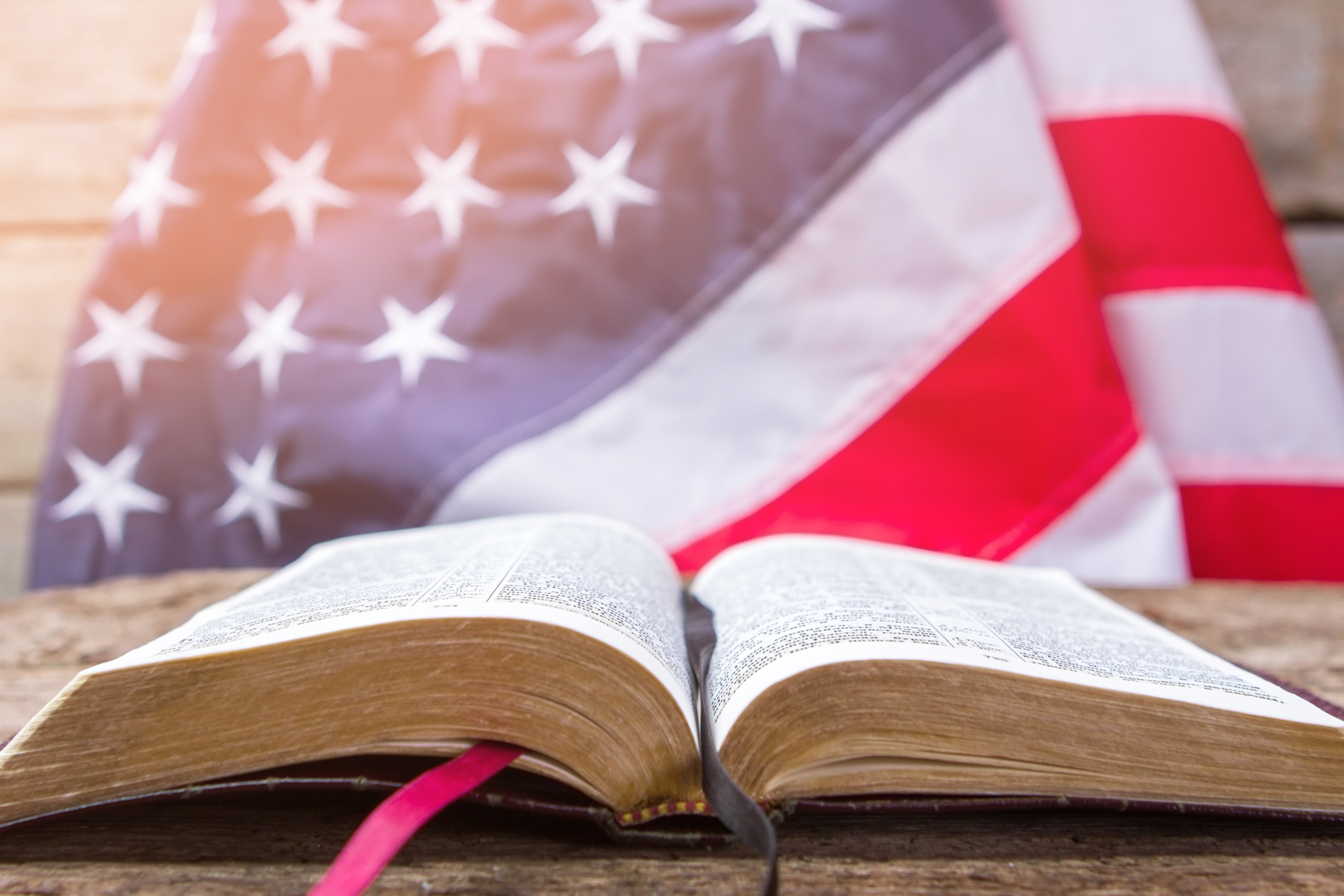 Have you ever tried to walk two big dogs at one time? It’s alright as long as both animals want to go in the same direction. But as soon as one dog sees a cat running east and the other dog sees a car he wishes to chase traveling west, you’re in trouble. You find yourself torn between two opposing forces, and you cannot accommodate yourself to following both.

Sometimes that’s the way we feel as Christian citizens of the United States. Can we be both “Christians” and “citizens” at the same time? Are there times when we are more one than the other?

The first question Jesus answers for us. He let the people of his day know that God’s children indeed were members both of God’s kingdom and a kingdom on this earth. As such, they had responsibilities to both. “Give to Caesar what is Caesar’s,” he told them, “and to God what is God’s” (Matthew 22:21).

By working of the Holy Spirit in our hearts through Word and Sacrament we are children of God by faith in Christ Jesus. And by virtue of our physical birth or naturalized status, we are citizens of our country. We have double responsibilities.

The Responsibility of Obedience

The chief responsibility we have in both kingdoms can be summed up in one word, obedience. As Christians, we owe absolute obedience to God and his revealed will. He is our Creator, and that should compel us to confess with King Solomon, “Fear God and keep his commandments, for this is the whole duty of man” (Ecclesiastes 12:13). But our triune God is also our Redeemer and Sanctifier, so we agree with the words of the apostle Paul, “You were brought with a price. Therefore honor God with your body” (1 Corinthians 6:20).

Obedience is also enjoined on us as citizens of our country by the laws of our land and by Scripture. “Everyone must submit himself to the governing authorities,” Paul wrote in Romans 13. Governing authorities are representatives of God.

Paul continues, “The authorities that exist have been established by God.” Governing authorities may not always earn our trust and confidence. At times, they may even treat us unfairly through unjust laws or the misapplication of good laws. That does not change our responsibility to obey. Even the worst of governments are used by our gracious God to give law and order, protection, and other earthly blessings.

But a difficulty may arise. What if God’s Word and the laws of human government are like those two dogs, pulling us in opposite directions? Which way do we go? Again the Word of God provides us with guidance. Our obedience to God and his Word is absolute, but our obedience to governing authorities is limited.

To take a pro-life situation as an example, when God tells us, “You shall not murder,” a human government cannot say, “A woman must abort every unborn child after she has given birth to one.” In such a situation we would have to say with the apostles, “We must obey God rather than men!” (Acts 5:29) Faithfulness to God’s revealed will always come before the demands of human government.

Note carefully where this limitation of obedience applies. When the government commands a Christian to do something against the clearly revealed Word of God, the apostle’s words apply. They do not apply simply because we do not like a particular law. Nor can we appeal to them when the government allows somebody else to do something which we know to be immoral and sinful. We can loudly proclaim to all who will listen that such practices are an abomination to God and will bring his wrath and judgment. But we cannot insist that we have a God-given obligation to intervene in an unlawful way to prevent another person from committing a sin. That person will one day have to answer directly to God for his or her actions.

The Responsibility of Action

Another responsibility the Christian citizen has is the responsibility of action. This action relates to the purpose of the particular kingdom a person is dealing with. The purpose of God’s kingdom is in tune with his will, that is for “all men to be saved and to come to a knowledge of the truth” (1 Timothy 2:4). The purpose of human government is to maintain law and order, and afford protection and justice to all of its citizens. The Christian citizen is to act in harmony with both of these purposes.

Again it may seem as if the two dogs are pulling in opposite directions. This need not be the case. One Christian activity serves both purposes, and that is prayer. For the work of spreading the gospel to enlarge God’s kingdom Paul requested, “Brothers, pray for us” (1 Thessalonians 5:25). That earthly government might continue to be a blessing the same apostle encourages prayer “for all those in authority” (1 Timothy 2:2).

Even when an activity does not serve both kingdoms, the Christian citizen can avoid confusion. Let’s take the pro-life cause as an example. As a member of God’s kingdom, the Christian will not be satisfied with just preserving the physical life of the unborn. If a child is born to life on earth, but is not won for Christ, the journey to hell has only been delayed by a few years. To bring both mother and child to faith in Christ Jesus, Christians may seek to instruct the mother in the Word and bring the child to baptism.

Or we may support a ministry like Christian Life Resources which is dedicated to spreading the gospel. In such a ministry we will not be seeking to establish social justice or repeal unjust or immoral laws. Rather, we will be acting more as Christians than as citizens.

Yet Christians are citizens of a country and should act within that sphere also. To gain justice for the unborn, the helpless infant, or the aged we can vote for pro-life candidates, pursue our government representatives to change immoral laws, publicly demonstrate for social justice, hold public office ourselves or use any other legal means to move the government to remain true to its purpose. Or we may join a political or social action committee with like-minded citizens. Although we still seek to do all things to the glory of God, because our purpose here is to further human government, we really are acting more the citizen than the Christian.

When we know the guidelines which God’s Word gives us and have the purposes of our actions clear in our minds, the dogs need not pull us in opposite directions. In their concern for human life, Christians can faithfully serve in both kingdoms.