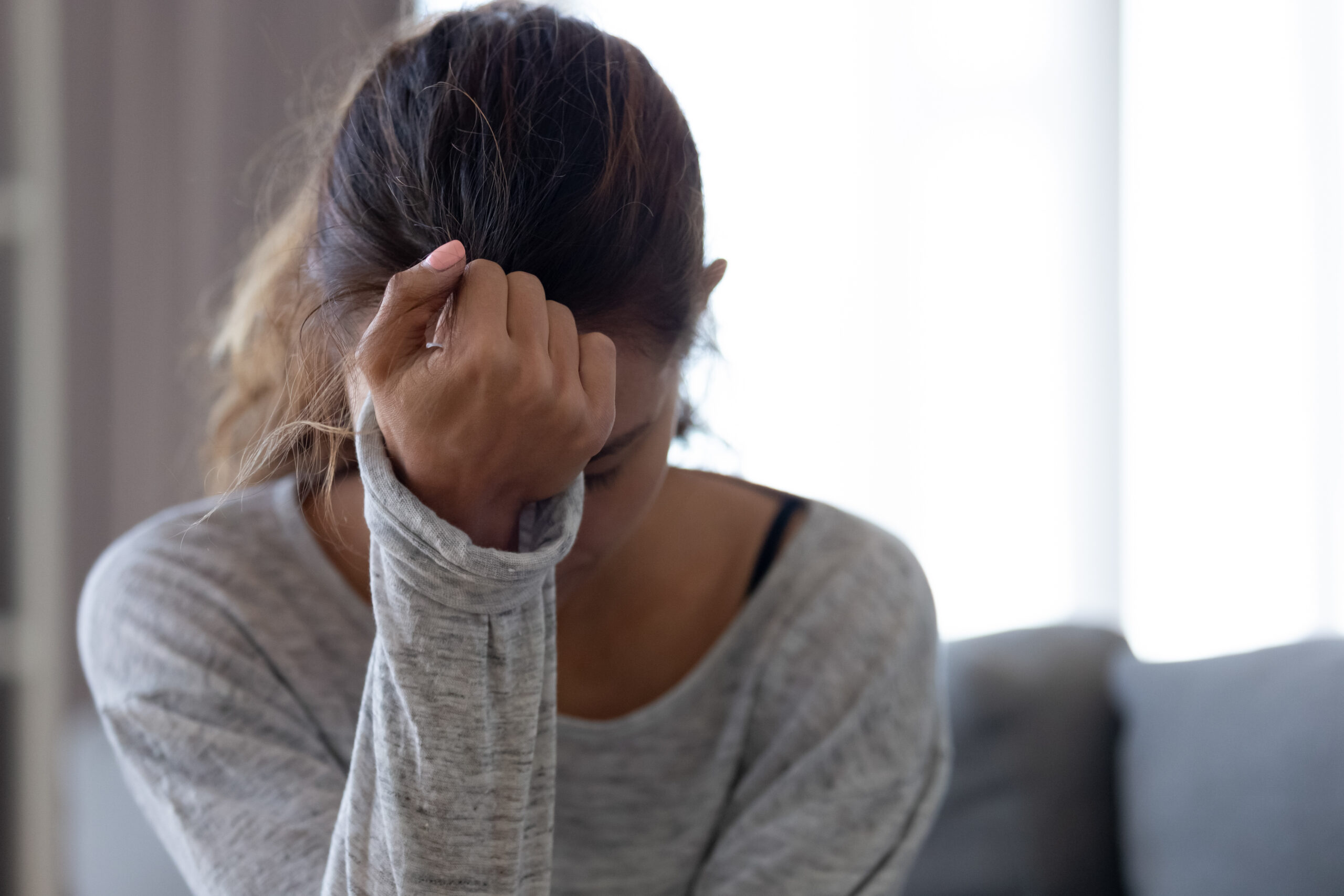 Those who were responsible for legalizing abortion in the seventies claimed that if abortion were legally available, women would be protected from unsafe, back-alley abortionists. Pro-abortion politicians and activists have repeated this mantra over the years, trying to scare the public into keeping abortion-on-demand the status quo.

Is there any truth to their principal [sic] argument? Has legal abortion throughout pregnancy for virtually any reason been good for women’s physical, emotional and reproductive health? The evidence is clear.

For the last two years, I’ve researched and documented known cases of women who have suffered at the hands of legal abortion. Keep in mind that abortion has been legal since 1973. These are just the cases I became aware of during a 24-four month time span when they either occurred or were prosecuted. Undoubtedly there are others.

Paramedics in Valdosta, Georgia were called to an abortion mill on May 9, 2003. Charles Rossmann was aborting a woman who was eight months pregnant. He started the procedure and then left her alone in the abortion mill. She dialed 911 when she went into labor. Paramedics had to force their way into the locked building to find the woman and her newborn baby. They transferred them to the hospital where the child was in critical condition.

An emergency call went into an ambulance company in Cleveland, Ohio. An abortion mill needed to get a bleeding patient to the hospital. The abortionist on the phone coldly said, “I just can’t stop the bleeding because I can’t see what I’m doing and I want her out of here.” Then he added, “Come to the back door.”

The state of Pennsylvania rewards its wayward abortionists. Steven Brigham lost his medical license in several states due to questionable medical practices. In spite of being convicted for failing to file an income tax return, and owing over $40,000 in back rent, Brigham received a contract with the state Department of Health to test patients for STDs.

Arizona abortionist, Brian Finke, was found guilty of 22 counts of sexually abusing patients. More than 60 women complained. Half of them testified. He was charged with touching patients inappropriately while under anesthesia and was sentenced to thirty-four years in prison.

Joel Novendstern, a New York abortionist, punctured a woman’s uterus when aborting her twenty-three-week-old baby. He refused to call an ambulance, instead sending her to the hospital in her boyfriend’s car. She required emergency surgery, nearly died, and is no longer able to have children. The abortionist’s medical license was revoked for only six months.

Fifteen-year-old Tamia Russell died in Detroit on January 8, 2004, from a second-trimester abortion. The boyfriend was 24, which constitutes statutory rape. The abortion was also done without Tamia’s parents even knowing she was pregnant, also a violation of Michigan law.

Dana Powell had an RU 486 chemical abortion at the Women’s Center for Choice in Akron, OH. She is suing the abortion mill, the abortionist, Raymond Robinson, and a nurse, Mike Finke, because the abortion left her sterile.

Pennsylvania abortionist, Harvey Brookman, was fired for operating without a medical license. Steve Brigham, who lost his license in three states and has a reputation for hiring shady abortionists, owns the abortion mill where he worked. Brigham runs more than twelve abortion mills along the East coast.

In April of 2004, Kansas Attorney General, Phill Kline, testified at a hearing before state legislators that a Topeka abortion mill was a health risk for women. This included bloody carpet where abortions were done, rat poison, and rat droppings in an adjacent room. A dead mouse was found in the hallway. Aborted babies and food were kept in the same refrigerator where medical supplies were stored. Krishna Rajanna, abortionist and owner of the mill, has had his medical license permanently revoked.

David Healow, an anesthesiologist, not a surgeon, was moonlighting as an abortionist when he maimed Lorraine Thul, requiring a hysterectomy. The victim said a nurse admonished Healow for being “overzealous” in his technique. The botched abortion took place in a Montana Planned Parenthood clinic. The building had previously operated as a funeral home.

Philip B. Pierre-Louis nearly killed a 17-year-old girl in San Bernardino, CA. He punctured her uterus and ripped out three to five feet of her intestines. She spent 12 days in the hospital, nine in intensive care. The abortionist was only given four years probation and a $5,000 fine. The only reason he lost his license was because he fled. Tragically, he can legally perform abortions in another state.

Malachy DeHenre performed abortions in Mississippi and Alabama. Both states have revoked his medical license where he left a trail of carnage. An Alabama woman died, another required a hysterectomy, and three others were injured.

California abortionist, Joseph Durante, was already on probation and had had his medical license revoked when another abortionist at his mill seriously injured a woman. He has since closed shop, citing lack of business.

Robelto Osborn had his Florida medical license revoked for botching several abortions and maiming women. In part, he didn’t return emergency phone calls from women who were experiencing severe pain or excessive bleeding. But that didn’t stop him from performing abortions. He was caught doing them in another abortion mill. Police also have a warrant out for Kieron A. Nisbet, in the same location, for administering anesthesia without a medical license.

George Tiller is a notorious late-term abortionist. Locals call him “Tiller the Killer.” His sprawling abortion mill has its own on-site incinerator to cremate the babies’ bodies. Smoke can be seen rising from the complex, as ash settles on the demonstrators keeping vigil out front. In September of 2004, a woman was transported to the hospital from Tiller’s mill, writhing in pain. In addition, two women have recently died, one in January, and another a month later in February. On June 1, witnesses saw Tiller escort a woman to the emergency room of a local hospital. Another botched abortion is suspected.

Liza Berdiel was a receptionist at the Lakewood, NJ abortion mill. She was caught injecting chemical abortion drugs into women after hours and pocketing the money. She’s also charged with stealing a prescription pad to write an illegal prescription for a patient. While investigating the case, authorities discovered Flavious Moses Thompson, the abortionist and owner of the mill, was also violating various laws. One of which was flushing the babies’ bodies down the toilet, and charged with doing abortions without a license to process medical waste.

Abortionist, Rodolfo Finkelstein of Michigan, has been charged with sexually assaulting women after doing abortions. He faces charges so serious that he could get life in prison. Finkelstein is also charged with five other counts of criminal sexual conduct. He skipped out on a court hearing, and authorities believe the fugitive has fled to his native country of Argentina.

Michigan abortionist, Reginald Sharpe, associated with Finkelstein, has had his license revoked for starting a late-term abortion and then leaving. Abortion mill staff refused the woman’s pleas for help. Her mother ended up delivering the dead baby and then had to call an ambulance. The woman was taken to a hospital and stabilized.

An Illinois appeals court ruled the mother of a 13-year-old girl can sue a Chicago abortion mill. A massive overdose of anesthesia drug caused her death.

It’s tragic that the abortion industry is killing and maiming women while killing their babies. It’s also tragic that they’re doing it in the name of women’s rights. But the abuse of women doesn’t seem to be ending there. Evidence shows many abortion mills may be operating without credible malpractice insurance. They claim to be insured by a Bermuda-based insurance company. However, eight states have called it an insurance scam selling false policies and have prohibited it from operating. The National Coalition of Abortion Providers says many abortion mills use this highly questionable Bermuda insurance company. That means many women are at risk of being harmed physically and then may not be able to seek justice for grave bodily harm.

Another alarming trend within the abortion industry is apparent cases of abortion mills all too willing to cooperate with sexual predators. Investigations are now being conducted in Kansas, Indiana, and Ohio. It appears abortions were done on minor girls to cover up statutory rape by adult men who impregnated them. This has become a growing concern among state authorities. Critics say the abortion industry is part of the problem.

This collective evidence shows the true nature of so-called pro-choicers. When you hear people touting abortion as a women’s rights issue, point out to them the reality of how women are abused emotionally, physically, financially, and spiritually in the name of equality and freedom.