Shall We Call It ‘Doublespeak?’ 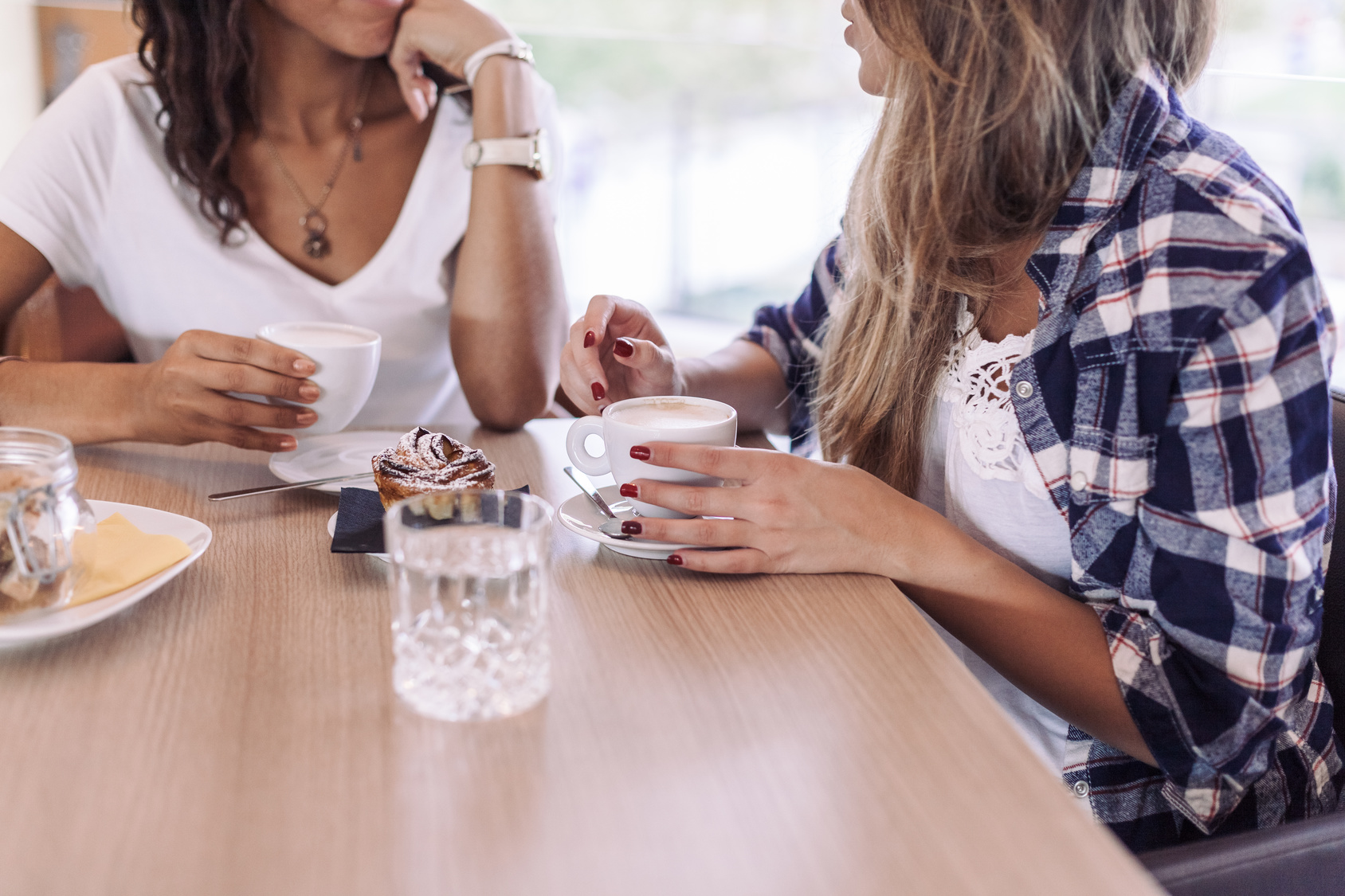 Dr. Bernard Nathanson was one of the three founders of the National Association for the Repeal of Abortion Laws (NARAL). The mission was to sell the American public on the concept of abortion-on-demand. His tools were lies, deceit, and doublespeak. In 1969 NARAL allocated $5,000 to a public relations firm to sell the American public on abortion-on-demand. Two objectives needed to be met to do so: 1) fabricate statistics to make society believe that abortion-on-demand was favored by the majority of the public; and 2) frame the issue positively.

Nathanson acknowledges that to make NARALs case, he and his cohorts claimed to have statistics showing a majority of the American public favored abortion-on-demand. He explained it this way: Knowing that if a true poll were taken, we would be soundly defeated, we simply fabricated the results of fictional polls. We announced to the media that we had taken polls and that 60 percent of Americans were in favor of permissive abortion. This is the tactic of the self-fulfilling lie. Few people care to be in the minority.”

Secondly, in order to re-frame the abortion issue, NARAL appropriated the term choice. No one, even today, likes to talk about abortion. Everyone likes to talk about having choices. So, to this day abortion advocates consider themselves pro-choice and even some pro-life advocates use that term. They are duped by the doublespeak.

When Jesus stunned his disciples with news that one of them would betray him, Judas engaged in doublespeak: Surely not I, Rabbi? Judas intent was clear. He diverted attention away from himself and thereby preserved his plan. We know how that story ended. It didn’t work for Judas. He wanted everyone to look past him, but sinners can’t lie to God.

Today doublespeak is engaged in knocking people off track when a critical decision is to be made. For example, in an Associated Press article about living wills, author Laura Meckler wrote the following: Would you want to linger in a vegetative state if it were unlikely you’d ever wake up? Or would you rather be allowed to die?

Talk about leading questions! Who would want to linger in a vegetative state? If God was taking your life, would you want to fight against Him? Ms. Mecklers doublespeak is clearly meant for her readers to look past the issue at hand and be emotionally led down an agonizing road where efforts to preserve life can only be seen as intrusive, undignified, and harmful.

Consider another way those words could have been written: Would you want someone to shorten your life simply because its quality is diminished? Or: Would you prefer to live according to Gods timetable? It has to do with how words are stated. While no one cherishes the idea of living in a vegetative state, it is sometimes the path of life that is handed to someone for a time. The distinctively Christian approach to such challenging issues is not to ask, What do I like? but What would God have me do?

When the quality of one’s life changes it is never easy. No one wants it to happen, but yet it does. Its talked about a lot in the Bible. It is seen all around us and even in our own lives. But an attitude that not my will but Thine be done accepts a station in life rooted in the confidence that God has a purpose for it (Romans 8:28).

In this debate, no one wants to talk about who really has authority over life and death. If the discussion is framed in such a way that life is only measured by what is lost, one cannot be surprised how short the leap is from talk to action. We see it now. People are creating medical directive statements with the primary intent of defining how rough they want life to get before action is taken to end it. Who is talking to God? Who is looking for His direction? His Word does not grant permission to shorten even a low-quality life, no matter how badly it is desired. Don’t be tricked by the doublespeak. It creates a bias contrary to Gods will.

A lesson in futility

“Futile efforts” are those that are viewed as a big waste of time. Futility is to engage in something that just doesn’t work. A person doesn’t want to do futile things. But there is doublespeak about the futility that catches many people off guard.

Take, for example, a patient who suffers a serious stroke. Though not fatal, there is little, if any, likelihood of any significant improvement. All the things we knew this person to be are now different. That quick wit, sharp reaction, subtle sense of humor, or even the warm hug and friendly smile are now gone. Instead, the patient’s face looks dazed and out of touch. There is a lot of sleeping, very little conversing, and a lot of pointlessness to the day-to-day existence. Or so it would seem. From our perspective, there is pain that we wish would go away.

The patient has pain. The physical pain can usually be treated, but there is likely an emotional pain because the patient never would have chosen to live in this manner. There was a vibrancy and energy in life that is now reduced to this.

There is also our pain… remembering the better times, the engaging conversations, and the warm hugs. The pain can be almost unbearable and the wish is that it would go away.

So the doctor states that some decisions must be made. At issue is the patients feeding. It takes too long to do it by hand. There is too little staffing available for such a time commitment. Nasal-gastric feeding is an option but running a tube through the nose just seems uncomfortable. The real option is gastric feeding with a tube surgically inserted into the abdomen. But then here it comes it won’t change things. The patient will still be a stroke victim unresponsive and needing constant care.

It won’t change things. Did you catch it? Do you hear the doublespeak? What does feeding ever change? It never heals it is not supposed to. It doesn’t make blind people see or deaf people hear. It does not cure cancer or fight infection. Feeding simply sustains life. That is it. Nothing more and nothing less.

Feeding is not a curative experiment to try on a stroke patient. It is not some test to measure cognitive changes each day based on the balance of fruits, meats, and vegetables. Feeding simply sustains life. So there is only one reason not to feed and that is to stop sustaining life.

Now if there are other indicators suggesting that death is imminent (within a few days) no matter how a patient is fed, then feeding truly is futile. The kidney failure, the weakened heart, the liver failure, etc., etc., all may not be able to be reversed. Then feeding is a waste it is futile.

If, however, such failures are not happening, the decision to stop feeding accomplishes only one purpose: to end the life of someone. Don’t be caught by the doublespeak. Feeding sustains, it does not cure.

It’s not black and white, it’s white and black

Read the above again! It sounds stupid, doesn’t it? After all, its just semantics and all in how you say it. In the end, it is partially black and partially white, no matter how it is stated, how the syllables are inflected, or how dramatically and sincerely the case is presented.

The final example of doublespeak does just that: it says the same thing differently with the expectation that the point is missed.

Stem cell research is the ethical flavor of the year. Bolstered by high profile endorsements stem cell research is being touted as the healing cure-all for medicine. The Christian community has long supported stem cell research. The use of adult or umbilical cord stem cells to replicate tissue and repair organ or tissue damage is a wonderful way to care for others. What, however, happens when it is said that in order to help one person another must first be killed? Sounds crazy, doesn’t it? Well, welcome to 21st-century ethics.

The doublespeak continues with the advent of cloning technology. Cloning became a public issue with the creation of Dolly the sheep. Recently a woman paid $50,000 to have her late cat cloned. Now humans are being cloned. Though the process is still flawed enough that no cloned human has yet been born, the inevitable has taken place: with the cloning of one species, it was only a matter of time before the human species would be next.

What happens in the cloning debate is that advocates play with some terminology to mask their work. Public opinion polls consistently reflect opposition to cloning people to make other people. That is called reproductive cloning. But people are now being cloned just for experimentation and their eventual destruction. That is called therapeutic cloning. Do you catch the distinction?

The bottom line is that human beings are being cloned. While still in the embryonic stage, stem cells are extracted, thereby killing life as an embryo. It is still cloning. It is still the creation of human life. The only difference is that with reproductive cloning the intent is to bring about new life, and with therapeutic cloning, the intent is that the new life dies.

Advocates, however, want people to think they are being ethical in not creating humans because they know the public isn’t ready to accept human cloning. But they use doublespeak to fool people into thinking the objection is in the cloning alone. The objection is in the killing. Whether therapeutic or reproductive cloning is being done, human life is being created. Therapeutic cloning becomes even more offensive because it is not simply the reckless creation of human life it is creating human life with the sole purpose of killing it, hoping that one day it might help others.

Some say the glass is half empty. Others say it is half full. While it may reflect two different ways to look at something, it doesn’t change reality. Doublespeak is a clever tool for people to get their way when the truth is just too hard to swallow. Be on your guard by growing in your knowledge of God’s Word so you are not duped by every clever phrase used by those who wish to do wrong. The world is attracted to such things, but don’t be fooled (Romans 1:30). Doublespeak is simply a guise to do wrong.