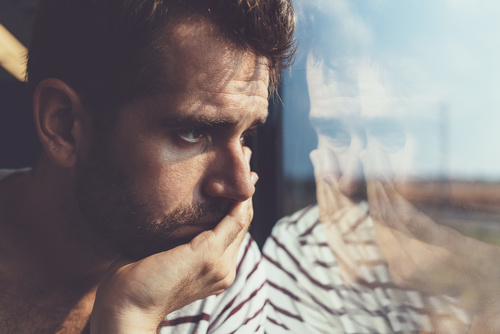 When abortion is marketed to the general public its advocates emphasize the autonomous right of the woman to make this decision. Society has so bought into that notion that in 1976 the U.S. Supreme Court ruled that the father of the child has virtually no say about a woman’s decision to kill that child through abortion. When one considers end-of-life concerns it is not uncommon to find sons, who are often now fathers of their own children, relegating end-of-life concerns for elderly or disabled relatives to wives or sisters. Regardless of the law or even the cultural practices in society, we seek here to understand the Lord’s expectations of fathers.

Genesis 2:23-24 The man said, “This is now bone of my bones and flesh of my flesh; she shall be called ‘woman,’ for she was taken out of man.” For this reason a man will leave his father and mother and be united to his wife, and they will become one flesh.

What does this passage say about the initial step in the process of becoming a father?

Genesis 9:20-27 Noah, a man of the soil, proceeded to plant a vineyard. When he drank some of its wine, he became drunk and lay uncovered inside his tent. Ham, the father of Canaan, saw his father’s nakedness and told his two brothers outside. But Shem and Japheth took a garment and laid it across their shoulders; then they walked in backward and covered their father’s nakedness. Their faces were turned the other way so that they would not see their father’s nakedness. When Noah awoke from his wine and found out what his youngest son had done to him, he said, “Cursed be Canaan! The lowest of slaves will he be to his brothers.” He also said, “Blessed be the LORD, the God of Shem! May Canaan be the slave of Shem. May God extend the territory of Japheth; may Japheth live in the tents of Shem, and may Canaan be his slave.”

Luke 21:34 “Be careful, or your hearts will be weighed down with dissipation, drunkenness and the anxieties of life, and that day will close on you unexpectedly like a trap.

Ephesians 5:18 Do not get drunk on wine, which leads to debauchery. Instead, be filled with the Spirit.

What does this passage say about drunkeness?

Drunkeness blurs the line between right and wrong and opens up the possibility for compounding sin upon the sin of drunkenness.

What does the passage say about respect that are entitled to fathers?

While the passage certainly does not excuse Noah’s drunken state, it still emphasizes that even when intoxicated the father is worthy of respect.

Exodus 20:5-6 You shall not bow down to them or worship them; for I, the LORD your God, am a jealous God, punishing the children for the sin of the fathers to the third and fourth generation of those who hate me, but showing love to a thousand [generations] of those who love me and keep my commandments.

2 Kings 17:41 Even while these people were worshiping the LORD, they were serving their idols. To this day their children and grandchildren continue to do as their fathers did.

Why is it fair that children are punished for the sins of their father?

The key words are “of those who hate me.” Fathers who display a life of apathy or hatred teach their children to imitate those sinful characteristics. They, in turn, face the judgment of a righteous God who hates sin.

What does this passage say about the responsibility fathers have for the spiritual well-being of their children?

Fathers have the tremendous responsibility of displaying lives of faith and devotion to the God of their salvation.

Jeremiah 47:2-3 This is what the LORD says: “See how the waters are rising in the north; they will become an overflowing torrent. They will overflow the land and everything in it, the towns and those who live in them. The people will cry out; all who dwell in the land will wail at the sound of the hoofs of galloping steeds, at the noise of enemy chariots and the rumble of their wheels. Fathers will not turn to help their children; their hands will hang limp.

What does this passage say about the father’s role in caring for children?

The father’s responsibility of caring for his children is not only assumed in Scripture, it is held up as an illustration of God’s love for his people.

Proverbs 4:1-5 Listen, my sons, to a father’s instruction; pay attention and gain understanding. I give you sound learning, so do not forsake my teaching. When I was a boy in my father’s house, still tender, and an only child of my mother, he taught me and said, “Lay hold of my words with all your heart; keep my commands and you will live. Get wisdom, get understanding; do not forget my words or swerve from them.

Isaiah 38:19 The living, the living–they praise you, as I am doing today; fathers tell their children about your faithfulness.

Ephesians 6:4 Fathers, do not exasperate your children; instead, bring them up in the training and instruction of the Lord.

What role is a father to have in the spiritual training of his children?

1 Timothy 5:8 If anyone does not provide for his relatives, and especially for his immediate family, he has denied the faith and is worse than an unbeliever.

What is God’s will for the relationship between children and their fathers?

God is displeased and promises the result to be a curse.

Application
1. These passages illustrate that fathers are responsible for their children. That responsibility is to extend to their physical and spiritual concerns. When and how should a man begin to show this responsibility for his children?
It begins with the procreative process. Christian men recognize the unique privilege God gives them to bring children into the world. For that reason a man will first seek to bring children into the world through the institution of marriage as it was ordained by God. A man will also recognize that should the physical relationship between a man and woman be blessed by God with a child the responsibility begins immediately to care for the child’s physical and spiritual well-being.

2. How do fatherly responsibilities figure into to the abortion issue?
Christian men enter into the sexual relationship assuming all responsibilities that come with it. While the laws of the land prevent him from vetoing a decision for abortion he will nevertheless conduct his responsibility by doing what he can legally to protect a child’s life. That may include changes in career or living arrangements in order to care for this new responsibility. If the child was conceived outside of he bonds of marriage a father may encourage the mother to consider such options that would be best for the child under the direction of Gods Word. Such options may include marriage or adoption.

3. What can a father do when a mother decides to abort a child against the father’s wishes?
A Christian’s responsibility is first to be a light shining in a dark world. That means he will witness to the truth of God’s Word. It may first bring the need for repentance on the father’s part for illicit sexual activity. It may involve networking with pastors, parents and other Christian influences to convince the mother to do what is right before God’s eyes. Should the mother insist on taking the child’s life the father will need to recognize that the mother must answer for her on sin. The father already is bathing in the forgiveness of sins for any error he may have committed that may have resulted in this pregnancy. His responsibility ends when another (i.e. the mother) uses her station in life to kill the child’s life. The father must be prepared to mourn the loss and to then proceed to address the concerns of the living, namely the spiritual welfare of the mother who killed her child.

4. What kind of responsibility does a son, who most likely becomes a father in adult years, have in caring for his elderly or disabled relatives?
Fathers, who have shown their concern for their own children, are therefore equipped to care for and make decisions for the continued care for their elderly or disabled relatives. It is not a responsibility to be passed off to a wife or sister.

Prayer: Dear Father in heaven, you are our perfect example of fatherly love. Move all men to imitate that love as they consider your greatest act of love in the gift of Christ as their Savior. Teach men to protect and honor life as your blessing. Move men to care for the unborn, the defenseless, the disabled and elderly. Forgive us for the times we neglect such responsibilities and keep your message of sacrificial love in Christ always before us as our example. We ask this in His name. Amen.