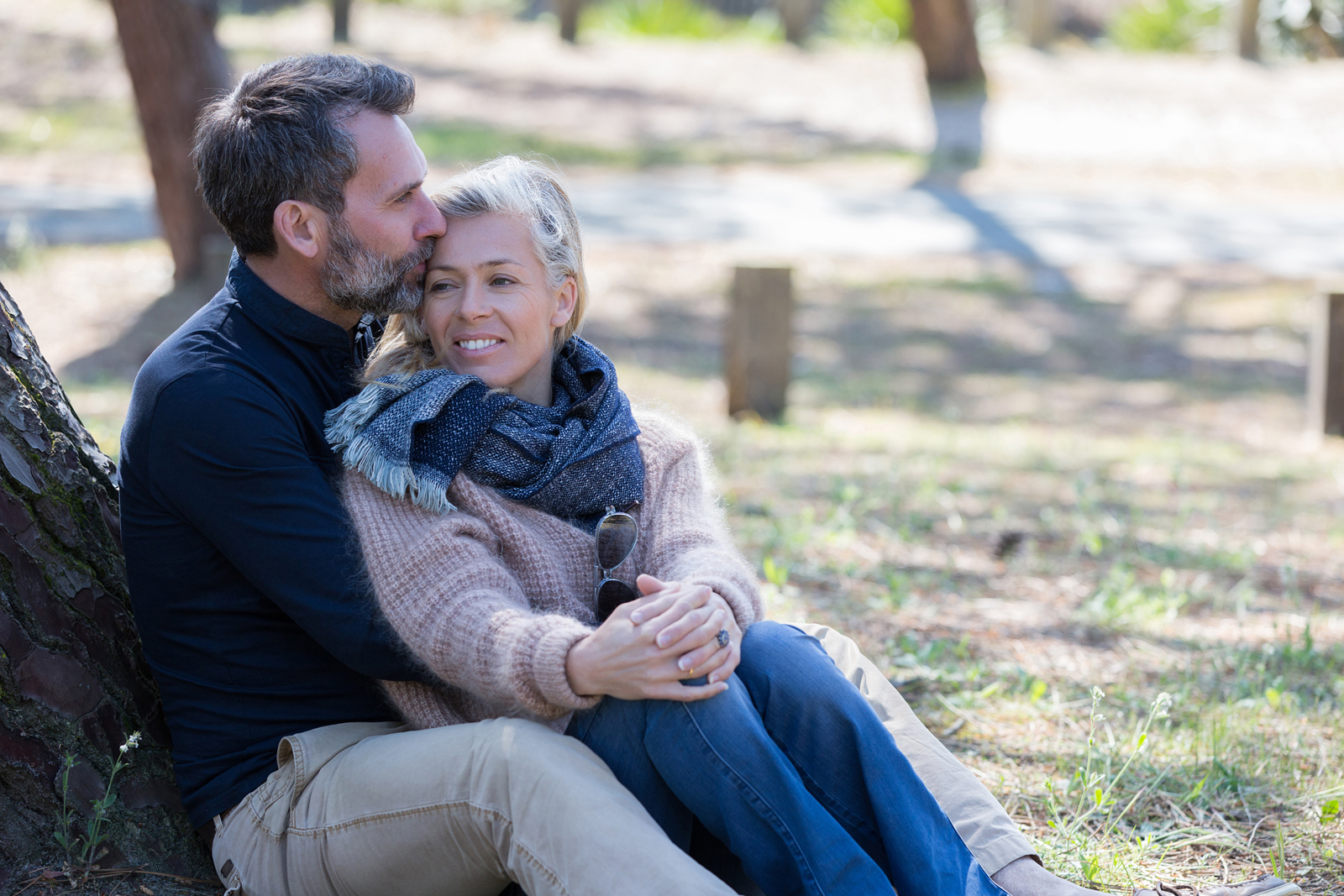 Walking into Mary Ann and Ken’s home on a quiet small town street, you will notice the walls and tables adorned with family photos: recent wedding pictures of their children, snapshots of grandchildren, and faded black-and-white photos of a long-ago childhood. You find the house a tapestry of interwoven lifetimes, from the crayon drawings of a two-year-old stuck to the fridge, to the furniture of family heirlooms. In the background, you hear the ticking of the grandfather clock in the front room. When you know what Mary Ann and Ken have been through in the past years you can understand the significance of it all…

February 27 started out as a rather typical day for Mary Ann, but it ended much differently. This was the day her family doctor discovered that something was seriously wrong, and she needed a blood transfusion immediately. Her very life was at stake. After a bone marrow biopsy, she was diagnosed with acute myelogenous leukemia (AML) and immediately began rounds of chemotherapy. Initially, she was given less than a 25% chance of survival. Her chances could go up to 50% if she was found to be an acceptable candidate for a stem cell/bone marrow transplant.

AML, just one of the major types of leukemia, results from acquired genetic damage to the DNA of developing cells in the bone marrow. “Leukemic blasts” develop, and normal marrow cell production is blocked. The next few months would bring many challenges, yet Ken and Mary Ann trusted in God’s providence.

The days of battling for her life began. After several rounds of chemotherapy, Mary Ann discovered she was a good candidate for a stem cell/bone marrow transplant. Doctors had to harvest her own cells since she had no siblings for a bone marrow match and was too old for a transplant from a donor program.

She began the process of building up her stem cells and then removing them from the bloodstream through a process called apheresis. The stem cells were harvested and then frozen. Mary Ann went through physicals, blood tests, round-the-clock chemotherapy for a time, and four days of full-body radiation twice a day until she got the go-ahead for the transplant.

In July, Mary Ann underwent a bone marrow transplant. It was a success. That wasn’t the end of the journey, however. The road to recovery and rebuilding included more hurdles. After a month in the hospital, she was released back to her home but unable to go out at all for 100 days because of her weak immune system.

“I was so thankful to be alive,” Mary Ann says. “My family was always there.” In the difficult days, Ken never left Mary Ann’s side and slept nights at the foot of her bed. Her daughters lived for a while in a motor home near the hospital. Throughout the experience, their Christian faith was evident to all.

“There aren’t too many days that go by without reliving some part of this,” Ken says. “We have learned more about human blood and the different types of leukemia than we ever wanted to.” They also developed a greater trust in the Lord as the true source of comfort and strength.

“Your priorities change when you’ve come close to death,” Mary Ann explains. “Sometimes what you thought was important just isn’t anymore.” Mary Ann learned from her ordeal to take more time for loved ones and cherish the richness they bring to life. She learned to spend that extra minute doing something simply for herself in case she wouldn’t get the chance tomorrow. And through it all, she also learned that the trials and sufferings of earthly life are simply a part of the preparation for eternal heavenly joy.

Mary Ann’s doctor got an insight into her Christian beliefs and the strength of a family that loves God. “I don’t know how anyone could get through an ordeal like this without spiritual help,” Mary Ann says. The doctor even agreed: Through it all, certainly their faith would help more than anything. Mary Ann’s daughter now calls her their “walking miracle.” Her life is a testimony of the power of God.

Today, Mary Ann has been in remission for over two-and-a-half years. She counts her blessings. During this time she has seen two of her children get married. She has held the miracle of three new grandchildren in her arms. She has celebrated her 64th birthday. God has given her the gift of life these days. She’ll never take them for granted.

You might see Ken and Mary Ann riding their motorcycle down the freeway, or you may pass their motor home on a quiet backcountry road. With God’s help, they are embracing these days with new zeal and youth. While the clock in the front room continues to tick away the moments and family snapshots continue to herald the passing of time, God in his mercy has granted Ken and Mary Ann a new sense of hope and has strengthened their bond of faith together.