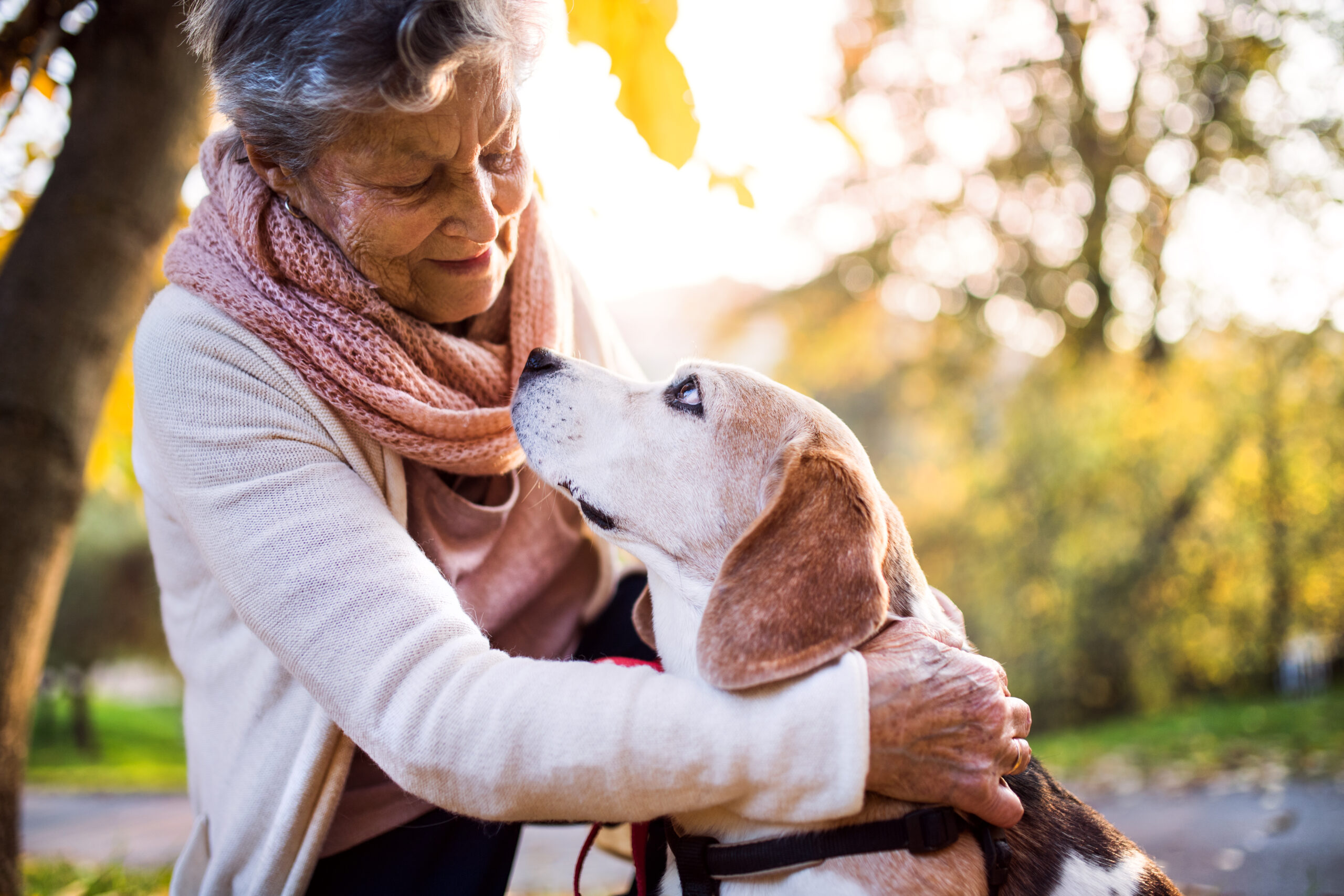 On June 22, 2015, Simona De Moor of Belgium was euthanized. She was a healthy 85  year old who saw her death as her only reprieve from the grief of losing her daughter several months before.[i] On September 11, 2015, California lawmakers passed bill AB2x15. If signed by Governor Brown, California would join Oregon, Washington, and Vermont in legalizing physician-assisted suicide.[ii] [CLR NOTE: California Gov. Brown legalized physician-assisted suicide on October 5, 2015.] In February of last year (2014), Belgium became the first country in the world to approve legislation permitting euthanasia for children of any age, joining the Netherlands in allowing the practice.[iii]

The supporters of euthanasia and assisted suicide celebrate these headlines. In Simona De Moor’s death they see a freely-exercised choice that brought an end to intense emotional suffering. Similarly, California bill AB2x15 is a potential victory for choice and dignified death: “We are talking about giving people a choice… [t]hey want to be able to transition out of this life with their dignity.”[iv] Familiar threads of “choice” and “dignity” and “relief” run through most popular arguments favoring euthanasia and assisted suicide.

However, the push for what is called “dignified death” is not finally about quality of life and dignity and choice. For in every argument that praises self-directed death as a virtuous choice lies an implicit devaluation of human life. Put another way, the world values human life not as a gift from the Creator but according to its utility to the living. This worldview, when applied to those near death, concludes that induced death is not only a potential medical treatment but the appropriate one. Such thinking soon shifts to grading every human life – born or unborn – on its utility to humanity. Recognizing the beliefs underlying this utilitarian view of life and embracing God’s truth are key for the Christian in defending and sharing life.

I Value My Life

A journalist reporting on Simona De Moor described her state of mind before her death. “What I struggled with most, was that despite being in near perfect physical health, Simona believed she had nothing and no one in her life worth living for.”[v] Ms. De Moor had lost her daughter, and in a very real way this had shattered her world.

In another well-known assisted suicide case last year, Brittany Maynard took medication to end her life in the face of terminal brain cancer. She described her diagnosis and choice for physician-assisted suicide, seeking to avoid suffering for herself and her family as a result of the cancer.[vi] “My quality of life, as I knew it, would be gone.”[vii]

Supporters of euthanasia and assisted suicide latched onto these stories as victories for choice. In their view, these women ended their lives on their own terms with dignity. Yet dig deeper and the more subtle truth emerges: At some point these women determined that the remainder of their lives was not worth living.

And herein is a primary tenet that the culture of death is founded on: I determine the value of my own life. This belief is woven into the sinful nature of every human being and exists in every stage of life. It is most often evident in our proud accomplishments – our jobs, our possessions, our reputation, our philanthropy – but perhaps manifests most tragically in death. Ms. De Moor’s life was bound up in her daughter’s, and losing her daughter meant the value of her own life – in her eyes – diminished. For Ms. Maynard, the value of her life was directly tied to the pain she and her family would endure; when suffering became too much, her death became more useful than her life. Neither woman saw sufficient value in themselves or their loved ones in continuing a life of grief, pain and suffering. And because they could not see the value, they deemed their lives no longer worthy to live.[viii]

Californians Against Assisted Suicide has raised concerns that assisted suicide may become preferred over standard medical treatment for the terminally ill with limited means.[ix] In Belgium, Dr. Stefaan Van Gool noted the potential that children may choose euthanasia under parental pressure.[x] Such concerns over marginalizing the sick and dying are shared by many who oppose aid in dying throughout the world – and with good reason. The deadly results of this philosophy on the weak in society have been borne out time and again. The Netherlands alone has witnessed thousands of aided deaths in which protocols intended to protect the patient failed.[xi]

Yet underlying these sad results is a still more sinister reality: inherent in euthanasia and assisted suicide is the belief that I determine the value of another’s life. Supporters of aid in dying emphasize self-determination in making a decision for death. “We strongly believe that the manner and time of dying should be left to the decision of the individual.”[xii] However, to support another’s perceived right to die admits that the person’s life has diminished or no value. That is, failing to stand up for the value of life is tantamount to devaluing that life.

This belief extends outside of aid in dying to form the core of arguments favoring a woman’s right to choose abortion. “My body, my choice” is the familiar mantra. Yet this view implicitly denies that the unborn child’s life has equal value. It either fails to recognize the child as a human being or accepts that certain human beings are simply worth less. Tragically, the advancement of medicine through embryonic stem cells or the harvesting of body parts is the only value some see for the unwanted unborn today.

It is in modern eugenics that the terrible consequence of this belief is played out most clearly. Eugenics seeks to advance desired genetic qualities in the human population through a variety of methods, including euthanasia.[xiii] Modern eugenics made its mark in the United States in the late 19th and early 20th centuries. The mentally-handicapped, those suffering with mental illness, the poor, and criminals became targets of population control. Various measures were used including birth control, compulsory sterilization, marriage and immigration restrictions, and segregation.[xiv] It was in Nazi Germany, however, that eugenics and euthanasia met with tragedy, as Hitler justified genocide using the science of eugenics practiced in the United States.[xv] Such terrifying results are the logical end to utilitarian judgments on the value of human life.

In contrast to the hopeless and subjective view of human life underlying aid in dying and eugenics shines the unchanging truth of the Scriptures: God has given immeasurable value to every human life, characterized by Christ-centered communion with God. This value is evident in the perfection of creation. Adam and Eve enjoyed the high purpose of receiving God’s love and returning that love to Him and one another (Genesis 1:27-29, Revelation 21:2-4). It is evident in God’s promise of a Savior after the fall and the restoration – even now – of communion with Him (Genesis 3:15, John 14:23). It is evident in God’s written law – the fifth commandment given as a specific protection of human life (Exodus 20:13). It is evident in the care and concern God shows for the weak and marginalized throughout the Scriptures (Leviticus 19:32-34, Isaiah 1:17). And it is most clearly evident in God’s Son, whose blood affirms the infinite value every human soul has by grace (Romans 8:31-32, 1 Peter 1:18-19).

Completely absent from God’s standard for the value of human life is its perceived usefulness to oneself or society. In place of quality of life and cost-benefit considerations is the simple gospel invitation to commune with God through Christ – to receive his love and reflect it to Him and each other (2 Corinthians 5:20-21). This truth grants each moment of earthly life immense worth, from conception to its natural end. Every moment is an opportunity to come to know God in Christ and fulfill our purpose of loving God and neighbor. Even suffering becomes a beautiful opportunity to trust God and share his love as we bear each others’ burdens (Galatians 6:2). Truly, God’s high purpose for human beings in Christ – communion with him – grants sublime value to every last moment of earthly life.

One prominent supporter of AB2x15 commented, “Passing this historic bill is a monumental victory for terminally ill Californians … who just want a way to end horrific suffering in their final days.”[xvi] The hopelessness in this statement is heartbreaking. More tragic, though, is how it denies the value every human life has in God’s Son.

We see the natural end to such thinking in abortion, euthanasia, assisted suicide and eugenics. The weak, the unwanted, the unborn and the discarded remain targets of sinful man’s prideful judgments. Our Lord warned us this darkness would come (Matthew 24:12). And though we know sinful humanity will go from bad to worse, we hold tightly to a relationship reborn in Christ and the value that it gives our lives in body and soul. “Live with me,” says our God. This is our Savior’s invitation to you and to all, every moment of life.

[ii] http://www.nytimes.com/2015/09/12/us/california-legislature-approves-assisted-suicide.html?_r=0 (accessed September 20, 2015).  Montana has not legislatively approved physician-assisted suicide, but it is permitted in practice due to a court ruling.

[viii] Dr. Ryan T. Anderson, writing for The Heritage Foundation, discusses the prominent role mental illness plays in the desire for suicide in http://www.heritage.org/research/reports/2015/03/always-care-never-kill-how-physician-assisted-suicide-endangers-the-weak-corrupts-medicine-compromises-the-family-and-violates-human-dignity-and-equality (accessed September 20, 2015).  This should serve as an obvious red flag regarding the validity of one’s judgment on the value of his or her life.