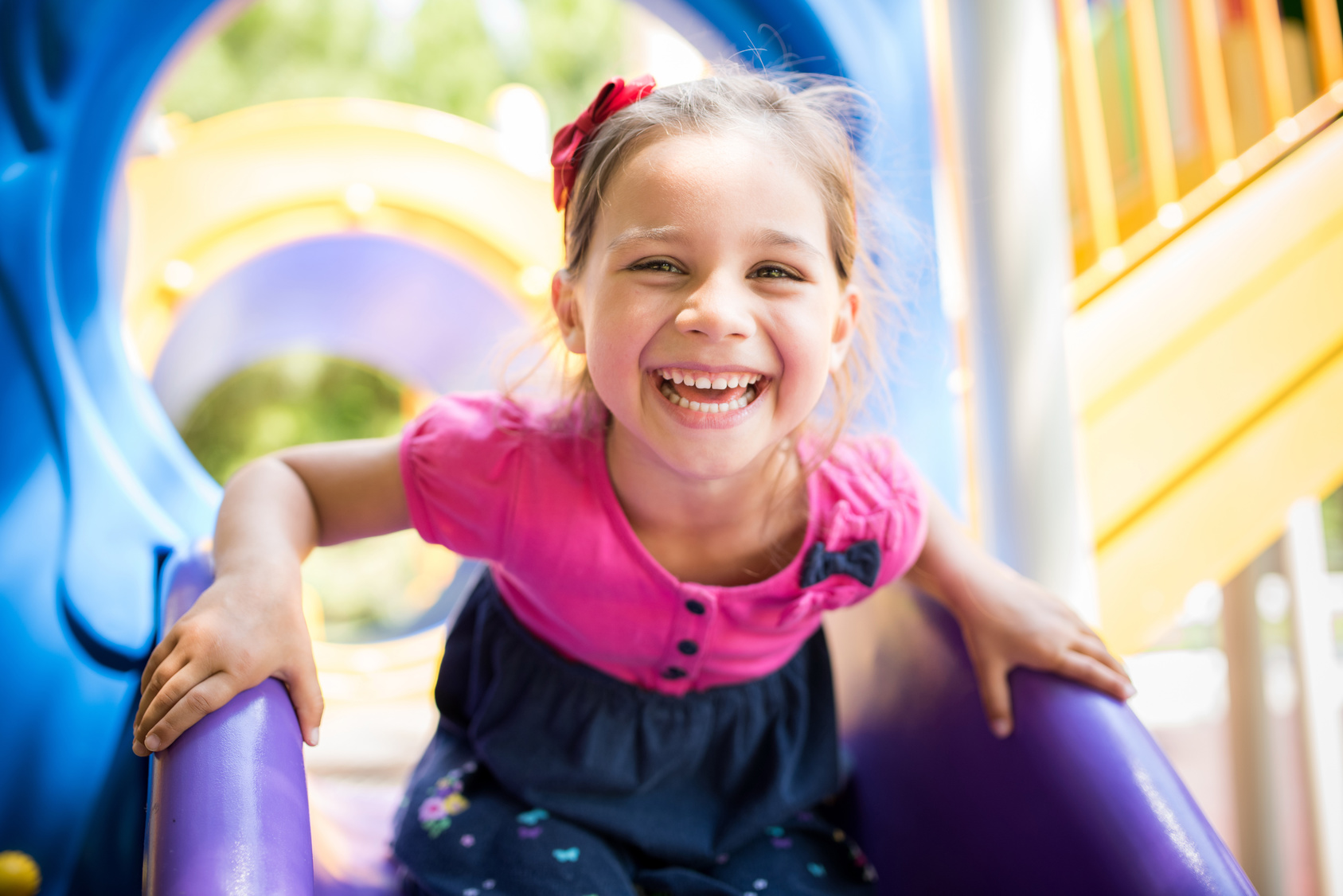 Justice Anthony Kennedy announced his retirement from the U.S. Supreme Court at the end of July 2018. Kennedy was appointed to the Court by President Ronald Reagan and began serving in February 1988. His retirement permits President Trump to appoint a second justice to the nation’s highest court.

Kennedy’s retirement plans sparked great expectations in the pro-life movement and great consternation in the pro-abortion movement. The intent of this article to consider the ramifications this judicial appointment has on the cause of protecting the lives of unborn children and especially on the Christian mission.

Kennedy searched for a middle ground in the abortion wars. He voted to uphold legal restrictions in cases involving partial-birth abortion, mandatory counseling, and parental involvement…Kennedy voted to strike down abortion regulations only twice…But in some of the same cases, he voted to preserve the right to abortion…He repeatedly reinforced that abortion was a protected liberty, and at times, he highlighted women’s interests in equal treatment and autonomy. And in 2016, Kennedy joined an opinion that bolstered abortion rights by concluding that abortion is generally safe, and requiring states to show that any restrictions helped women in fact, not theory.

Fast forward to the present: we find the political reality of a Republican President and a Republican Senate majority. President Trump has vowed to appoint pro-life justices to the U.S. Supreme Court. Presumably, with that disposition also comes a more conservative outlook on gay rights, religious freedom, and traditional marriage.

Perhaps this is all true. Presumably, the appointment of another pro-life justice would provide a majority pro-life position on the Court (along with Justices Roberts, Thomas, Alito, and Gorsuch). There are, however, some political realities to consider:

Is it really a majority? Some question whether a vote to overturn Roe v. Wade could be assured by Chief Justice John Roberts. Roberts, generally considered part of the conservative wing of the Court, upset traditional conservatives with his votes on health care reform and traditional marriage.

Neil Gorsuch has yet to participate in a high court abortion case. He has voted conservatively in the few cases he has heard (since joining the Court in April 2017). Gorsuch was raised a Roman Catholic but is listed now as a member of the Episcopal religion. According to the Pew Research Center:

While the Episcopal Church recognizes a woman’s right to terminate her pregnancy, the church condones abortion only in cases of rape or incest, cases in which a mother’s physical or mental health is at risk, or cases involving fetal abnormalities. The church forbids “abortion as a means of birth control, family planning, sex selection or any reason of mere convenience.”

In short, we will not know if the pro-life position would truly be a majority on the Court until a vote is taken. I want to believe it will be, but we will see.

A Shift from A National to State Level. Any vote to overturn the 1973 Roe v. Wade decision does not outlaw abortion. Instead, it would return the abortion question to each state and territory. A state, such as Wisconsin, which retained its laws outlawing abortion, would immediately become a pro-life state. Other states, like California (presumably), could become a state to legalize abortion. A battle, primarily focused on the national level, would shift to 50+ smaller battles on the state and territorial levels.

Some speculate that a pro-life majority on the Court will permit the justices the opportunity to outlaw abortion in the United States. Without going into extensive detail I just don’t see that remotely happening judicially. We may, however, see a renewed attempt to pass a Constitutional amendment that would protect unborn life.

Hearts that Want but Can’t. My greatest concern is, in our zeal to obliterate Roe v. Wade, we overlook that our primary battle is for the soul. A million abortions each year today to perhaps no abortions tomorrow really means a million people still want to end the life of their unborn child, but now have no legal means to do so. My point is: the problem primarily rests in the heart. That is where the Christian community comes in.

Freedom and the Christian

The Old Testament laws existed to provide civic orderliness, to guide in worship, and to define what is morally right and wrong to a people who were inclined to do wrong (Genesis 8:21). Efforts to keep the law perfectly as required (Leviticus 19:2; Matthew 5:48; 1 Peter 1:15-16) always result in the same conclusion – failure (Romans 3:23). In fact, keeping the entire law near perfectly or failing just once, means total failure (James 2:10). Perfection by definition accepts no compromises.

God’s solution was to offer his Son as the final and complete sacrifice for sin (2 Corinthians 5:21). That sacrifice absolved us of perfectly keeping the moral law to earn salvation. That is what the Apostle Paul meant when he used the word, “freedom,” when he wrote:

It is for freedom that Christ has set us free. Stand firm, then, and do not let yourselves be burdened again by a yoke of slavery. (Galatians 5:1)

We are not obligated to perform in order to earn salvation. In that regard, we fail miserably. Rather, we keep God’s will not to earn salvation but to express thankfulness for salvation earned for us (Colossians 2:6-7). Our performance is evidence of our thankfulness. Scripture reminds us that we cannot ignore God’s will just to bask in his undeserved love (Matthew 25:31-46; Romans 6:1-2; James 2:14-26).

Even in a society where abortion is legal, Christians abstain from it because it is not consistent with God’s will against taking life (Exodus 20:13; Matthew 15:16-20; Romans 13:8-10).

Christians, therefore, are free. We are free to show our love for God and are compelled to do his will (2 Corinthians 5:14-15). Even if the governing authorities demand of us to do something contrary to the will of God, we refuse (Acts 5:29).

If the Christian position on abortion was simply that we, as Christians, would not have one, we will have missed our greater responsibility. Jesus summarized the will of God in two principles:

Imagine for a moment that in a year or two abortion becomes at least severely restricted. A great thought, isn’t it? Our concern, however, continues. According to a September 2005 study by the Alan Guttmacher Institute, the two most prevalent reasons women have an abortion are “having a child would interfere with a woman’s education, work or ability to care for dependents (74%); that she could not afford a baby now (73%).”

Abortion never was a political issue, though it is used for political gain by all sides. Abortion is a moral issue, governed by the will of God. Our responsibility to protect life – born and unborn – does not end with a political or judicial victory. There are voids in a world of sin that need to be filled by people who know better.

You and I know better not because we are so smart but because we are so loved. The story of our salvation has migrated from our heads to our hearts. We know our unworthiness because of sin, and we grasp the sacrifice made for our redemption. We know all about wrong lifestyle decisions because we make them!

It would be self-righteous and selfish to let others who make bad decisions wallow in the messes they have made of their lives. God refused to do that with us. We cannot that way with others (Matthew 18:21-35). If there are voids then we who have the answers, the means, and the motivation need to step forward.

Everyone is at a different level in their spiritual life. I would like to think I make far wiser decisions consistent with the will of God as an adult than I did as a child. I need to meet people where they are at spiritually and practice great patience, love, sacrifice, and careful instruction to help them grow in the knowledge of God’s love, sacrifice, and will for their life.

Because abortion is not a political issue so also are the solutions apolitical. We may have to develop coalitions across ideological and party lines to provide for those who felt the need to kill their unborn child in order to get through life. If you are inclined against handouts, then think of how you can provide “hand-ups” to get people through an unwanted or difficult pregnancy. Think of what you can do individually, corporately as a church, a church body, an agency, and a government to help people live with a decision that is truly pro-life.

And for us Christians, we must never lose sight of what this is all about – restoring a relationship with God through Christ (Luke 9:25). In every personal contact, every hand extended to help, every sacrificial expression of love, we demonstrate a hope that strikes the world as odd and unexpected. As people observe you giving with no expectation of receiving, and sacrificing when others are walking by, don’t be surprised if they ask you why. Rejoice, for God has given you a golden opportunity to talk about true love (1 Peter 3:15).