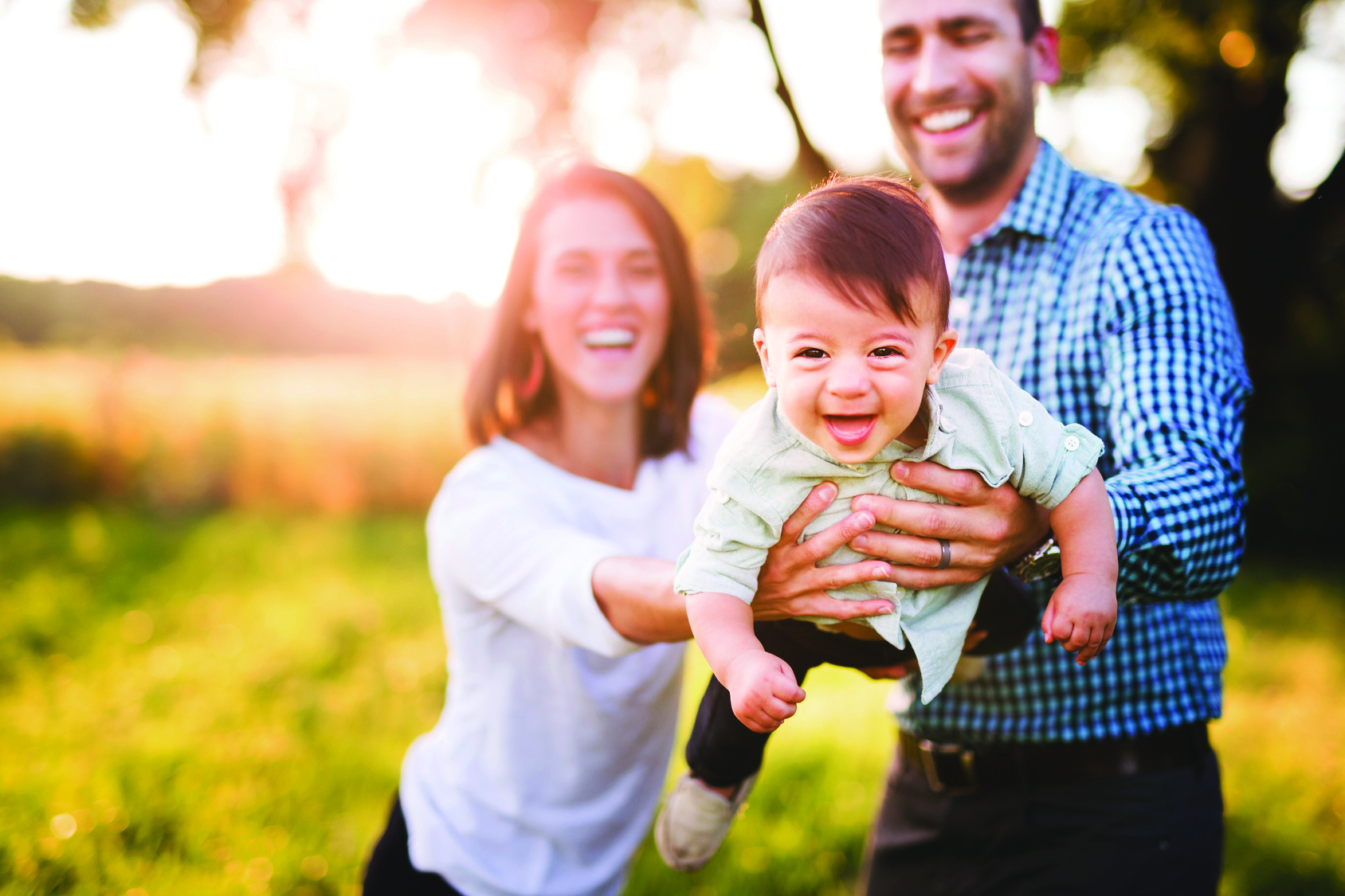 “I sure miss kindergarten.” I know you have heard or read these words from me before. The older I get the more I miss the simplicity of life that I enjoyed in kindergarten. I enjoyed how my parents protected me from the harsh realities as a child. I enjoyed the benign playtime activities of a four or five-year-old. I also enjoyed the years that erased the bad memories and preserved the good ones. It makes kindergarten desirable in contrast with what we must endure today as we wade through the cesspool of contemporary moral decline and spiritual apostasy.

Rod Dreher, a conservative writer, has proposed a unique approach to the challenges of this age with what he calls, “The Benedict Option.” It is a reference to Benedict of Nursia, a sixth-century abbot, often referred to as the founder of Western Christian monasticism. Benedict is perhaps most noteworthy for having written the Rule of Saint Benedict. This manual’s 73 chapters focus on a Christ-centered life while running a monastery or Christ-centered institution.

Dreher’s proposal is essentially a call to regroup. Using the model created by Benedict, this proposal looks for Christians to form their own communities where the values of God reign supreme. It essentially becomes a haven from the moral degradation that surrounds us.

Like my memories of kindergarten, time provides a sanitized view of the past. Not every day in my year in kindergarten was good. I got lost. My feelings got hurt. There were frustrations. But because the good outweighed the bad, the good memories linger with brightness, overshadowing the negative.

We see this all the time as we tour historic homes and villages. One of my favorite places to visit is Greenfield Village in Dearborn, Michigan. It is like stepping back in time to an era that predates us. It has charm and simplicity.

I once pitched an idea to an old-timer who had weathered a world war and decades of life in both Europe and the United States; I wanted to recreate an old village in today’s world. As I described faux gas lanterns, homes with porches, and a community space with a bandshell, I used the phrase, “the good old days.” He looked at the sketches laid before him, rubbed his chin, looked at me, and said, “The good old days were not always all that good.”

More than 20 years ago I wrote a fund appeal in which I called on our donors to help us repair the moral fabric of America. It was one of our most successful letters. The theme resonated with people who were alarmed over what was happening in society.

I did receive one response, however, asking why I thought repairing the morality of the world is our work. That letter left an indelible impression on me as I considered what our work is.

Legalized abortion has ended the lives of over 60 million unborn children in America. More states have legalized or are exploring legalizing some form of assisted suicide to help people end their own lives. This country, and others, have recognized gay rights, same-sex marriages, and gender changes. It is by Biblical standards, a torn moral fabric.

As these changes occur our society becomes more polarized. Differences have always existed, but today differences are highlighted with vehemence and anger. You see it in politics, and it is now creeping into our homes, families, and congregations.

As one considers the torn moral fabric of our society, Dreher’s Benedict Option has appeal. One cannot help but long for a respite from the fighting and anti-God sentiment we see around us. While most of us are not looking for a monastic lifestyle, a planned community governed by the rule of God rather than the perverted rule of man might give us the time to rest and regroup.

But I think not.

We Have Met the Enemy

For that occasion, cartoonist Walt Kelly used his Pogo comic strip to make his contribution to the environmental movement. In it Pogo sits on the shore of a polluted river and sighs, “We have met the enemy and it is us.”

Our laundry list of issues that justify our claim about a torn moral fabric reflects the work and attitude of the people who live in the country.

The inherent problems with The Benedict Option are two-fold:

Consider the Apostle Paul for a moment. His life was given a total restart from his persecuting days as a henchman for the Jewish leadership (Acts 7:54-60).

Paul’s ministry spread the Gospel throughout the region of Asia Minor, attracting thousands of converts. He spoke with authority and courage. Yet, Paul remained tormented – not just by those who opposed his ministry, but by his own nature. He spoke of the “thorn in the flesh” (2 Corinthians 12:7) and his difficulty in doing what is good, right, and moral (Romans 7:19).

Why is it that the person that Paul was, remain in such torment? It is because the inclination to be evil and to do evil and to be hostile to God is not in society but in the hearts of every man, woman, and child (Genesis 8:21; Romans 8:7).

Paul tells us in Scripture:

Do not conform to the pattern of this world, but be transformed by the renewing of your mind. Then you will be able to test and approve what God’s will is—his good, pleasing and perfect will. (Romans 12:2)

In English, the difference between “conform” and “transform” seems subtle. We would think the distinction is found in the suffixes of “con” and “trans,” but it is much more than that.

The Greek words are very different. The word for “conform” is “suschematizo” and the word for “transform” is “metamorphoo.” They do not even share the same root words. So how are they to be understood?

First, look at the context. Paul had just finished a review of the apostasy of the Israelites and the evangelism mandate to bring salvation to the Gentiles. He introduced chapter 12 as follows:

Therefore, I urge you, brothers and sisters, in view of God’s mercy, to offer your bodies as a living sacrifice, holy and pleasing to God—this is your true and proper worship. (Romans 12:1)

The word “therefore” is like saying, “In light of this wonderful and great reality (that salvation comes to all people, Jews and Gentiles)” we ought to respond. “In view of God’s mercy” is a reference to God’s undeserved love shown to all of us, that while we were sinful, rebellious, unattractive, and lost because of sin, God worked out our salvation.

How do we respond? Internal change.

Not by conforming to the world. Other Greek writers used that word to mean something on the order of taking pieces and remodeling them into something else. More precisely, rather than remodeling ourselves (adapting our sinful inclinations into some sort of Christian version of worldliness), we are to be “transformed.”

The word “transformed” is the root of our word, “metamorphosis.” It is not remodeling old stuff but wholly changing what was into something different and better.

What Does This Mean?

We may miss kindergarten and the good old days. We may long for some kind of option that permits us to escape the moral declines of our society. But because we have found the enemy and it is us, the change that must occur is not “out there” but “in here.”

In our pursuits to protect the preborn, the newborn, the disabled, and the aging we must understand laws, referendums, and politicians will never accomplish our goals. Yes, we want a pro-life and a moral nation but Christians, when fully and rightly engaged, are focused on what is inside. We can try to “conform” the world by adapting our Christian values to a world opposed to God, but it always fails. This world will never last.

Because of our “transformation” we see everything differently. We long for what does not perish (John 6:27). Our ministry is to take the challenges of life, the hunger of those needing to be fed, the imprisonment of those needing to be visited, the pregnancy of those wishing to terminate it, or the illness that plagues the sick or dying, and talk about the life that never ends in Christ.

Changing the world is merely remodeling with old, corrupt, and perishable resources. What must occur is an internal transformation, in us and in all people. When that happens, it changes everything else. When Christians understand the salvation of Christ they find it much easier to think more of others (Philippians 2), to turn the other cheek (Matthew 5:39), and to sacrifice for the well-being of others. Moral bankruptcy ends ultimately when God rules the heart. We have the tools and the marching orders. Let’s stay focused and get to work!