‘With Friends Like These’ – A Look at Comforting Others in Crisis 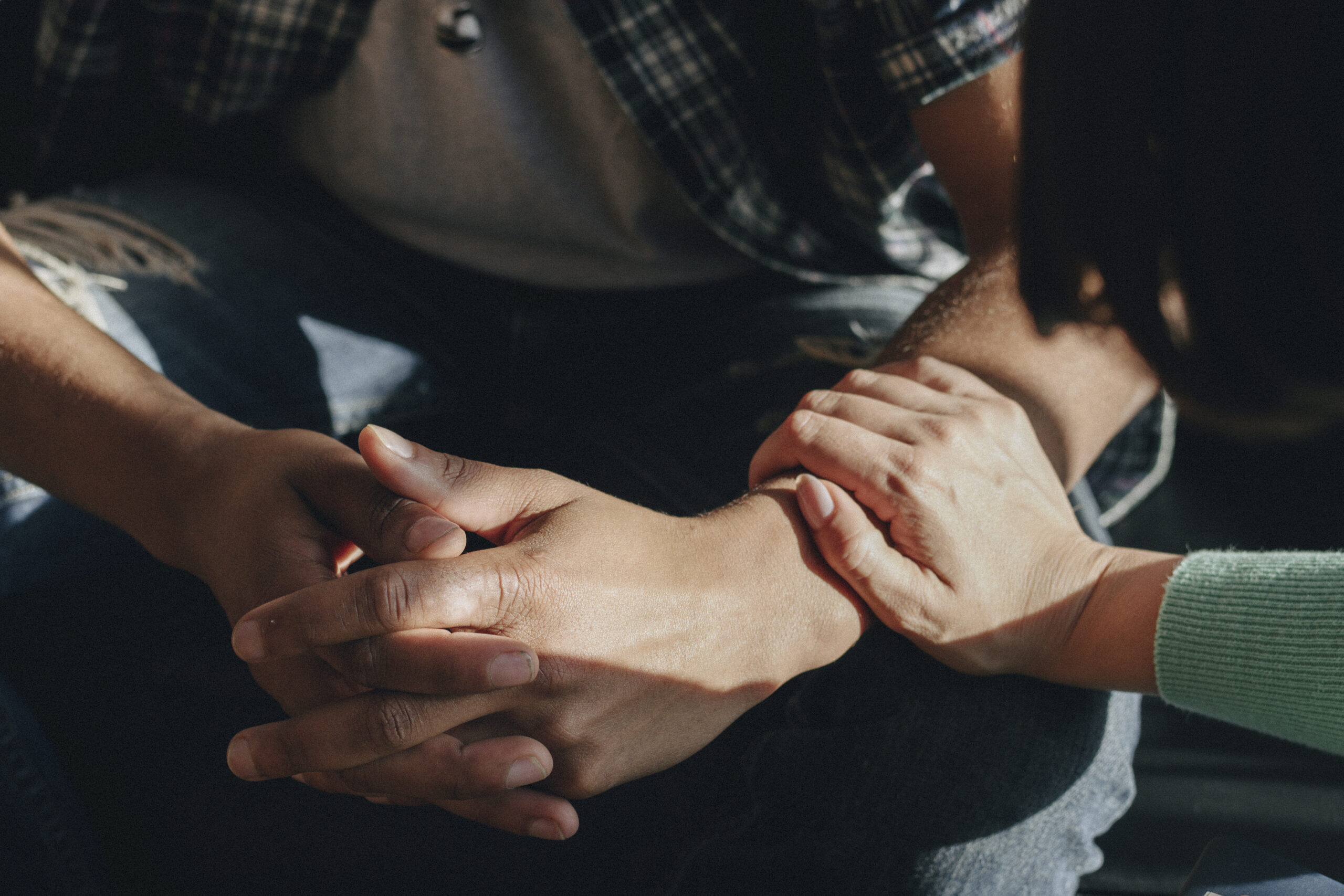 When you are called upon to touch someone’s life with comfort, share the genuine comfort of the cross.

“When Job’s three friends, Eliphaz the Temanite, Bildad the Shuhite, and Zophar the Naamathite, heard about all the troubles that had come upon him, they set out from their homes and met together by agreement to go and sympathize with him and comfort him. Then they sat on the ground with him for seven days and seven nights. No one said a word to him, because they saw how great his suffering was.” (Job 2:11,13)

What should you say to someone who is hurting? When comfort or encouragement is called for, do you find yourself at a loss for words?

Often in the face of illness or tragedy, friends fall flat because they don’t know what to say. Watch people interact in the hospital. Well-intentioned friends and relatives drop in, perhaps bearing a card or flowers. They share pleasantries — maybe about the weather or the patient’s condition. Then, almost invariably, the conversation dies. The well-meaning visitor fumbles around for further small talk. Finally, after an uncomfortable pause, the visitor decides that he or she “had better get going” and tells the patient to “hang in there.” Sadly, no real encouragement has been shared, no meaningful comfort has been given.

Job’s three friends, Eliphaz, Bildad, and Zophar, fancied themselves qualified both to comfort and counsel Job. In reality, they were equipped to do neither. When they arrived, they said nothing for seven days and nights. It wasn’t just that they wanted to suffer with Job in silence; they had nothing to say.

That became obvious when they finally spoke to comfort Job. Then it would have been better if they had continued to say nothing because they gave such bad counsel it only made the situation worse.

What We Should Say

Job’s comforters had nothing to share because they were confused and spiritually empty. Their mixed-up understanding of God led them to believe that Job’s misfortune was the result of some sin Job and his family had committed. In their thinking, Job needed only to repent of his hidden sins, and God would reward him by restoring his health and prosperity.

Their flawed premise becomes apparent when we hear the “comfort” Bildad offered: “Does God pervert justice? Does the Almighty pervert what is right? When your children sinned against him, he gave them over to the penalty of their sin. 5 But if you will seek God earnestly and plead with the Almighty, if you are pure and upright, even now he will rouse himself on your behalf and restore you to your prosperous state” (Job 8:3-6).

If a person doesn’t know what to say to the sorrowing, it’s best to say nothing at all. Better to say nothing than to give bad advice. In the face of tragedy, fluffy chitchat and empty platitudes don’t cut it.

But Since When Do We Christians Have Nothing To Say?

When you are called upon to touch someone’s life with comfort, share the genuine comfort of the cross. Be a messenger of the full counsel of God, and encourage the hurting with the good news of peace and forgiveness in Jesus. Remind the Christian sufferer that in all our tribulations we are more than conquerors through God who loved us, that nothing can separate us from the love of God in Christ Jesus. After all, what are Christian friends for?