I Will Never Forget You: Finding Hope and Healing Following Miscarriage or Stillbirth 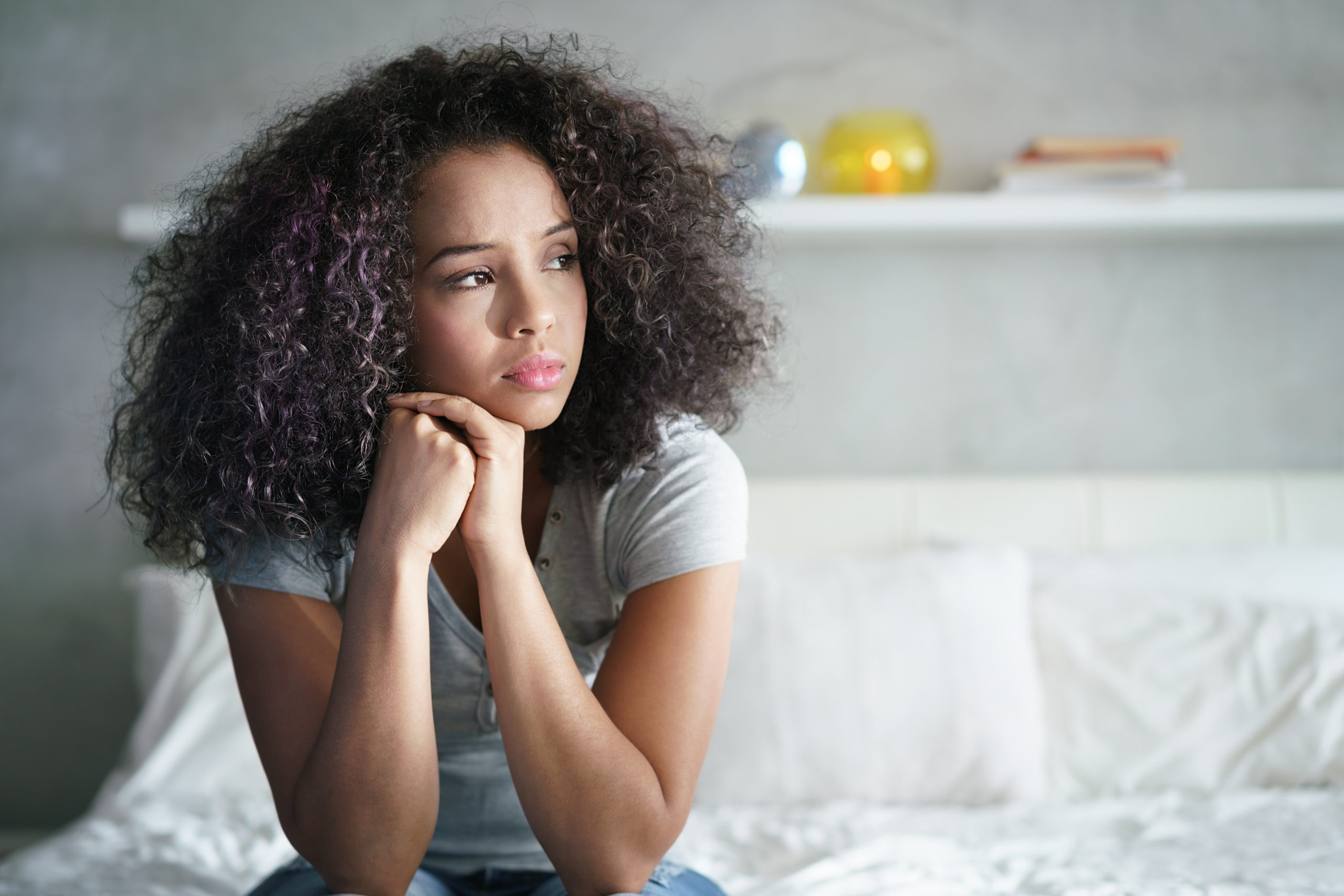 I will never forget you, my precious child. Just weeks ago, you were living inside me. I was more than a mere woman; I had tasted the sweet joy of motherhood. I had held the miracle of life in my womb. While no one even knew you at all . . . God knew you. My baby, while I know I will never forget you, I rest assured that God will not either!

A miscarriage is never forgotten. Ask the women (and men!) who have been there. Ask them about the pain in their hearts and the void in their lives that can resurface years down the road. They will tell you about a journey of hope that can only be accomplished by the healing hand of the Creator Himself.

Many women claim that it is beneficial to talk to others who have struggled with miscarriage or stillbirth. It helps to hear their testimonies of faith and healing. Following are some stories of those who have been there . . .

Sarah’s* Story – Opening Up to Grief

Sarah hadn’t been in that room for months. She had kept the door closed as if closing off herself from the pain. Finally one day she gently pushed open the door and tiptoed into the room – his room, the nursery. She actually tiptoed as if there might be a sleeping child in there. The crib, however, was still empty. The tiny clothes were still folded and unworn. The new picture frames sat empty. She collapsed into the rocker and cried. It wasn’t supposed to be like this.

Sarah recalls this time in her life, the months following her miscarriage, as the darkest days she can remember. She felt angry and alone. Later she admitted that these feelings were compounded because she never gave herself the chance to freely grieve the loss of her child. Making herself actually enter the nursery was a way of making herself face the reality of her loss.

“I was angry because it wasn’t supposed turn out like this,” Sarah said, “but then someone pointed out to me that no one ever knows how things are supposed to be. There are no guarantees, no certainties. No one but our all-knowing God has any grasp of how things are meant to work out for us. We can rest in the comfort that His divine ways are always best, even though our sin-veiled eyes fail to see.”

And we know that in all things God works for the good of those who love Him, who have been called according to His purpose. (Romans 8:28 NIV)

Some women may find it helpful to move on quickly, and try for pregnancy again as soon as possible after a miscarriage. Julie is now the mother of two, after a long, emotional journey. She lost her first pregnancy to miscarriage in her third month. “The way I worked through my immense grief was to try to get pregnant right away. I remember feeling so angry because I was completely out of control of my life. I had to somehow fill this cruel void. I wanted something tangible to get me through from day to day.”
Julie conceived again just a month after the first baby was miscarried, resulting in a healthy, full-term baby. Following this birth, however, she went on to suffer three consecutive losses in the following year, leaving her emotionally distraught and physically scarred. She was able to find out that the cause of her miscarriages was low progesterone during the early days of pregnancy. She was able to get treatment and went on to carry another healthy baby to term.

“Finding medical answers to my losses definitely helped me to find hope. I learned, however, that true healing comes from God alone. I turned to Him in my anger and frustration, and He helped me find peace.”

Feelings of anger following a loss are a normal response. Anger surfaces because our human nature tries so hard to take control of our lives. God has ways of showing us that He alone is in control, and sometimes we need to step back and let him show us.

You will keep in perfect peace him whose mind is steadfast, because he trusts in you. (Isaiah 26:3 NIV)

Anne tells her story of a devastating stillbirth that happened nearly 40 years ago!
Her son Steven died within the womb, and Anne spent two long weeks carrying his lifeless body waiting for labor to begin. The doctor decided that it was best if she didn’t see, touch, or hold her son when he was born. The doctor wanted her to imagine that her son was somehow pink and healthy-looking.

“So, in a sense for me there was no hello and goodbye. I carry in my heart the description of his tiny casket that my husband described to me. He said it was the size of a shoebox. Because I was still in the hospital, my husband drove alone to where we had bought a cemetery plot for Steven, and with the rest of my family, laid his tiny body to rest.”

It wasn’t until 20 years later that Anne felt as though she actually “saw” her Steven for the first time. She was watching a video of a baby being delivered who had died within the womb. She imagined that the tiny discolored body was really what her son would have looked like. It was an emotional trigger that made her realize just how deep the scar of losing her child was.

“Most people will encourage us to move on in life. But I tell them that the child doesn’t remain a baby in our thoughts. One year later we will see other one-year-olds and say to ourselves, “My child would be one now” . . . and later when that 16th birthday comes along, we will think, “My son would have been sixteen today.”

Today Anne counsels women who are dealing with crisis pregnancies. She helps them understand the miracle of life within the womb. She comforts them and encourages them to know that God has a plan for every life He creates – as well as every life that He takes.

“For I know the plans I have for you,” declares the Lord, “plans to prosper you and not to harm you, plans to give you hope and a future.” (Jeremiah 29:11 NIV)

She had shared with him the roller coaster of emotions dealing with infertility. He calmed her hormone-induced anxiety. He held her hand each time they stood by the bathroom counter waiting to see if two tiny lines would appear on the home pregnancy test. He also shared in the tears of seeing the miracle of a heartbeat on ultrasound – finally! – for the very first time. Her joy was his joy. Her sorrow was his sorrow.
When the miscarriage happened just a couple weeks later, neither John nor Sue* knew how to handle what came next. Grieving was different for each of them.

“My wife suddenly closed off to me. She didn’t allow me to share these tears with her. Looking back now, I suppose that &ndsh; just how she dealt with her immense sorrow over the loss of our baby that we had waited so long for. But I was alone and grieving, too. No one asked how I was feeling, instead I only heard: “John, I am so sorry. How is Sue doing?”

Men do hurt, too. Their grief is often shadowed behind feelings of helplessness. They are expected to be the strong ones. Underneath their pain, they harbor the grief of never truly knowing their baby in the same way, since their bodies did not experience the miracle of carrying the unborn child.

Sue and John had to grieve in their own ways. They also learned that they needed to focus on each other ’s needs and strengthen their marriage, with God’s help, to make it through this time of sorrow together.

Praise be to God . . . the Father of compassion and the God of all comfort, who comforts us in all our troubles, so that we can comfort those in any trouble with the comfort we ourselves had received. (2 Corinthians 1:3-4 NIV)

The afternoon was beautiful and balmy as Rebecca and her husband drove to the hospital for a routine ultrasound. They were discussing baby names and nursery themes. Rebecca’s pregnancy was going along fine for the first two months. They weren’t prepared for what the ultrasound technician would tell them . . . There was no heartbeat. Their baby had died.
“I couldn’t believe what the technician was saying to us,” Rebecca said. “My body gave me no warning; no bleeding or cramping. I didn’t know how this could be happening.”

“I can honestly say that I don’t think I will ever be over my miscarriage. I will never forget this child. Yet, when it first happened it was difficult to imagine that I would ever be in such a place of peace as I am now. With time and lots of prayer, I imagined myself physically handing this burden over to God.”

Rebecca allowed herself time to grieve and to feel whatever she needed to feel. She took time to read through the pregnancy journal she kept and went through the cards that friends and family had sent. The tears were a cleansing. God gave her strength through it all.

“Friends gave me cards and gifts, including a lapel pin with tiny feet that were the same size as my baby’s were. The most precious gift I received, however, was a picture of Jesus, the Shepherd, holding a lamb tenderly in His arms. It makes me realize that I am forever held within the safe shelter of my Savior. These are the same hands that are in control of all life, born and unborn. I rest assured that my child is actually in no better hands than that of our Lord!”

Can a mother forget the baby at her breast and have no compassion on the child she has borne? Though she may forget, I will not forget you! See, I have engraved you on the palms of my hands. (Isaiah 49:15-16 NIV)

* Names have been changed