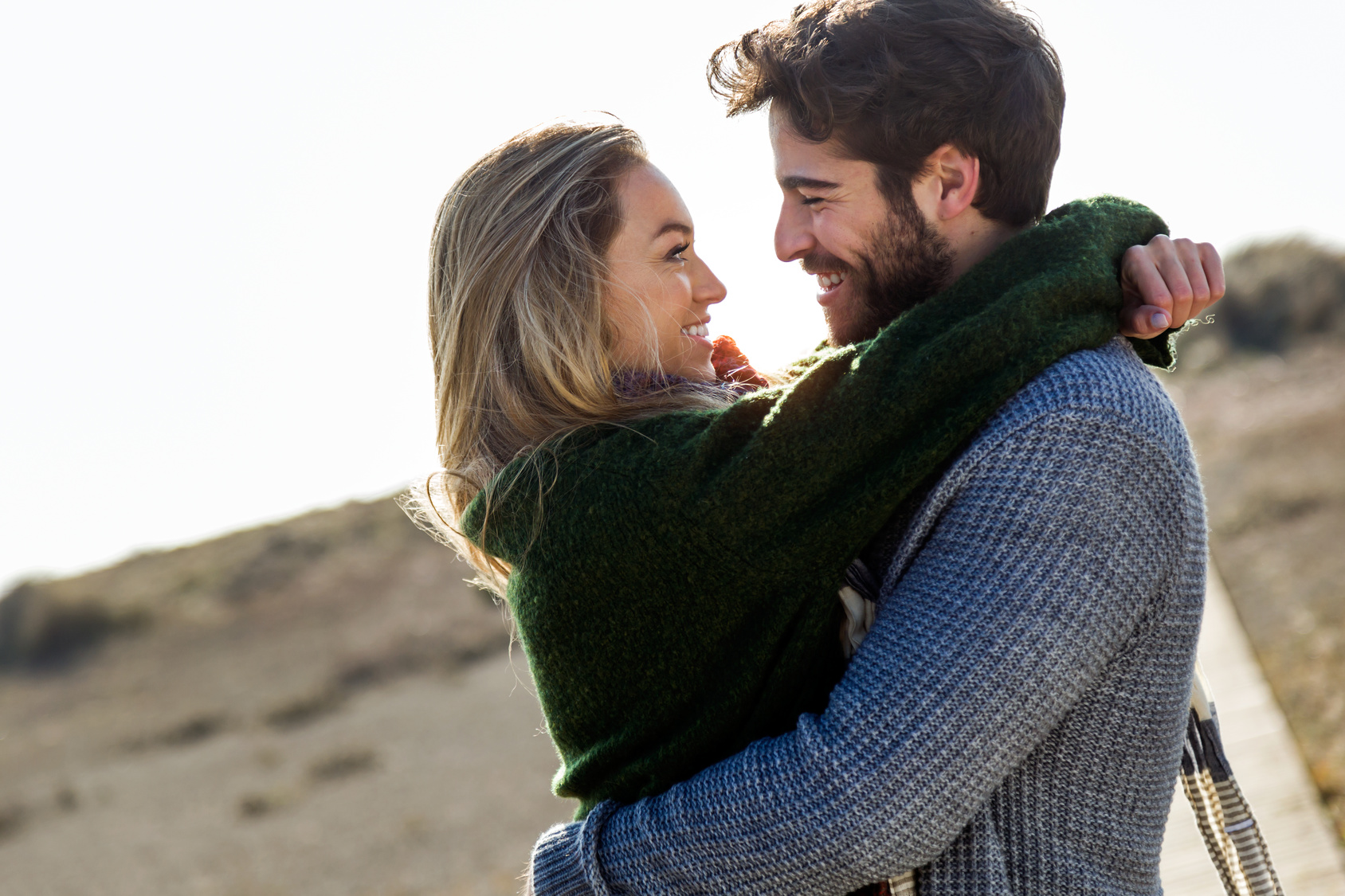 This is an overview of the information in The Christian and Birth Control book, published by Christian Life Resources. To purchase the book, click on the link at the bottom of this page.

The “ends-justify-the-means” mentality permeates the world and Christians are not immune. In this book, we seek to make you aware of that mentality and to make God-pleasing options.

Thus far, it has been easy to look at forms of birth control which abort or kill unborn children and categorically reject them as a violation of God’s command against killing. They can be rejected without getting into the more difficult and more important discussions of motive. This chapter, however, presents a greater challenge. It is a method of birth control which does not kill unborn children. Rather, it is a question of effectiveness and ease. For Christians, we must begin with motive. Before getting into the details of these methods, which are all acceptable as methods in the light of Scripture, we must remind ourselves why we use or do not use birth control. The reasoning is that even if the method is permitted in the light of Scripture, if the motive is wrong, it is all wrong. In other words, if the total effort in the use of birth control is not consistent with the Word of God, it is totally wrong.

Consider Scripture. Concerning actions that are not consistent with words, Jesus said, “This people honors me with their lips, but their heart is far from me” (Matthew 15:8). The writer to the Hebrews reminds us that faith (trust, allegiance, and confidence in God) is the determining factor of what pleases God: “And without faith it is impossible to please him [God]” (Hebrews 11:6a).

If you have been selectively reading chapters from this book, I urge you to read the first chapter on motive. Continually evaluate your attitude towards children, your confidence in God, and the appropriateness of your action in the light of God’s Word.

The Apostle Paul reminds us that our lives are a continual struggle to live the perfection earned for us in Christ. Paul said, “Not that I have already obtained this or am already perfect, but I press on to make it my own, because Christ Jesus has made me his own” (Philippians 3:12).

In life it is important that Christians always remain mindful that the road to perfect living is full of many imperfect steps and failures. As a professor once reminded me, “Our sincerest of thoughts are tainted by our own sinful flesh.” Our decisions to have children or not to have children can very likely be tainted with selfishness, pride, and many other negative notions.

I place this strong emphasis on motive in this chapter because the methods of natural family planning and sterilization are clearly not methods which take the lives of unborn children. Other variables come into play as to whether or which of these options a married couple will use. But most importantly, motive is the ultimate determinant as to its acceptableness to God.

I want to condense the genre of natural methods in preventing conception to a discussion of three practices: withdrawal, rhythm, and natural family planning (NFP). The withdrawal method is the practice of intercourse in which, just prior to ejaculation, the man withdraws so that his semen does not ejaculate into the vaginal cavity of the woman. This is called “coitus interruptus.”

Some have condemned withdrawal by labeling it “the sin of Onan” (Genesis 38:8-10). The sin of Onan was not his method to prevent conception but rather his motive. In Jewish practice he was obligated to help his late brother’s wife conceive. Instead, he sought the pleasure of intercourse without the responsibility he was assigned. In other words, Onan sinned because his intent was to mislead and deny his responsibility.

Withdrawal as a birth control method is an option with some failure risks. Those risks include failure to withdraw in time and the presence of semen in the pre-ejaculatory fluid. If used perfectly, withdrawal has a failure rate of about 4%. Typically, because it is not used perfectly by everyone, that failure rate rises to around 22%, according to 2013 data from the FDA.

The “calendar method” is one of the most elementary yet scientific attempts involving contraception. It tracks a woman’s menstrual cycle to ascertain the times of fertility. Other terms include “periodic abstinence,” and “fertility awareness.” Fertility awareness is used as a broad term that tracks a woman’s basal body temperature and cervical mucus, as well as her cycle length. The typical use success rate for fertility awareness-based methods stands at 76% for typical use, according to 2013 data from the FDA, while the calendar method is 91% effective for typical use. A development in calendar-based methods, called the Standard Days Method, is promoted in conjunction with CycleBeads mobile app, which is used keep track of the woman’s fertile and non-fertile days. The FDA states the Standard Days Method is effective 88% for typical use and 95% for perfect use.

The average menstrual cycle is about 28 days in length. The first five days are a time of menstruation. The next six days are an infertile time followed by 5-7 days of fertility. That is then followed by infertile days until menstruating begins again. True to the calendar method, couples identify that fertile time during which they abstain from intercourse if their goal is contraception.

As you might guess, there are variations of the calendar method which involve combining other contraceptive practices. Some couples who wish to continue intercourse during the fertile time practice withdrawal or use barrier methods of some sort. Obviously the most effective practice during fertile times is abstinence.

Natural Family Planning (NFP) is a more sophisticated approach to natural contraception. While NFP implies a wide field of natural means for contraception, perhaps the most popular is the Sympto-Thermal method (STM).

These and related indicators are charted by the woman and her husband. In doing so, fairly accurate cycles become apparent suggesting times of fertility and infertility. The sympto-thermal method is found to be 95.6% effective for perfect use, according to 2013 FDA data. Practically speaking, however, because people become less disciplined in tracking these indicators, the failure rate can rise as high as 20%.

In August 2018, the U.S. Food and Drug Administration approved a birth control app as a form of contraception. The Swedish app, Natural Cycles, uses a calculation analyzing body temperature to determine when a woman is most fertile. After measuring the woman’s temperature each morning, she enters it into the app. It then gives a red or a green day depending on whether to use protection or abstain from relations. According to the FDA, the app has a perfect use failure rate of 1.8% in clinical studies that involved more than 15,500 women, or a typical use failure rate of 6.5%.

The final category to consider is sterilization. Specifically we will look at vasectomies and tubal ligations.

A vasectomy is a surgical procedure performed on the husband. Generally, outpatient surgery is performed in which the “vas deferens” (the tube which carries the sperm to the prostate gland where it is mixed with other fluids that make up the semen) is severed. In its 2013 data, the FDA determined the typical use success rate of male sterilization (vasectomy) at 85%; the perfect use success rate stands at 99%. About 500,000 vasectomies are performed in the United States each year.

While it sounds glowing in its potential to prevent conception there are some caveats that should be mentioned. For the most part, this is a permanent procedure. Men widowed unexpectedly or who have lost children by death may wish to father more children. They will find reversal of a vasectomy difficult, perhaps expensive and rarely possible.

There have also been conflicting reports of health complications associated with vasectomies. Some studies suggest that there may be an increase in prostate cancer and cardiovascular disease for men who have had vasectomies. Yet, other studies reveal that in 40 years of performing vasectomies the differences are negligible if any.

A tubal ligation is a procedure in which a woman’s fallopian tubes are severed and tied or clipped. This prevents the possibility of egg and sperm meeting via the fallopian tube. There are a variety of ways that tubal ligations are performed. Generally it is a 30-minute outpatient procedure that requires between 2-30 days of recuperation depending on the type of procedure used.

As with any surgery there are complications which are often associated with general anesthesia. There have been reports of heavier menstrual cycles, higher incidences of pre-menstrual syndrome and irregular menstrual cycles. However, reports suggest that these complications are not a significant deterrent for most women to refrain from having the procedure done.

In its 2013 data, the FDA determined the typical and perfect use success rate of female sterilization by tubal ligation at 95%.

In November 2002, “Essure,” a permanent, non-surgical sterilization procedure for women was approved for use in the United States.

On June 24, 2015, the FDA on its government website informed the public about the increased risks associated with Essure. This came on the heals of a public petition that raised serious concerns about the product and resulted in the launch of an FDA investigation. Thousands of adverse events were reported to the FDA following use of the device, including persistent pain and perforation of the uterus and fallopian tubes. Then on September 24, 2015, the FDA convened a public advisory committee meeting to discuss the safety and other health concerns about Essure that were not reflected in the labeling.

The manufacturer of Essure, Bayer Pharmaceutical, in July 2018, announced its decision to halt sales of the device in the United States at the end of the year.

Some opponents of sterilization have called it “bodily mutilation.” It is an inflammatory argument that fails to hold weight when one considers other operational procedures that are performed on the body to repair genital defects, repair or remove damaged internal organs and so forth.

Like other acceptable forms of birth control a Christian couple will first examine his and her motive and then balance the benefits and challenges of each option.

When I am personally asked to advise on what a Christian couple should do, I generally advocate some combination of the calendar method or NFP and barrier use. While I am aware of the potential problems with sterilization I know of no cases personally in which there have been problems. Depending on the circumstances, sterilization may be an acceptable course of action as well.

To purchase The Christian and Birth Control from CLR’s online store, click here.