A Primer on Stem Cell Research 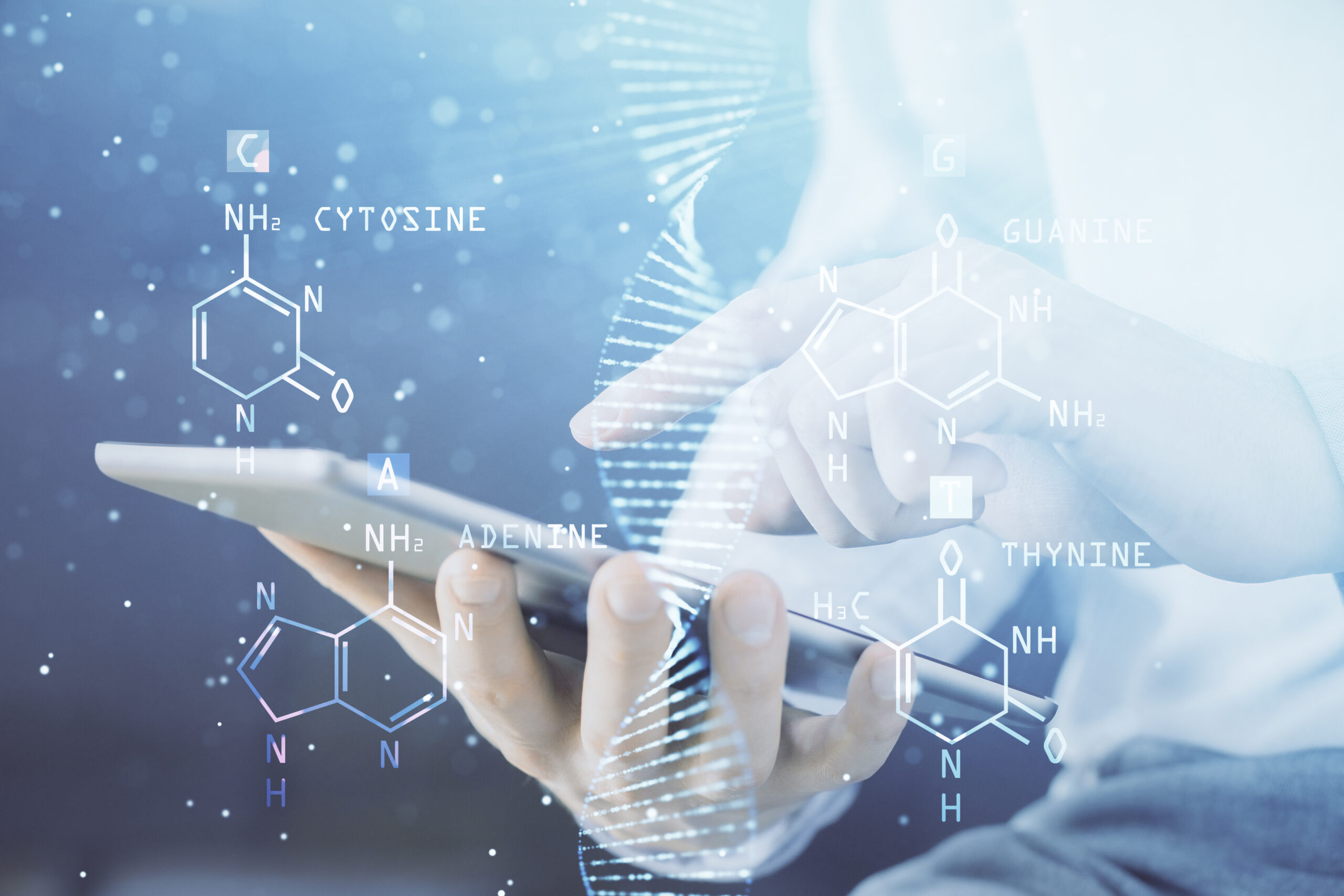 Stem cells are considered foundational building blocks for human beings. There are essentially four kinds of stem cells that scientists consider to hold the potential to ease human suffering: embryonic, induced pluripotent, umbilical cord, and adult stem cells. The embryonic stem cell research causes the most concern for Christians because the harvesting process usually results in the death of a human at the embryonic stage. The other types of stem cell research do not take lives or endanger any lives.

Studies recently indicate there is significant potential for adult stem cells and umbilical cord stem cells to be adapted to treat various maladies ranging from blood disorders to brain damage. Needless to say, a lot of work has to be done before progress can be quantified.

Despite the media hoopla, embryonic stem cell research has yielded little more than a potential for help. Interest is rooted in the logical opinion that reaching cells at their embryonic stage, before they form into particular organs and body parts, holds out the greatest hope for adaptation to fit different needs.

Induced pluripotent stem (iPS) cells are the newest discovery in this exciting field. Researchers start with adult cells — often skin cells — and use retroviruses to turn the adult cells into pluripotent stem cells. These iPS cells are similar to embryonic stem cells so they have great potential, but they are harvested without destroying human lives.

In early August 2001, President Bush issued an executive order that refused federal money for extracting embryonic stem cells but allowed federal money for continued research on existing stem cell lines (which are supposed to be able to be replicated for years). Needless to say the decision frustrated advocates of embryonic stem cell research who do not recognize that life begins at conception. They argue that these embryos were in vitro fertilization (IVF) “leftovers” destined to be otherwise destroyed. For them, it seems illogical that they not be sacrificed for the higher good of potentially helping others.

On May 24, 2005, the U.S. House of Representatives approved a bill to expand federal funding for embryonic stem cell research, defying a veto threat from President Bush.

House members also voted in favor of legislation to promote the use of adult stem cells. The bill provides funding to use stem cells from umbilical cord blood.

In December 2005, President George Bush signed the “Stem Cell Therapeutic and Research Act of 2005.” This legislation created a new federal program to collect and store cord blood and expanded the current bone marrow registry program to also include cord blood.

In November 2007, scientists at the University of Wisconsin-Madison and another team in Japan reported a major breakthrough that could end the controversy involving embryonic stem cell research. A research report released Nov. 20 indicated that a new method had successfully reprogrammed human skin cells to act like embryonic stem cells without killing human life.

In March 2017, Japanese researchers conducted the world’s first human trial based on iPS cells to treat a form of macular degeneration, an age-related blindness.

Following is a summary of the four main types of stem cells:

This term refers to research done using stem cells from embryos that are roughly one week old. Many of them come from fertility clinics where the IVF procedure created more embryos than were wanted or needed. In some cases, research companies will create embryos in other ways such as joining eggs and sperm to grow fresh embryos or through cloning efforts.

In order to harvest the stem cells, the embryo is often destroyed. For that reason, pro-lifers are opposed to embryonic stem cell research.

The reason that scientists lobby so hard for embryonic stem cell research is that those stem cells are the most “plastic” of all stem cells. This means they can presumably be manipulated to become virtually any type of cell such as brain, nerve, bone, or organ.

Psalm 51:5 – Surely I have been a sinner from birth, sinful from the time my mother conceived me.

Life is present at conception. As Christians, we realize that embryos are human life regardless of the perceived state or quality of that life.

Exodus 20:13 – You shall not murder. God does not give man permission to murder other people. Since these embryos are living human beings, they are already under God’s command to protect them.

Colossians 2:8 – See to it that no one takes you captive through hollow and deceptive philosophy, which depends on human tradition and the basic principles of this world rather than on Christ.

There is a strong argument made in the press that embryonic stem cell research provides the best potential cures for diseases such as Alzheimer’s, Parkinson’s, diabetes, and others. Although these human arguments sound convincing, their philosophy is deceptive and contrary to God’s commands regarding life.

To obtain iPS cells, a researcher starts with adult cells. Skin cells are usually taken because they are easy to harvest. These adult cells are then mixed with retroviruses that cause the adult cells to revert back to being stem cells. Since the process requires the cells to be manipulated, or induced, to reach the stem cell state, they are referred to as induced stem cells. With their capability of differentiating to all other cell types, they are considered pluripotent.

The specific work with iPS cells is so new that few people know the full impact that these cells can have. We do know, however, that the harvesting process does not hurt or kill anyone, and there are potential benefits that could be discovered in the future with these stem cells. At this point, iPS cell research could be an ethically acceptable option that should be pursued.

Romans 13:9,10 – Love your neighbor as yourself. Love does no harm to its neighbor. Therefore love is the fulfillment of the law.

This field of study is ethically acceptable at this point because no human lives are lost in the harvesting process. Whether they prove to be effective at treating human conditions is still unknown. This Biblical principle demands that we help our fellow man and that we avoid anything that will cause harm. As the research continues, we will be able to determine if iPS cells are capable of helping human patients or whether they actually cause more harm than good.

1 Corinthians 10:31 – So whether you eat or drink or whatever you do, do it all for the glory of God. is the fulfillment of the law.

We do not know the results of continued experimentation with iPS cells, but we must always maintain a commitment to serving and glorifying God above everything else. If these cells are able to produce cures for human diseases then we must give God the glory.

This term refers to many stem cells that exist throughout the human body. They have been found in various organs, tissues, fat, and even skin. Through research, scientists have found success in taking some adult stem cells and differentiating them into other types of cells. The most positive results have occurred when using a patient’s own stem cells.

This field of research is still relatively new, but many positive results have already been documented. Over 70 human conditions or illnesses have been treated successfully with adult stem cells. Additionally, since patients use their own stem cells, there are no rejection concerns and no formation of cancerous tumors. Although adult stem cells have not received considerable coverage in the media, the results are very positive, and continued research within this ethically acceptable field should continue.

The pro-life community supports adult stem cell research because no human lives are destroyed through the harvesting process.

Although adult stem cells are presumably not as “plastic” as embryonic stem cells, there have been amazing successes in research with both animals and humans. Here are just a few examples:

It is clear God demands that human life is protected. This passage not only protects human life but also sets the punishment for those who do not obey.

Since harvesting adult stem cells does not destroy human life, we uphold the will of God to protect human life.

Motivation for a Christian comes out of love for God. Our actions will then reflect that love. As Christ stated, our love will also be reflected in the way we treat others. Since adult stem cell research does not hurt our neighbor but can help him, it is acceptable research to support or pursue.

1 Corinthians 6:19-20 – Do you not know that your body is a temple of the Holy Spirit, who is in you, whom you have received from God? You are not your own; you were bought at a price. Therefore honor God with your body.

There are times when an act is not forbidden by Scripture, but a wrong motivation will make that act sinful. Although adult stem cell research is not Scripturally forbidden, it still must be done in accordance with passages, such as this one, which addresses godly motivation.

When applying these passages, and others, it becomes clear that we have the right to use the technologies that are available to us for the purpose of preserving and protecting human life. We also have the responsibility to use those advancements to the glory of God.

This term refers to the stem cells found in the umbilical cords of newly-born babies. A benefit of this source is that the umbilical cords are non-controversial sources for harvesting those stem cells. Although cord blood contains only one-tenth as many stem cells as bone marrow donations, there are still vital cells that can and have been, used to help patients suffering from leukemia and other blood disorders.

Pro-life organizations continue to work hard to promote this source of stem cells since there are no human lives destroyed before harvesting them. Even though the number of stem cells is rather low in umbilical cords, there is great potential.

Two types of storage methods are available to preserve a newborn’s cord blood: private banking and public donation. Unfortunately, both methods involve a combination of the high cost of processing and storing donated blood, and a general lack of awareness about cord blood donation among parents-to-be.

As more umbilical cords are saved and more stem cells become available for research, further steps could be taken toward finding cures for other diseases as well.