For It or Against It? – A Look at Embryonic Stem Cell Research 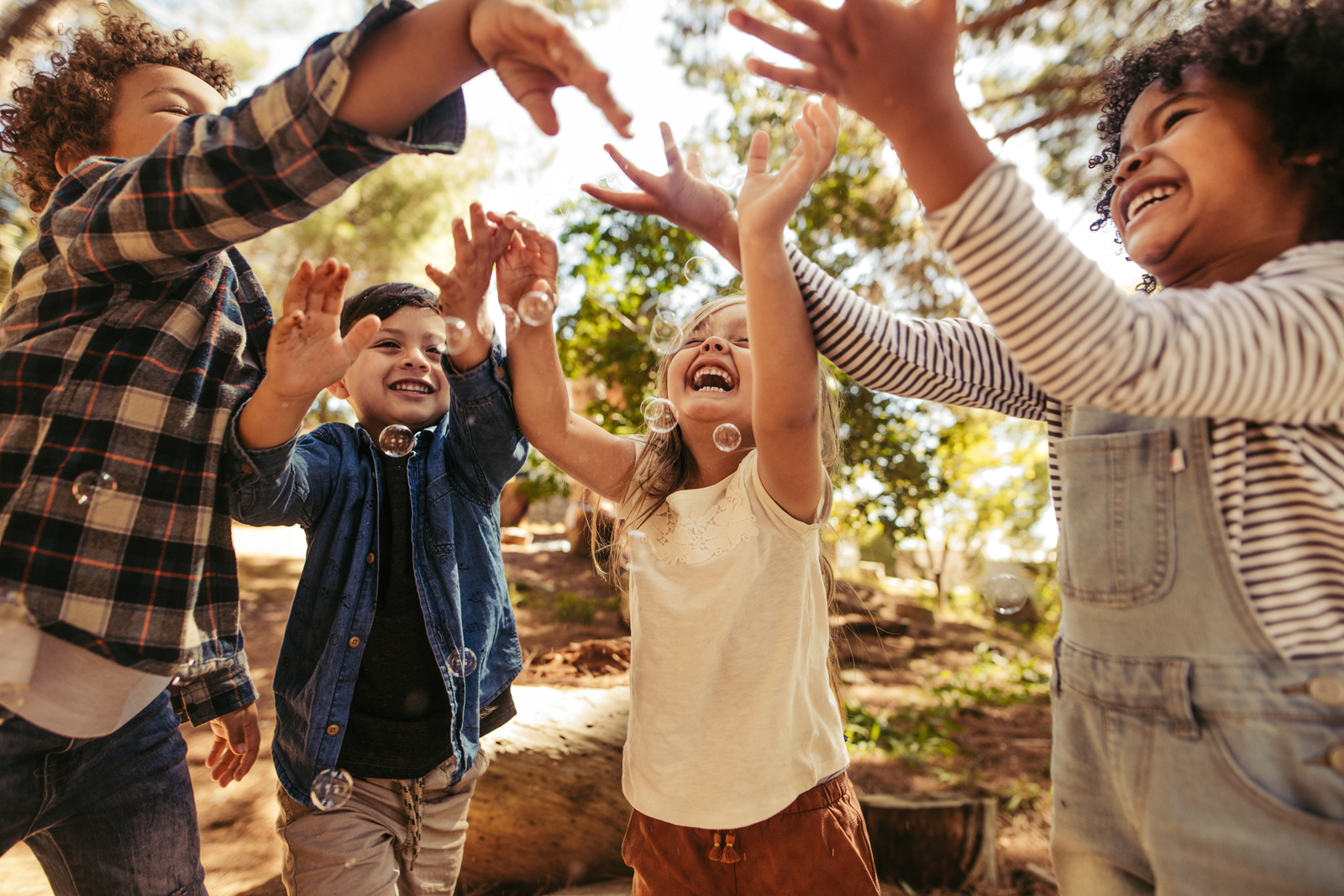 Stem cell research has been called the holy grail of modern medical research. With its “potential” applications in the cure of cancer, healing of spinal cord injuries, and reversal of neurological declines, stem cell research has become the “talk of the town.” The federal government and some states fund the research. Newspapers and TV shows report about it. People continue to hold out promises at the prospect of using stem cells to heal and offer hope for improved quality of life.

Such research raises emotional, ethical, and scientific issues. Politicians and celebrities have stepped forward promising that with more money and more support, the answers lie just around the corner to what ails us.

It is impossible to talk about potentially-incredible cures without equating them with incredible profits. Both the research team making the discovery and the company sponsoring the research stand to amass millions, even billions, of dollars. When an industry has these amounts of money at stake, the research potential becomes hyped, the progress exaggerated, and the public’s hopes for relief are heightened.

Because of lofty promises by the research community in the early years, many reports of healed hearts, calmed neurological tremors, healed wounds, and the paralyzed walking began to surface. In each case, a “grain of truth” figuratively took on legs and began to run. The hype gave rise to over-exaggerated hope in order to stimulate additional research dollars.

Sadly, that reality makes up our capitalistic society. It offers incentives and rewards for research which, in turn, accelerates interest and fuels progress. This reality validates the public’s perception of the technology’s medical successes, and in the process, the media releases news tainted by the very same companies that exaggerate the therapeutic progress of the research. It also feeds the emotional fires that often distort realities.

From an emotional standpoint, objectivity becomes an immediate casualty. The rhetoric of an emotionally-charged conflict for a cure becomes overly generalized, causing sweeping and often extreme accusations. These extreme statements, whether or not they are accurate, become alluring sound bites for media outlets perpetually faced with the need to cover and sell the news.

Such is the case with stem cell research. The argument works like this:

Then there are those “conservative, Bible-thumping Christians” who object to embryonic stem cell research. Most people don’t know that stem cell research involves varied stem cell sources. They just lump the research together as the type that holds a huge potential in helping people cure their serious health issues.

So, by the time the case against embryonic stem cell research is made, the media reports about those opposed to stem cell research. Those sound bites command attention, arouse emotions, and cloud the real facts.

A Problem with One Kind of Research

As one who objects to embryonic stem cell research, I argue for clarity within a framework of objectivity. I, for one, love the possibility of stem cell research. The prospect of research that can regenerate damaged tissue and organs remains an exciting prospect. Like most people, I have lost loved ones as a result of brain damage and heart disease. Many of my family and friends desperately want to improve their quality of life.

The problem is not the desire for an enhanced quality of life. Rather, the disagreement comes in the manner in which it can be ethically achieved.

Embryonic stem cell research remains the only objectionable type of stem cell research in that it takes a life to improve a life. Recognizing that human life exists at conception (Psalm 139; Psalm 51:5), the embryo is, therefore, human life. Left to develop as intended it will mature as human life. It never matures as anything else. It does not become a stick or a tire. It keeps growing and growing – always maturing into what it already is: a human being.

Under the new ethic of our times, society has become more accepting of the termination of human life. We saw it years ago with advocates for abortion who initially denied that life at conception meant a human being. Now they admit it is a human life, and they consider that life a sad but necessary casualty over the autonomous right of a woman to make choices affecting her body.

A case in point is Michael J. Fox, the actor who endeared himself to the public as Alex P. Keaton on the television sitcom, Family Ties, and as Marty McFly in the Back to the Future movie trilogy. He is sadly inflicted with Parkinson’s disease. Fox also serves as one of the highest-profile celebrities in support of stem cell research – and especially embryonic stem cell research.

In an interview with Katie Couric, Fox argued that the embryos lost in embryonic stem cell research would have been disposed of anyway. One would think the discussion centered on mealtime leftovers – not life at its earlier stage. Rather than wasting the embryos, let’s make another meal out of it.

The difference – and it is a major difference – is that in embryonic stem cell research, this early human life cannot be considered leftovers: these are leftover human beings at the youngest and most vulnerable stage of their development. They cannot even give their consent to be sacrificed. For that fact, they did not volunteer for disposal because they were left over after in-vitro fertilization efforts. They are incompetent and defenseless human beings volunteered by someone else for dissection and eventual destruction.

Before going any further, I want to make a startling admission: I think embryonic stem cell research has the potential to accomplish great things. I understand the logic of advocates for the use of embryonic stem cells in this research. These cells present not only an excellent possibility to regenerate organs and tissue but also hold the potential for side-stepping organ or tissue rejection. But, is a human life – or even the lives of many human beings – worth the sacrifice for such a cure?

Are Some Lives Expendable?

Perhaps, that is the point to be debated: are some lives expendable? Is there such a thing as an acceptable level of sacrificed human life for the sake of more people?

These are hard questions. Military leaders step into battle understanding that some lives might be lost in order to protect a nation. The major difference, however, is the cognitive consent and cooperation of the victim. A soldier agrees to serve and risk his life. The human being in the embryonic stage, however, cannot speak for itself. He or she cannot volunteer to become a sacrifice. There is no decision that can be made on the part of the smallest of all human beings.

If we agree with the logic of Mr. Fox, where do we draw the line? When does human life become expendable and victimized by reason of its unwantedness?

Years ago, advocates for abortion argued that abortion would reduce the population of unwanted children and thereby reduce incidences of child abuse. Do we then suppose abused children are unwanted and therefore should be used for experimentation?

Sound far-fetched? Hone up on the Nazi regime’s dealings with condemned prisoners. Their logic made prisoners of war and others convicted of a capital crime (i.e., those worthy of capital punishment) eligible as human guinea pigs. As a result, prisoners of war were subjected to gruesome and often fatal experiments in the name of research to help others.

There is a modern counterpart to this mentality. During Jack Kevorkian’s streak in assisting people to kill themselves, “Dr. Death” authored a book entitled, “Prescription: Medicide.” In it, he advocated the right to use condemned prisoners for scientific experimentation.

How about a person in the fetal stage who would otherwise be destined for abortion? Can it be argued that the doctor should be able to remove that child and artificially extend its life for the purposes of future experimentation? Sad to say, there is some rather gruesome video footage of such experiments being done in that regard.

Or maybe we should be able to dissect and cannibalize a newborn child who is not wanted because of some defect. The argument has been made by scientific leaders that unless such children are wanted or pass some test demonstrating potential, their lives are expendable.

What about terminally-ill patients? Should the elderly or the disabled be willing to forfeit their own lives for the sake of research and the potential betterment of society?

The problem with advocates of selective killing is that they cannot present consistent or sustaining logic in drawing the line. Either all of life is potentially vulnerable – depending on changing times and more – or all of life is to be protected as having the highest value in our society.

No lives are terminated in these types of research. Does it hold the full potential as embryonic stem cell research? Some say, “No,” but the better answer might be, “We don’t know yet.” Despite wonderful advancements that have already been made in adult and cord blood stem cell research, those efforts are still in their infancy. I am very optimistic that as research advances in those areas we will see great progress.

As for embryonic stem cell research, there is no defensible logic in terminating a defenseless life for the utilitarian purpose of helping the lives of others. There is a Biblical and moral obligation to cultivate a different solution that otherwise destroys life in the name of preserving life.