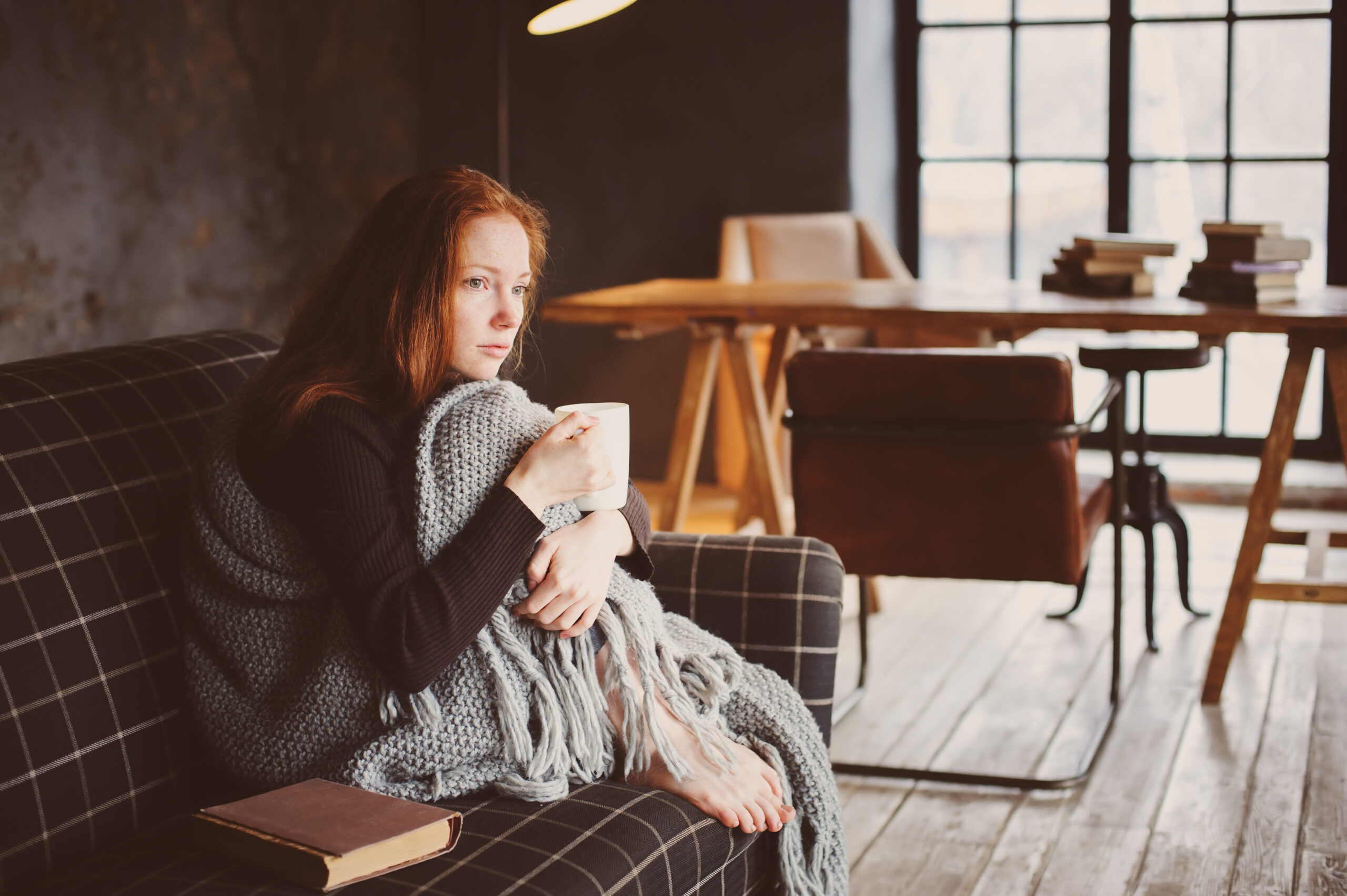 On January 22, 1973, the United States Supreme Court legalized abortion in all 50 states, Washington, D.C., and U.S. territories by permitting a mother to take the life of her unborn child at any time during the pregnancy. This “right” has been exercised more than 63 million times since that fateful day.

How We Got Here

Scripture warns such things would happen. Jesus said, “Because of the increase of wickedness, the love of most will grow cold” (Matthew 24:12). It was certainly evident when Jesus spoke those words. It comes as no surprise 2,000 years later.

World War II disrupted the lives of all Americans. When military men and women returned to their homes they brought back the horrors of war and new attitudes from foreign lands. Their hope was that WWII would become the “war to end all wars.”

Beginning in 1946 the number of births surged. Children born between 1946 and 1964 would later become known as the “baby boomers.” They would be the students on campuses in the 1960s when America found itself in another foreign conflict in Vietnam. To many of those students, engagement in another war violated the harsh lessons learned in the Second World War. Speeches, demonstrations, and organizing inaugurated a new way of thinking.

On the coattails of this effort was a growing movement to remedy inequalities that existed between men and women. The sexual revolution of the 1960s included the idea that men and women should be treated and entitled to equal considerations in all areas of life – regardless of gender.

On the premise of total equality, some activists argued, “If a man doesn’t have to be pregnant then neither should a woman.” Unless a child was planned and/or desired, a woman should be able to terminate the pregnancy.

When the cases of Jane Roe (Norma McCorvey) [Roe v. Wade] and Jane Doe (Sandra Cano) [Doe v. Bolton] came to a decision on January 22, 1973, the U.S. Supreme Court was poised not to interpret the law but to create new law. In a 7-2 decision, the Court legalized abortion.

The equality argument yielded its own logical conclusion that women need not carry a pregnancy because men do not have to. There was a hitch, however. The false premise of total equality (regardless of gender) came in direct conflict with the argument that an unborn child is a separate and unique human life – and worthy of protection.

Abortion-rights activists argued neither religion nor science could agree on when life begins. They reasoned that a woman should not be bound by the sectarian views of others who are more religious in nature.

This was a disingenuous position and one that would not be as apparent for another 20-plus years. While wordsmithing their arguments, advocates for abortion hedged their bets, arguing that even if what was developing in the womb would be considered “life,” it was not really a “person” entitled to protection.

It Is Wrong to Unjustly Take Life

Scripture provides principles and applications to express God’s will on how we should live. Most religions recognize that it is wrong to take life. The scriptural command that forbids murder (Exodus 20:13) is clear. To muddy the waters, abortion activists argued about high-emotion issues like rape and incest. They introduced philosophical debates that tried to distinguish between what is a “human life” and what is a “person.”

Psalm 51, in its expression of penitence, reflects the sorrow of King David who, caught in his adulterous sin with Bathsheba, orchestrated the death of her husband, Uriah, to cover up the transgression. He felt the conviction of his sin and much more.

In verses 1-4 he pleaded for forgiveness from God alone, who forgives sins that otherwise seem irretrievable. David knew of no restitution that he could perform. There was no apology that could undo what had been done. There was no fine he could pay to make things right.

David, haunted by his sin, said, “…my sin is always before me” (v. 4). On his own he could find no peace of mind; no solace from the sense of guilt and helplessness.

David needed God to make things right for the wrong he had done. He leaned on God’s “unfailing love” and “great compassion.”

David understood that he violated Bathsheba and caused the death of Uriah. Yet he saw that he really violated God himself – the One from whom all blessings flow. Any trial conducted by God on the matter left David defenseless. In fact, upon deeper reflection, David saw a bigger problem: “I was sinful at birth, sinful from the time my mother conceived me.” He was marked a sinner from the moment he came into existence.

Visibly there is nothing sinful about an unborn child “knit together in mother’s womb” (Psalm 139:13). The unborn child is yet unable to speak against God or others. A hand is not raised in an assault, and it is hard to imagine sinful thoughts coming from an unborn child.

What David recognized was that our accountability for sin does not begin with the first physical act of sinning but with our very existence. Both before and after the Flood, God indicated “every inclination of the heart is evil” from younger years and on. “Every inclination.” The very first intentional act, albeit it a desire or an instinct, is evil and reflects the original sin brought into this world by Adam’s transgression.

David did not attempt to parcel out or excuse his sin. In fact, the sobering realization of his sin with Bathsheba awakened an understanding in himself that the tentacles of sin could reach all the way into the womb – to the moment of conception.

Until 30-40 years ago it was agreed the word “conception” meant that moment when sperm and egg met – the time of fertilization. However, when abortion became legal and artificial reproductive technology entered the picture, it became useful to redefine “conception” to protect the technology being used. Today, the word “conception” is often redefined and equated with “implantation” of a developing embryo into the endometrium lining of the uterus.

This redefinition became convenient for various reasons. It permitted newly-created human life in Petri dishes to be destroyed prior to implantation because, under the redefinition, “conception” had not occurred. In addition, various forms of hormonal birth control that operate with a third mechanism to prevent implantation of a developing embryo would no longer be considered abortifacient because the redefinition meant “conception” had not occurred.

David’s choice of words to describe “conception” almost makes one blush. Professor em. James Westendorf, in a presentation to the national board of Christian Life Resources, provided this description:
“This word actually means to become hot and is almost identical to our phrase, ‘to come into heat.’ We use this phrase to describe the reproductive cycle of female animals. And the Bible does the same.”

David, who was raised as a shepherd boy, knew exactly what he was talking about. He carried with him the stain of sin not only from his birth but from the moment of his very existence resulting from the passionate union of a man and a woman. Because the essence of life occurs when sperm and egg join (fertilization), all other redefinitions are essentially attempting to permit new forms of sinning.

Are Things Getting Better?

Recently the U.S. Centers for Disease Control announced a decline in the number of surgical abortions in the United States. On the surface that sounds like good news. The gory picture of abortion surgically carried out at any stage of pregnancy is hard to eradicate from our minds so we welcome news that this procedure is on the decline.

What is alarming is the corresponding rise in so-called “chemical abortions.” These types of abortions are caused not by instruments but by chemicals crafted to cause a disruption in the endometrium lining to either prevent the implantation of a developing child or to expel one that is already embedded into the lining.

The use of pharmaceuticals to cause an abortion became legal in 2000. Recently government regulations permitted the use of such drugs up to the 10th week of pregnancy. According to a report from Planned Parenthood, the largest single provider of abortion services in America, 43% of its “abortion services” in 2019 were for chemical abortions.

An area of increasing concern about how these drugs harm the mother. The drugs themselves carry the warning, “Serious and sometimes fatal bleeding and infections occur.” Statistically, the potential for harm to the mother might seem small (less than 5%), but the reality of harm for the unborn child is huge (95%) because those not killed by the drugs are born with possible birth defects.

What Shall We Do?

The reality, however, is that women who want to abort a child will face legal obstacles. In other words, the sin will remain in the heart. That sin is resolved only by the same solution sought by King David: before the One who demonstrated his unfailing love and great compassion in the gift of Jesus Christ.

Simply stated, laws can protect lives but do not redeem hearts. The directive for God’s children still stands in the demonstration of love for God and for others. We do that by sharing the Gospel of Jesus Christ and reflecting that love in support and care for those who make the right decisions, regardless of how difficult those decisions can be.

Our mission remains unchanged. Proclaiming the destructive nature of sin and the restorative healing of forgiveness through Christ is our primary mission. It is when hearts are converted by that message that lives are saved and actions are truly God-pleasing.