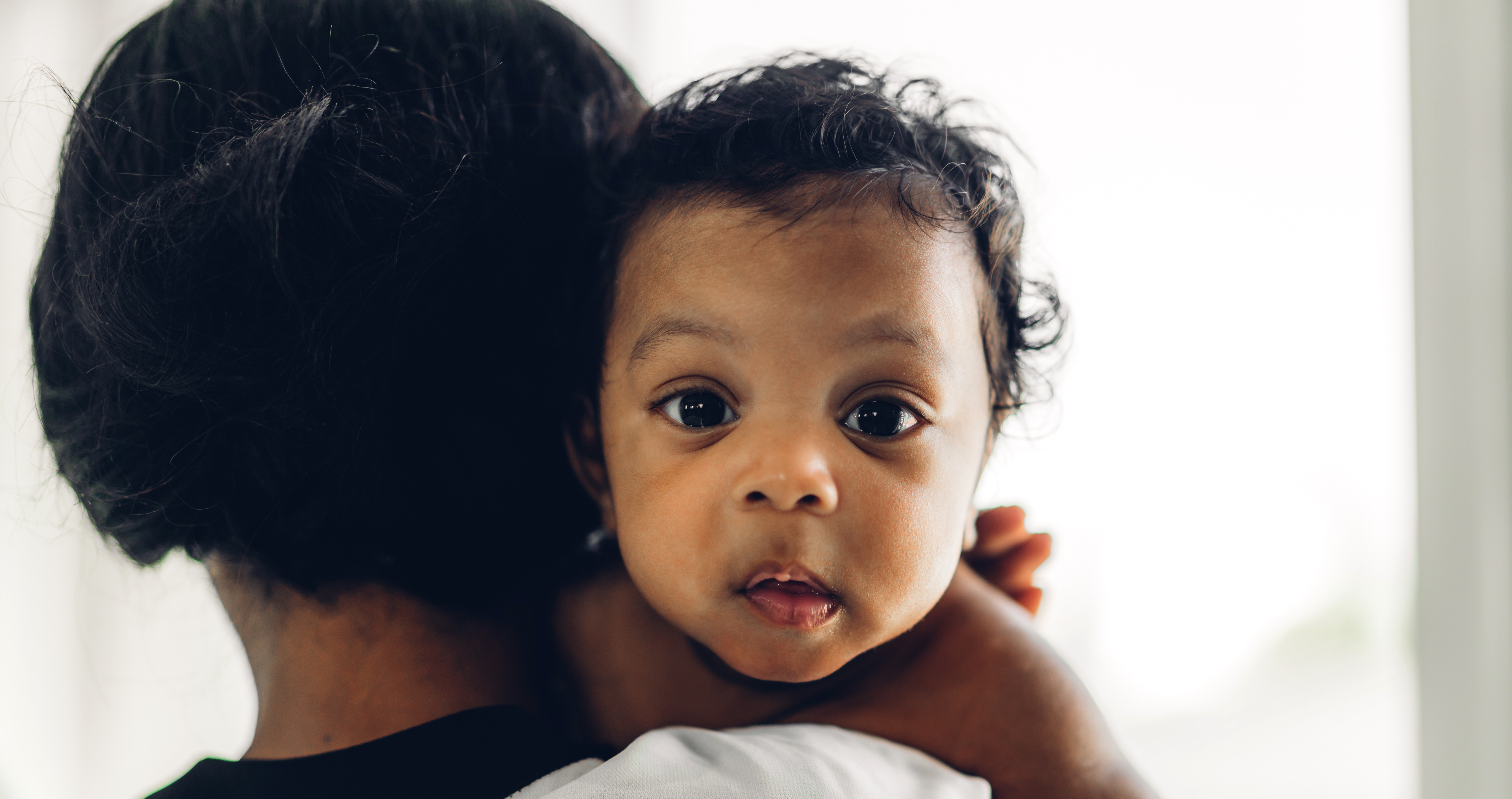 On this date in 1666 Emperor Shah Jahan, a descendant of Genghis Khan died. Not a big deal for most of us except Jahan built the Taj Mahal as a mausoleum for his third wife, Arjumand Banu Begum. Despite having multiple wives, Jahan was especially devoted to Begum. In fact, he was so devoted to her that it appears during their marriage he fathered no children except with Begum. During their 18 years of marriage, Begum bore a total of 14 children, half of whom lived to become adults.

Begum became one of the most influential people in Jahan’s administration. She served as his Empress and bore the title, “Mumtaz Mahal,” which means “the excellent one of the palace.” She reviewed legal documents and served as an advisor and confidante to the Emperor.

While bearing her last child, the 40-year-old Begum experienced problems. Her labor lasted 30 hours, she lost a considerable amount of blood, and she died. The official cause of death was listed as post-partum hemorrhaging.

History records that the death of Begum devastated the Emperor; in his remorse, he constructed the Taj Mahal – the “crown palace.” Considered one of the “Seven Wonders of the World,” the Taj Mahal serves as the final resting spot for Arjumand Banu Begum. Shah Jahan was later laid to rest next to his wife following his death on January 22, 1666.

It was 307 years later, on January 22, 1973, that the United States Supreme Court released its ruling in Roe v. Wade and Doe v. Bolton. Both cases dealt with abortion, and the ruling overturned all existing laws of the 50 states and U.S. territories. It made abortion – the intentional termination of an unborn child’s life – legal throughout the nine months of pregnancy. Since then desperate women felt the need to terminate the lives of more than 55 million unborn children.

There is a connection between the story of the Taj Mahal and the legalization of abortion that is seldom spoken of in the same article – the health interests of the mother and the life of the unborn child. Mumtaz Mahal was a real person – a wife, empress, and a mother. If you pried open the crypt within the Taj Mahal you would find the remnants of a body belonging to a woman known by her children and by the people of the kingdom and one who was deeply loved by her husband.

Those who argue for abortion rights focus on the woman – the mother, the tangible person known by her relationships, experiences, accomplishments, and independence. When you peel away the veneer of caustic rhetoric and the shrill of hyperbole, the argument for abortion simply states, “Let a woman make decisions about what happens to and within her own body.”

Those who argue against abortion focus on the unborn child – ever as real but whose relationships, experiences, accomplishments, and independence remain yet as a potential. When you peel away the veneer of caustic rhetoric and the shrill of hyperbole, the argument against abortion simply states, “It is wrong to end the life of a human being – especially in its most defenseless condition.”

Both sides are right and are deserving of a reasoned discussion, but the intense emotional nature of the issue makes such conversation difficult.

My Body – My Choice

To erode anyone’s right to make decisions about what happens to or within one’s own body is a frightful thought for those charged by God Himself to be stewards over their bodies. Scripture calls our bodies “temples of the Holy Spirit” (1 Corinthians 6:19) and worthy of the highest protection (Genesis 9:6). If others enslave us to the whims of forces beyond our control it becomes difficult, if not impossible, to protect and care for our own lives.

Many are concerned today for the future of health care as we age. Do we want panels of detached professionals deciding whether our lives are worthy of more surgery, more treatment, better care, etc.? Do we want to become living cadavers for experimentation that might work or might disastrously fail? How do we properly allocate limited resources in caring for our bodies and our lives?

The “my body – my choice” mantra certainly has relevance as we consider the care we want for our bodies. So also does it have relevance in the abortion decisions that are made.

When debated in the early 1970s, abortion advocates argued that no consensus could be reached on the starting point of human life. Although there was more consensus than suggested, there was also ambiguity. That threshold, however, has been crossed.

In the early years of the movement, abortion advocates argued for “safe, legal but rare” abortions. Why rare? It was an unspoken acknowledgment that abortion was more than a surgical procedure.

Then in the mid-1990s, abortion-rights advocates revealed their own understanding of life in the womb. Naomi Wolf, a feminist and supporter of abortion rights, wrote, “Clinging to a rhetoric about abortion in which there is no life and no death, we entangle our beliefs in a series of self-delusions, fibs, and evasions.” [1]

In 2008 Camille Paglia, another high-profile advocate of abortion rights, acknowledged, “I have always frankly admitted that abortion is murder, the extermination of the powerless by the powerful. Liberals, for the most part, have shrunk from facing the ethical consequences of their embrace of abortion, which results in the annihilation of concrete individuals and not just clumps of insensate tissue.” [2]

Abortion opponents have long argued the truth that abortion stops a beating heart. It is a medical fact. To have a “successful” abortion there must be death – specifically, the death of a human being growing within the womb.

This is no longer hypothetical. While there will always be the naysayers questioning reality, there is a consensus among abortion opponents and advocates that “abortion does stop a beating heart.”

Is There Common Ground?

An argument solely for the interest of a woman’s right over her body (without acknowledging the reality that life is sacrificed) is irresponsible. To argue only to protect the unborn child without acknowledging the legitimate interest we all have in protecting rights over our own bodies is also irresponsible. Both sides of the debate have valid concerns.

Can we respect a woman’s right over her body while also respecting a person’s right to live after its conception? It requires a shift in thinking on both sides of the issue.

The cause to protect life is persuasive. All human life is God’s creation, redeemed by Him through Christ. To suggest that unborn life is more important than born life, or that the mother is more important than her unborn child is ridiculous – considering the fact that holy blood was shed for both. Christ did not play favorites, and neither should we.

The veneration of life in a sinful world involves more than staking out righteous positions. It involves helping people through the wrong decisions they have made. The process must begin with honesty. There are things that are wrong – plain and simple. Glossing over wrongful decisions with such arguments as “extenuating circumstances” might make for a good reality show but they don’t hold water with God. No one is righteous in His eyes (Romans 3:10). God does have a standard of right and wrong, and as some things are right some things are also wrong.

We are, however, sinful. We make mistakes. We make wrong decisions. We hurt ourselves. We hurt others.

Because the world is sinful, we experience sickness, hardship, heartache, mistakes, frustrations, tragedies, and death. In our calling to care for others it is an assignment to help people cope with the consequences of sin in the world and in their lives. Sometimes it means providing food for the hungry, and sometimes it means offering a portion of a liver for a transplant for someone whose sin of excessive drinking destroyed it.

Our love for others is a response to a need – not a response to righteousness. No one needs our help doing everything in life correctly. They need our help when they make mistakes and bad choices, run with wrong friends, and take too many chances.

Speak Up and Step Up!
Yes, promiscuity is wrong. Yes, abortion is wrong. Anyone who believes the Bible to be God’s Word cannot argue these points. As God’s children part of our faithful proclamation of His Word is to speak this truth.

If, however, pointing out error is all we do, do we not ignore the plank in our own eye? It is not enough to tell people how to live, but charity demands that we help them in that task.

It is wrong to callously terminate a human life because of some unfortunate choices we make. It is wrong to force a woman to bear a child not planned or wanted by mere edict without helping her to live with that circumstance

As “right” and “wrong” are often more black and white than we want to admit, so also is the calling for you and me to take the plight of those who have made wrong decisions so that they might get back on track with their lives. We do that through New Beginnings – A Home for Mothers and our pregnancy care centers, as well as our education program conducted throughout the United States and around the world.

Each of us must speak up with the truth and step up as agents of compassion. There are real women who face real consequences from unplanned pregnancies. There are real babies needing protection. Isn’t it time each of us resolves to love them both?