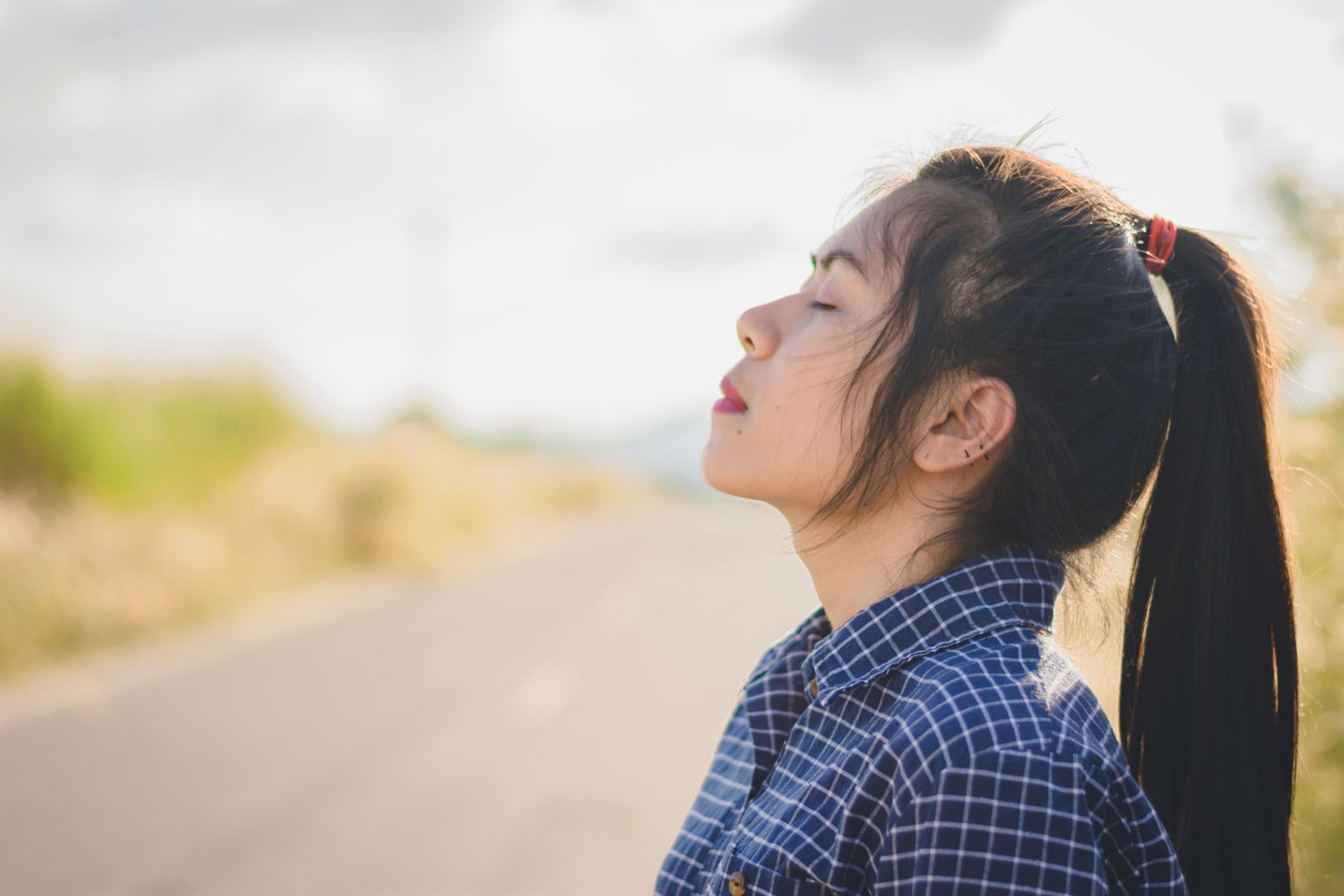 Sometimes a person just needs to take a deep breath, exhale slowly, and calm down. Let’s start there.

On June 24, 2022, the U.S. Supreme Court issued the Dobbs ruling overturning the infamous 1973 Roe v. Wade decision on abortion. It set off a firestorm. Abortion advocates called the ruling an attack on women’s health care, robbing her of reproductive freedom.

Even though abortion can be characterized as a “deeply personal decision,” it is often played out politically. Strategists debate the electoral value of one’s position on abortion. Activists on both sides write letters to the editor, post comments on blogs, and make considerable noise which often resorts to name-calling, insults, and villainization of others.

Even under house arrest, the Apostle Paul continued to teach and minister to others, including a young man named Timothy who, several years later, became the pastor of a congregation. Paul wrote him two letters.

Feeling opposition from both the Roman government and Judaizers, some church members were compelled to return to the old performance-based faith practices. Some wanted to soften the message of the truth as something safe and comfortable in that volatile culture. Paul writes:

For the time will come when people will not put up with sound doctrine. Instead, to suit their own desires, they will gather around them a great number of teachers to say what their itching ears want to hear. They will turn their ears away from the truth and turn aside to myths. But you, keep your head in all situations, endure hardship, do the work of an evangelist, discharge all the duties of your ministry. (2 Timothy 4:3–5)

What Did You Expect?

Those who lived were raised in a culture that allowed the legal killing of unborn children. Language, legislation, and entertainment conditioned people to accept the termination of the lives of the most defenseless of humans.

Initially, we thought the facts would prevail. If we showed sufficient evidence that unborn life was more than a “blob of tissue,” we would win the day. Unfortunately, ignorance of biology wasn’t the only problem.

In 1995 Naomi Wolf, a feminist and abortion-rights advocate, wrote,

I still maintain that we need to contextualize the fight to defend abortion rights within a moral framework that admits that the death of a fetus is a real death.

She argued for honesty in what she and a chorus of other feminists called a “sad but necessary evil” to protect a woman’s right to control her own body.

A line had been crossed. Some lives are expendable.

It is an elite notion that some lives are expendable. To win such a case, “common people” need to be “protected” from the “truth.” That is why one rarely hears advocacy for “abortion.” Instead, the focus is on protecting “reproductive choice.” Despite Naomi Wolf’s candor, no politician or abortion rights advocate wants to talk about the life that is ended in every abortion.

We have seen this elitist notion before. The Nazis promised a better alternative for the German people than the terms set forth in the Treaty at Versailles – but to reach that alternative, the truth had to be hidden.

It started as Aktion T4, the involuntary euthanasia program of Nazi Germany. Beginning in 1939 the physical and mentally infirm were gathered and terminated. By the end of the war in 1945, nearly 300,000 people were euthanized in that program.

Beginning in 1941, further “cleansing” began and resulted in the termination of approximately six million European Jews.

From 1939-1945, most Germans looked the other way, convinced by the propaganda that usurping authority over life in some instances would be acceptable.

There is a way that appears to be right, but in the end it leads to death. (Proverbs 14:12)

We saw it in Eden. A chance to immediately be like God.

We saw it again at Babel. A chance to sidestep the will of God and seek self-glory.

History is full of “Babel repeats.” Sometimes it was the impatient smacking of a rock with a stick (Numbers 20:11), the creation of an alliance with an enemy (2 Chronicles 19 and 21), or the lopping off a servant’s ear (John 18:10). Persistently man imagines a different path in life, and decides to take matters into his own hands.

Since 1973, our citizenry has been indoctrinated to venerate autonomy above all things – even an unborn child’s life. Even some Christians argue that abortion might be better off as a “private decision.” It sounds like a great idea unless you are the unborn child!

Logical thinking is built on consistency. The strength of the logic becomes amplified when consistently seen and held up under comparable circumstances.

Logic, however, has one enemy: namely, emotion. When logic says one thing, and emotion in the form of passion, desire, affection, hatred, despair, etc. says something else, it is very common for emotion to win out.

Abortion advocates speak about maternal death as a result of illegal abortion. They speak with heart-wrenching terms and sweeping generalizations to win hearts when logic is their enemy. It worked for Hitler. It works for abortion. It works for everyone, but the child.

When was the last time you heard an abortion advocacy commercial argue for the right of a mother to terminate the life of her unborn child? Never! That logic is condemning. Instead, the issue is reframed into a matter of autonomy, individual rights, and the use of emotional hyperbole. Logic does not support the premise that it is good and natural to end the life of someone who depends on you.

The late Supreme Court Justice, Ruth Bader Ginsberg, felt legalized abortion came about too quickly, reasoning that it takes people time to become used to the idea. It has been almost 50 years. Candidates now make abortion rights arguments central to their campaigns.

Some states press for referendums to get their way. When legislation can’t be passed legally, judicially, and logically, the approach is to whip up an emotionally well-crafted campaign to sway people to buy into and win a specific position.

This is all smoke and mirrors.

Both sides of the abortion debate must face some hard truths:

Stay Calm & Get to Work

It is easy to become overwhelmed. My “social action” nature compels me to solve this problem with politics and legislation. My “spiritual action” nature moves me to evangelize the world with truth, creating change from the inside out. I suggest starting with an internal activism.

I’ve often found myself sitting in judgment over all others in this regard. I’ve condemned those who would kill their offspring, and those who know better by simply letting it happen. The reality is that the darkest spot remains in me. I must continually fight self-righteousness and acknowledge the times when I remained silent, timid, or swayed emotionally when the logic told a different story.

My point is this: changing the world starts internally, and it is a daily battle. None of us is immune from the deprogramming that goes on around us. We too have been immersed in the life-compromising, God-ignoring rhetoric, and culture of our time.

Christ did for us what we could not do. Loving others means more than just being right on a moral issue. It means embracing all that rightness means. It means correcting with “great patience and careful instruction.” It means being willing to “suffer for doing good.” It means “turning the other cheek, walking the extra mile, and sharing with those who are in need.”

Because all of this sounds painful, it reminds me I have a ways to go.

We are daily projects of soul-searching and spiritual maturation. Our calling to speak up for others and to grow spiritually are simultaneous activities. As we understand sin in our lives, and Christ’s answer to sin, we stop seeing the speck in others’ eyes without seeing the plank in our own eyes. We seek to help others because we grasp what it means to be the object of perfect love that rescued us for eternity.

Things are getting worse. People hated Jesus, and they hate his followers. The degree of friction today in response to our concern for the unborn and born reflects this reality. If you find living your faith is going well for you, chances are you are doing it wrong.

Don’t be overwhelmed by all that is happening. Stay calm and stick with the truth. It may not always survive in a world naturally hostile to God, but it will hold you forever!